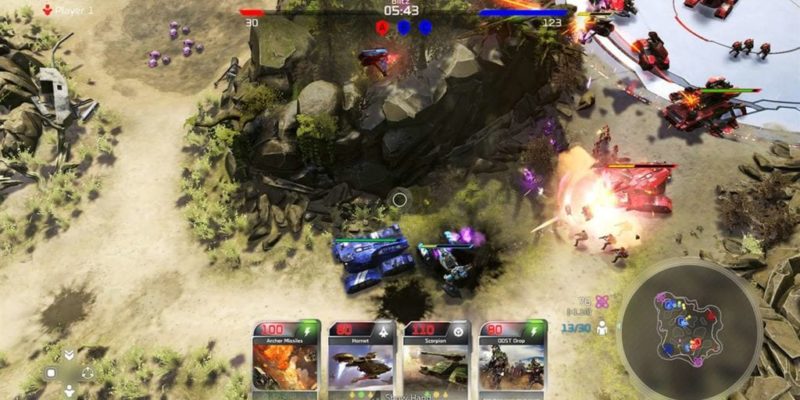 An open Halo Wars 2 beta is available on PC (well, Windows 10 PCs) through the Microsoft Store today. Specifically, it’s a beta of the ‘Blitz’ mode which says it “combines card-based strategy with explosive combat”. It’s 12GB in size.

The more traditional Real-Time Strategy multiplayer modes will still be present in Halo Wars 2, but they’re not in this beta. Blitz is all about using your faction leader and unit cards to capture points on the battlefield in 1v1, 2v2, or 3v3 games. Hold control points uncontested, and you’ll accumulate points. If a team reaches 200 points, they triumph. Otherwise, it’s the team with the highest number after the twelve minute timer runs out.

There doesn’t appear to be much in the way of base-building in Blitz, but you do need to keep an eye on your Energy levels. Energy is the “currency” of the mode, spent on deploying your card units. You’ll passively generate Energy at a slow, steady rate – but will need to watch for Energy Cells being dropped on the battlefield as well.

Basically, it sounds like doing the beta’s tutorial will be a smart idea before trying to dive into a match. Halo Wars 2 is coming out on 21 February.