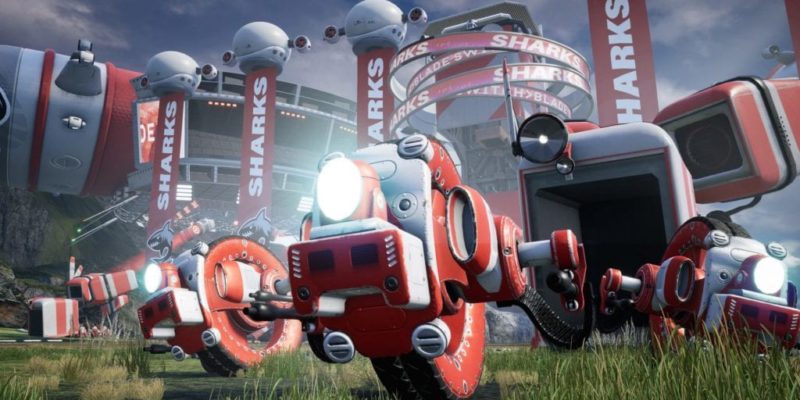 Creating a successful MOBA is not easy, there are a few that are doing well and others that have not managed to survive beyond a beta test. Coming up with a new take on the hugely popular genre could be the key to success and Lucid Games are about to have a crack at it with SwitchBlade.

Forget fantasy characters darting around a three-lane map, SwitchBlade is all about vehicle combat but with familiar MOBA mechanics. Lucid is taking the staples of the genre but adding their own twist to this game which is going to be released on PC and PS4.

In SwitchBlade, players are dropped into a map along with four other players. At the start of the match, each player can select two vehicles which can be switched out on the fly while in the game via a dropship. Like traditional MOBAs, each vehicle acts like a hero character with its own attributes and skills. There are speedier vehicles, vehicles with heavier firepower, snipers, artillery, and even vehicles that can heal. The roles are reasonably well defined. 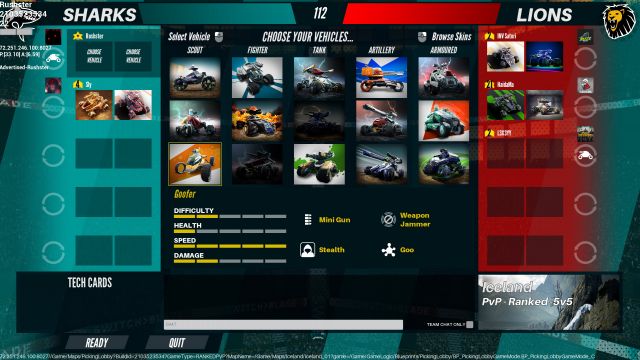 As the match gets underway, mobs, which are represented by robots on large wheels, roll their way up the map towards the enemy tower defenses which include a first tier gun tower which sits in front of the main core tower. There are two of each of these on the left and right side of the map. Attacking the first gun tower and disabling it lets the minions through to attack the main tower. Once that is gone the first tier gun towers fall. Sound familiar? Despite these MOBA similarities, the game does play more like a brawler than something that’s super strategic.

The vehicles all have their distinct styling but they are not quite as recognisable as you would find in a character based MOBA, especially from a distance. This poses the problem of knowing when to back off or when to go for the kill, and as this is played in third-person, it makes recognition a little trickier. More play time may resolve that problem but it’s quite fast-paced and the shapes of the vehicles are sometimes too similar. 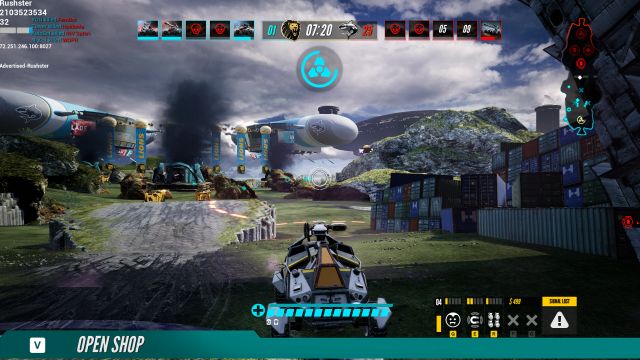 Making vehicle combat engaging is a tricky business. Movement, weaponry, steering in one direction, firing in another, and also making the vehicle feel maneuverable are all things that need to be considered. Vehicle combat games usually end up with players driving around in circles or bashing into each other and SwitchBlade currently suffers from this frustrating problem.  Being able to move sideways would eliminate that problem but that’s not how cars work. Perhaps Lucid should think about it though because it could make the game and combat feel a little more fluid.

As you progress in a match and gain more XP it’s used to upgrade the weapon power. Currency is also gained through kills and mob kills as the match progresses which is used to equip further upgrades which are bound to a couple more keys when activated.

In typical MOBA fashion, there is an item shop to add these upgrades which can be accessed before launching off the platform into the map and there are also shop points on the map to make changes while in combat. The items available vary depending on how you want to play the match and improve the vehicles with consumables and vehicle enhancements. 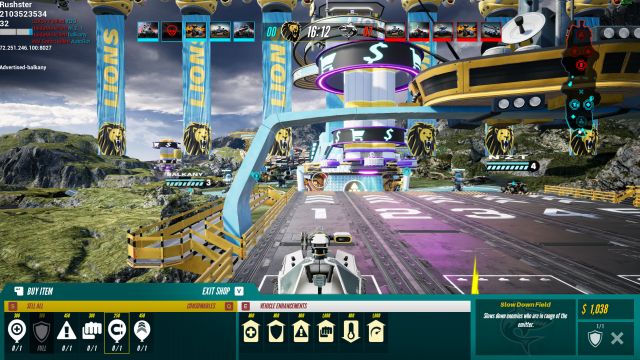 The first thing players will notice when they start playing is that there’s an auto-lock on the targeting which can be incredibly frustrating as the crosshair often locks onto something you don’t want to shoot. This means readjusting the vehicle turret with the mouse quite frequently in the heat of battle. The fact that SwitchBlade is also coming to PS4 probably explains this, and to be fair, targeting without it would be pretty difficult due to the way in which the vehicles move and the speed around the map.

SwitchBlade is looking promising and it’s great to see a slightly different take on the MOBA. The game is currently in testing but it’s going to take more work to iron out some of the niggling problems such as movement, and of course the balancing of the vehicles. With matches being reasonably short at around 15-20 minutes, it’s one of those games that’s easy to jump into and get a quick fix.

Lucid is going to have to work hard to build a loyal following to capture a new audience because the MOBA crowd are unlikely going to drop their favourite MOBAs for SwitchBlade. It’s just too different from the more popular MOBAs. This may actually end up working in Lucid’s favour. It’s definitely a game to keep an eye on and gamers can still sign-up and get on the beta test. Interestingly enough, every single player in the matches I was in had come from Paragon (RIP) but these two games are in no way similar.