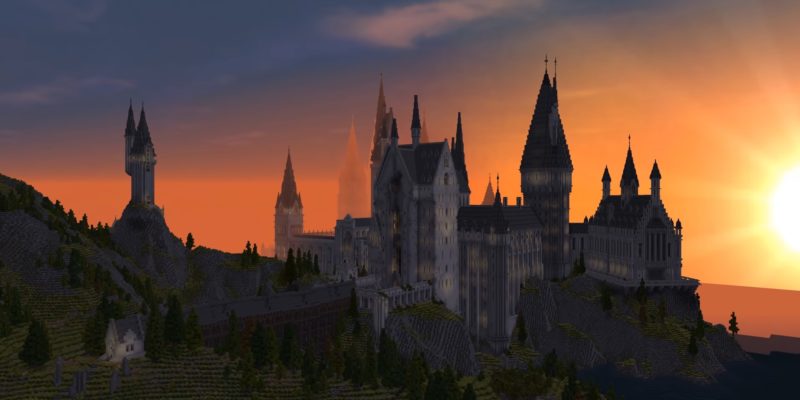 The Harry Potter Minecraft mod that allows us to adventure through the Wizarding World has finally been released. A trailer first surfaced back in January and had many fans excited to attend the School of Witchcraft and Wizardry. But don’t let the name fool you. This is more than just a mod. This is an entire game within a game, with storylines, cutscenes, and everything. It is a complete overhaul of Minecraft to accommodate a world of magical stuff. The mod is available to download right now and can be played both solo and multiplayer.

Many a Harry Potter fan is desperate for a good video game after the movie adaptations — and the accompanying video games — ended. And while the Harry Potter games from the mid-2000s were good fun for the fans, they were never really what you would call amazing games. With no word yet on that leaked Harry Potter game reveal rumored to be shown at the now-cancelled E3 this year, there is no way for fans to get their fill.

This Minecraft mod changes everything. Even though you are “just” a regular student, you do finally get to receive that Hogwarts letter you never did in real life. But it doesn’t end there. Hogwarts is in the game, as is Hogsmeade, the Ministry of Magic, and even parts of London. You get to actually go to Diagon Alley to buy your school supplies and take the Hogwarts Express from Platform 9 3/4. You get to walk from Hogwarts to Hogsmeade or, since you have the Marauders’ Map, take one of the secret pathways.

The mod features a whole host of magic spells, quests, and activities. We’re not quite sure if Harry Potter himself is in the game, but Albus Dumbledore is the headmaster, so chances are you’ll also run into the Boy Who Lived. And with a little luck, you’ll get to curse that snake Draco Malfoy while you’re at it.

This incredible work of Minecraft art is available for free.