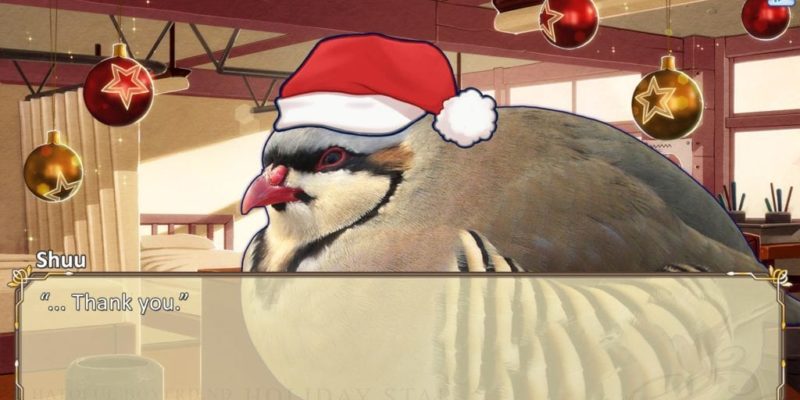 Hatoful Boyfriend: Holiday Star has players travel to stylised winter worlds, meet some new chicks, and find romance with a hot bird of your choosing. Pretty much all of which should be taken literally, because this is a game in which you converse with and date birds. Actual birds. With wings.

If the screenshots below are of any indication, plenty of fan-favourite characters will be returning – including Dr. Shuu, the creepiest partridge the world has ever seen.

Hatoful Boyfriend: Holiday Star is currently incubating, but should hatch sometime around the thematically inappropriate season of autumn.