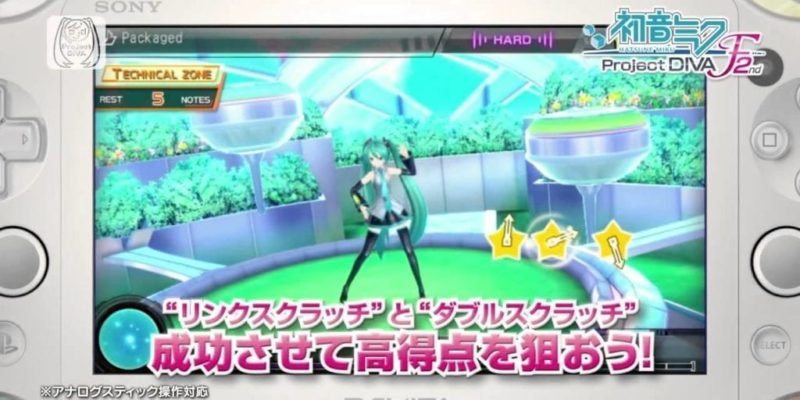 The sequel to this game, Project Diva F 2nd has also just been announced to drop next month as well for Playstation 3 and Vita in Japan.  The sophomore game of this serious will include over 40 new songs, 160 new costumes and 20 different skins to choose from. It includes an updated feature refereed to as “scratching.” This is when instead of just tapping the joystick to hit the stars during gameplay, you’ll now have to drag it in various patterns across the screen. There are still help items and challenge items to vary game play.  The “live concert anywhere” feature will have the AR Live mode on PS Vita, and a simulation of the Magical Mirai 2013 concert on the PS3 version.

With Project Diva F coming to the states on Vita next month as well as Project Diva F 2nd hitting Japan, there will be plenty of vocaldroid greatness to jam along with worldwide. Feel free to import this second game if you can after you are done with the first, but if you can wait just sit tight for a Western release of the second….. and let’s hope it to be soon!

Tales of Symphonia now returns for the Playstation 3

By Matthew Loffhagen51 mins ago
News