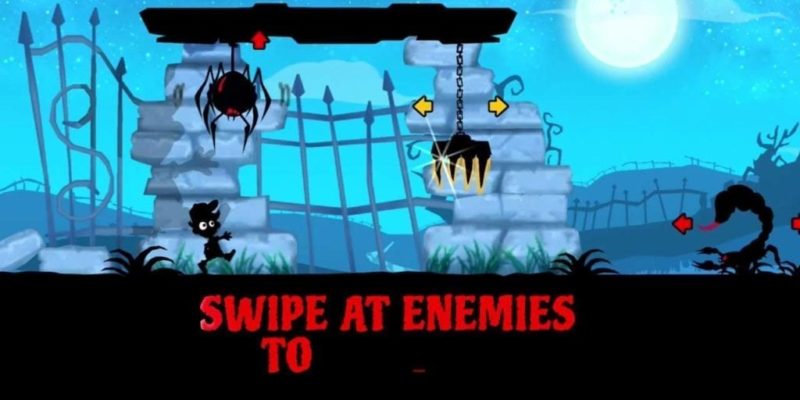 Atari, one of the world’s most recognized publishers and producers of interactive entertainment, today announced the launch of a re-imagined, free-to-play mobile version of the classic game Haunted House, for iPhone, iPad and iPod touch. The spooky fan-favorite is free-to-play and available for download in the App Store.

Developed by Kung Fu Factory, the team behind the popular Teenage Mutant Ninja Turtles: Rooftop Run, Haunted House is filled with creepy fun and new gameplay. Entering the endless runner app, players are instantly dropped into the shoes of a boy who becomes lost in a scary place. To help him find his way home, players must protect and clear a path for him as he runs, jumps, and outmaneuvers treacherous traps hidden throughout the creepy mansion and graveyard. Thwart monsters to advance, trigger springs and build bridges to reach new heights and stay alive by picking up power-up boosts including:

A PC version of Haunted House, a darker and different rendition of the mobile game is currently in development and is set to release in Summer 2014.

“From enthusiasts of the original Haunted House to today’s on-the-go mobile gamers, players of all ages and generations are in for a completely new and fun gameplay experience,” said Fred Chesnais, Chief Executive Officer, Atari, Inc. “As we look to celebrate and refresh classic titles likeHaunted House and RollerCoaster Tycoon, we will continue to extend fan-favorites to new PC, digital, social and mobile versions, as well as expand the Atari brand to online gambling and other gaming platforms.”

As an iconic brand that spans the digital gaming, online gambling and platform gaming industries, Atari’s debut of Haunted House for iPhone, iPad and iPod touch comes on the heels of multiple partnerships and launches in the first quarter alone. These milestones include the release of RollerCoaster Tycoon 4 Mobile™ for iPhone, iPad and iPod touch and forthcoming PC version, which is set to hit shelves during the 2014 Winter season. Atari recently announced a third-person, multiplayer online combat game titled Minimum, which is now available for early access on Steam.  Lastly, Atari announced strategic partnerships with FlowPlay – to debut its first social casino, Atari Casino (Fall 2014), and Pariplay – to develop and launch Atari-branded real-money gambling and lottery video games (Late 2014).

Tom Clancy’s The Division Will Be Available In 2015