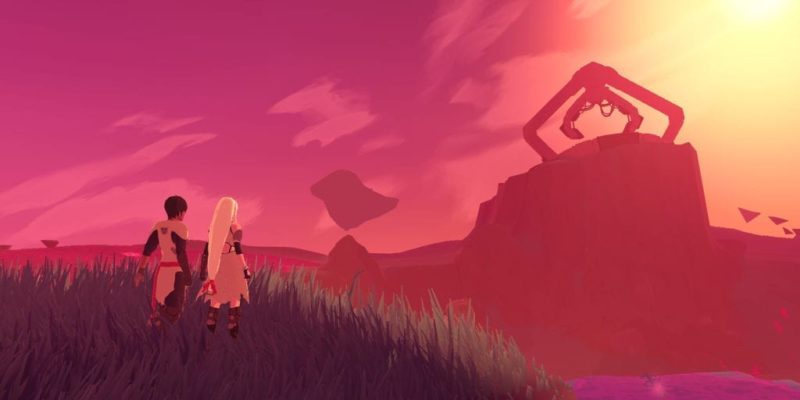 The Game Bakers, developer of the difficult but wonderful Furi, asked a question in its game blog that has also been on my mind. What’s next after Furi? The game was challenging, engaging, and beautiful — “a frenzied boss rush game about freedom,” wrote co-founder Emeric Thoa. Naturally, fans of the frantic hack-and-slash game wouldn’t mind seeing a sequel. However, Furi 2 was never in the cards for the team. Instead, the developer is slowing the pace for its next game, Haven. While Haven — like Furi — will run along similar themes of “fighting for freedom,” it is a game about tranquility and love. And today, we get to see the game in action.

In Haven, you play as two characters romantically intertwined, Yu and Kay. Together, the protagonists glide and weave across a planet rich in color. I was getting some vibes of games like Journey and Flower while watching the gameplay. In the video, Yu and Kay drift over the landscape, returning the blue grass from the purple “rust” coating the world. Thoa also makes the connection to Journey, calling it one of the team’s influences for Haven. However, he mentions a second influential game: Persona. 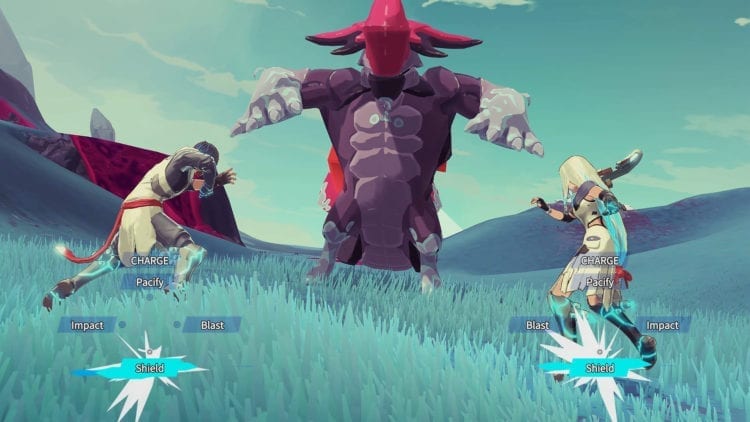 It’s not just an adventure game, but an RPG as well.

Haven is not merely a narrative-driven adventure game; it’s also an RPG. Both Yu and Kay are controlled at the same time during combat. During a fight, you give each character a command, like attacks and blocks, and allow them to follow through. It seems more along the lines of an MMO, rather than your typical JRPG.

Beyond fighting beasts, you must also deal with another great challenge: a romantic relationship. Yu and Kay are not two characters you try and get together like in, say, Mass Effect; they’re already in a relationship. They cook and eat together, as well as have conversations (sometimes about breakfast). Dialogue choices are abound, and certain options you choose could change how the story plays out. To make the relationship more personal, a second player can join in for co-op at any time — maybe even a significant other? 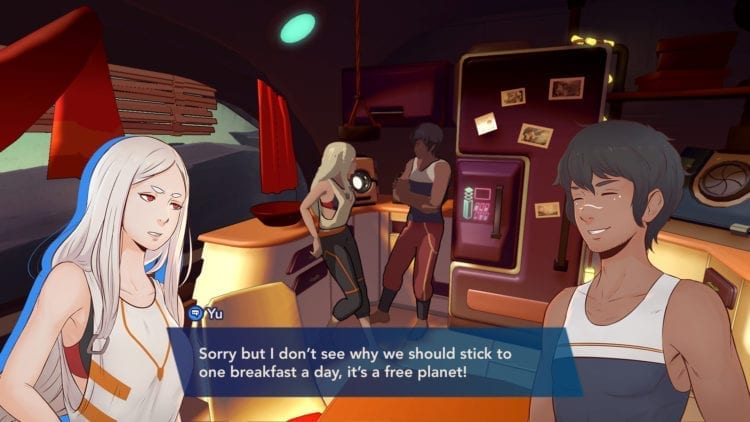 Few conversations are more important than “What about second breakfast?”

“The story of a couple fighting for their freedom, an established relationship: what love looks like when you’ve moved past the early seduction phase, when you can be your true self with one another,” wrote Thoa in the press release. “I don’t think that’s been done much in video games.”

Haven is certainly a step away from a game like Furi. The game seems almost calming in comparison. I still recall all the times I screamed at the wall trying to take down another boss in Furi. However, one element from Furi is making the transition. The soundtrack is being done by Danger, the artist behind some of the music in the Furi soundtrack.

Haven will launch on PC sometime next year.

Baldur’s Gate III: The case for a turn-based combat mode