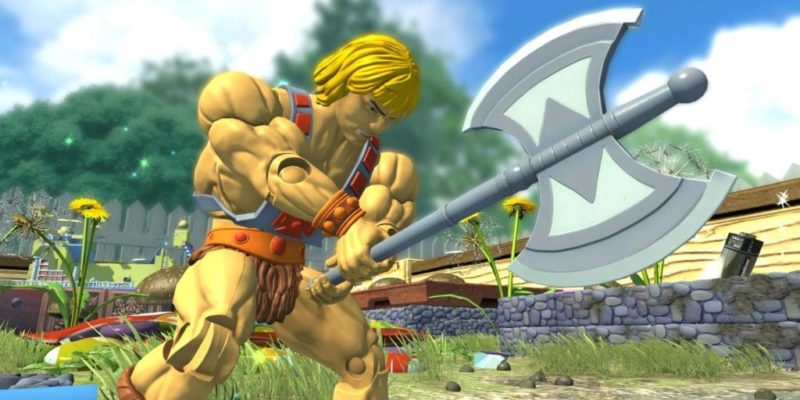 By the power of Greyskull! He-Man and GI Joe will be battling it out in toy-based tower-defence Toy Soldiers: War Chest.

Sort of, anyway. Toy Soldiers: War Chest is going to be available in two editions: a standard edition, and a Hall of Fame edition. The standard edition will contain four armies; the Kaiser’s World War 1-era German forces, Starbright’s army of teddies and ponies, the Dark Lord’s army of monsters, and Phantom’s futuristic guerrilla unit. The Hall of Fame Edition will include four more armies, all of which are licensed. Two of these are He-Man and GI Joe.

Moving aside from Ubisoft’s sigh-inducing love of releasing multiple editions, even for digital-only titles, I actually really like this. For a game about action figures and toys battling it out, getting some licensed action figures and toys seems like a dream scenario, and He-Man and GI Joe are both pretty iconic. Any guesses as to the last two licensed factions? Thundercats? MASK? I’d be surprised if it was anything quite as huge (and still relevant) as Teenage Mutant Ninja Turtles, Barbie, or Transformers, but…

The last two licensed armies in the Toy Soldiers: War Chest Hall of Fame Edition will be announced before the game launches digitally this summer. For now, you can see all six announced armies in action courtesy of a trailer and some screenshots below.

Ninja Theory’s Hellblade is all about psychosis

By Otto Kratky49 mins ago
News