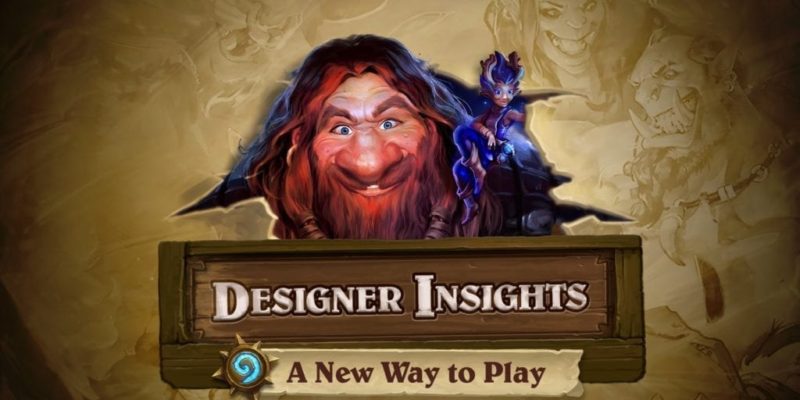 Today, Blizzard Entertainment announced significant changes to their popular trading-card game Hearthstone. The changes will see the introduction of two formats, Standard and Wild. The format changes will apply only to Ranked and Casual play. In the Standard format, players will be able to build decks only from cards released in the current and previous calendar year, and from the Basic and Classic card sets (which will never rotate).

The changes will come into effect with the next expansion pack, to be released early this year. At that time, the expansion sets Curse of Naxxramas and Goblins vs Gnomes will be eliminated from the Standard card pool. The Standard format will be the official Blizzard tournament format, and will govern the Hearthstone Championship Tour and the Hearthstone World Championship.

The retired cards won’t disappear, however. They’ll remain playable in the new Wild Format, which will include all cards ever released. They’ll also continue to be available in Arena, which will remain unchanged, along with all solo play.

Ben Brode stated that the changes come from concerns that new expansions don’t make a big enough of a splash on the metagame if they’re thrown into a large existing card pool. Additionally, many of the cards create design restraints that limit future development. By phasing the cards out, the design team can ensure better balance and a more dynamic metagame. Some of the current Basic and Classic cards are also expected to undergo balance changes, although there is no word yet on which ones.

Notably, the changes mean that old solo adventures will no longer be available to buy when their cards are phased out of the Standard format. The cards will remain available to craft through dust, but if you want to take on the challenge of playing through Curse of Naxxramas, you should do so now!

It remains to be seen how this will affect the balance in Standard, with so many cards soon to leave play, but hopefully in the long run it’ll ensure a an exciting and vibrant game.  Let us know your thoughts below.