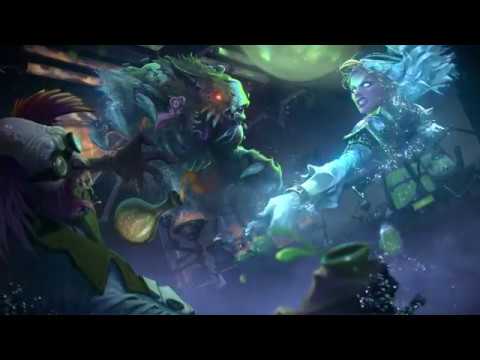 Blizzard have announced an appropriately chilly-themed expansion for Hearthstone this evening, called Knights of the Frozen Throne. In it, all nine of the Hearthstone heroes are dead and serving the Lich King as Death Knights.

You can read all the fluff about that via the link in the opening paragraph, but what it means in practice is that the expansion will feature new ‘Death Knight Hero’ cards to play. These replace your hero, and provide a new hero power. Deathstalker Rexxar, for example, can Build-a-Beast; “stitch[ing] together a horrifying new Zombeast by ‘Discovering’ pieces of two former animal friends.” This new creation gets the combined stats of the two creatures.

The Lich King also has many other minions at his command. His Scourge legions are “ravenous undead beings” from pathetic ghouls to unspeakable abominations. He has new spells too, including Lifesteal which works as follows: “When a card with Lifesteal deals damage, your hero is healed for the same amount.”