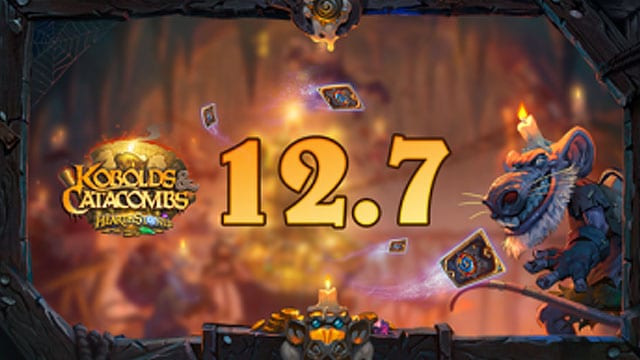 Hearthstone players will have enjoyed the Kobolds & Catacombs expansion announcement at BlizzCon and today Blizzard has announced the release date.

For weeks Blizzard has been teasing new cards that will appear in this latest update and it will finally release on 7 December. Players who join the expansion will be given three Kobolds & Catacombs card packs and a random Legendary Weapon card for free.

Anyone who pre-orders and grabs 50 Packs for the princely sum of £44.99 will also get the For the Hoard! card back as soon as the purchase is processed. Packs can only be opened when it finally launches.