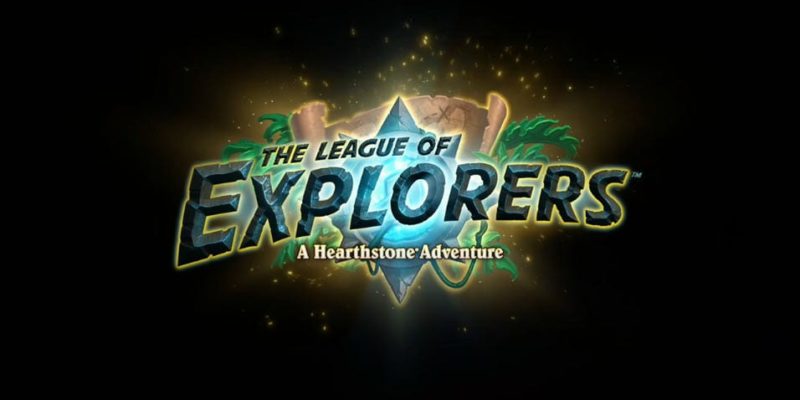 During the BlizzCon opening ceremony they announced a new Hearthstone adventure for their popular card title.

Called the League of Explorers the update introduces four adventurers to the game. Starseeker, Reno Jackson, Sir Finley Mrrgglton, and Brann Bronzebeard. These new characters are on a mission to explore and discover ancient artifacts of Azeroth through areas such as the Temple of Orsis, Uldaman, the Ruined City, and the Hall of Explorers. The update brings a total of 45 new cards which add new tactical possibilities.

There are some pretty powerful cards included as part of this update and the four League of Explorers locations will open on a weekly basis (one per week) over the period of a month, with a one-week break in the middle during the Thanksgiving holiday.

The League of Explorers can be purchased in full for £13,99, one location at a time for 700 gold or 4,99£ each, or in discounted bundles based on the number of individual locations already purchased.