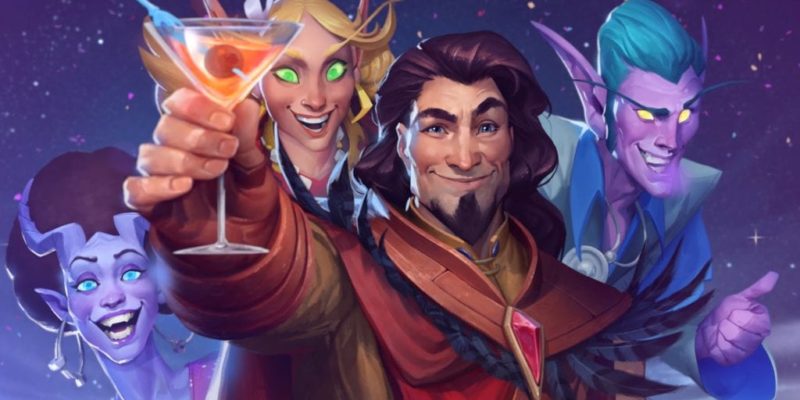 Hearthstone‘s next Adventure will be partying on for One Night in Karazhan, with the first mission available free.

One Night in Karazhan has you heading to Medivh’s infamous tower to get down and party… but things go a bit wrong when the archmage goes missing and his arcane whatsits go crazy, so it’s up to you and the butler, Moroes, to sort everything out. Expect four wings of familiar encounters, 45 new cards, class challenges, a new game board, and probably a load of other stuff. You can see a bit more about it on the official site.

Happily, the first mission of One Night in Karazhan will be completely free at launch, so you can take on Prince Malchezaar and net yourself a couple of cards without paying a penny. If you do want to buy the adventure, it’ll cost you £13.99 as a whole package. Each wing can also be bought separately for either 700 gold (the in-game currency earned by playing) or £4.99 apiece.

And yes, of course there’s a trailer. Hearthstone might be a card game, but hey, it’s a party.

One Night in Karazhan will be dimming the lights and turning up the Hearthstone music on 12 August.

Overwatch Top 500 system rolled out to show the best players

Terraria: Otherworld is still coming but not soon