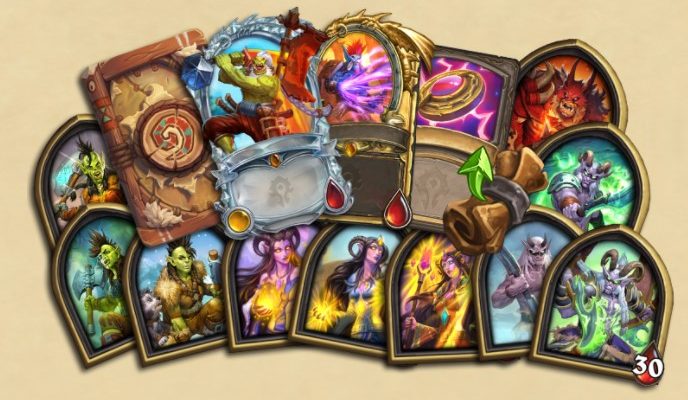 Art is always an important part of any game. That is even more so when it comes to trading card games. For Blizzard’s Hearthstone, the community has always been big fans of custom work showcasing the impressive art from the many cards. Some have even ventured into making 3D art, where the characters jump out of the cards and elevate the awesomeness. However, that kind of creativity has only existed outside of official content, until now. Blizzard Team 5 has now unveiled Diamond cards for Hearthstone, with popping 3D art surrounded by brilliant diamond borders. Opulent and eye-catching, this is one way to make sure cards get the attention they demand.

For those worrying that this might impact gameplay, worry not. The new Diamond cards in Hearthstone are a purely cosmetic option. There is no new layer of rarity to chase for players. In a blog post, Blizzard shared more details about these cards. Each expansion will now include one or more Diamond Legendary cards. Each will feature completely new 3D animations, more real estate for card art, and of course, the ornate Diamond border.

The upcoming Forged in the Barrens expansion coming on March 30 will have two Diamond cards up for grabs. If you are interested, do note that these cards cannot be obtained from packs. You cannot disenchant them either. In order to get your hands on the two cards, these are the requirements:

The former is easy enough to get, but the latter is going to be a headache for most players. Seeing that a typical expansion brings about 25 or so Legendary cards, it is going to be a slog just to get that Diamon Bru’kan. 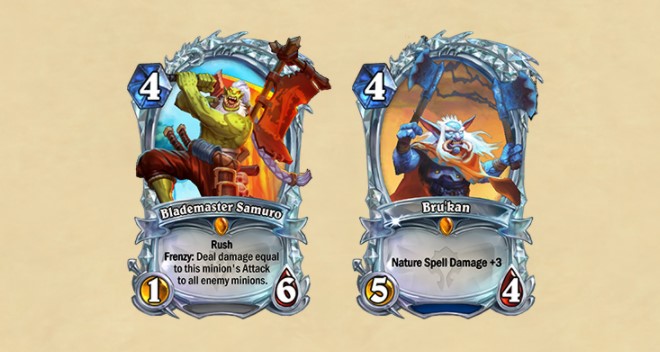 The new Diamond cards are not the only new thing in Hearthstone. Blizzard is also looking into changing how the Tavern Pass works in the game. Following the less than ideal initial rollout, there are now changes coming. Rewards and the frequency of said rewards will be increased, and limitations that previously made obtaining them more difficult will also be removed.

When Forged in the Barrens launches, everyone will get any unclaimed rewards on both the free track and the Tavern Pass track. Furthermore, a completely new Rewards Track featuring a bevy of new unlockable loot will take its place.

This new track will include all of the card packs from expansions in Standard, the Zuldazar card back, Tavern Tickets, a random Epic card, and two random Legendary cards. There will also be plenty of gold up for grabs for players who put in the time. 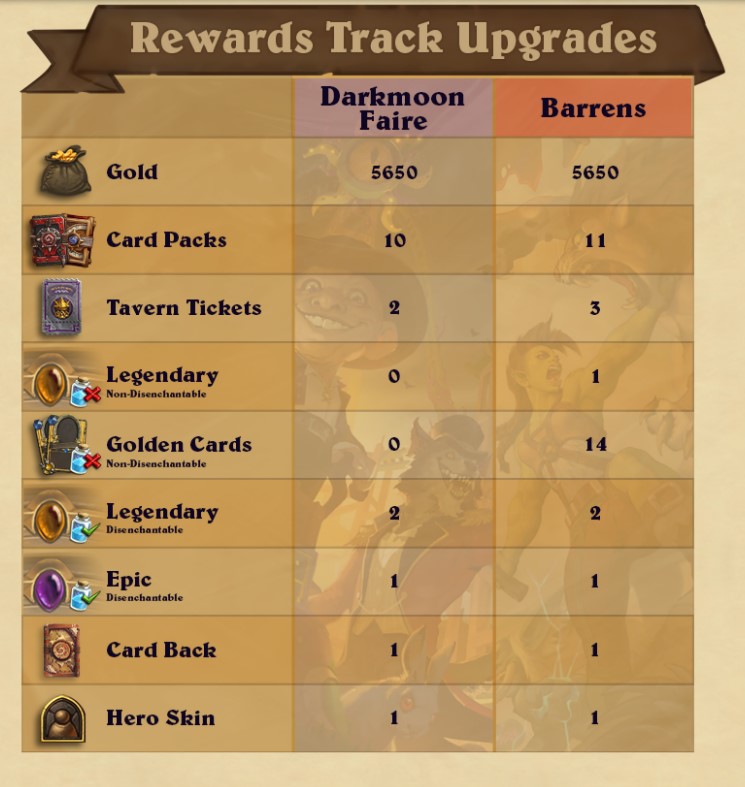 Once you are done with the rack, you get to choose from one of 10 returning Hero Skins. Players can expect to draw 14 uncraftable Golden cards and the Legendary minion, Mankrik, which will be the first reward on the new track.

The world of Hearthstone is changing, and it is not just Diamond cards. Everyone needs to prepare.