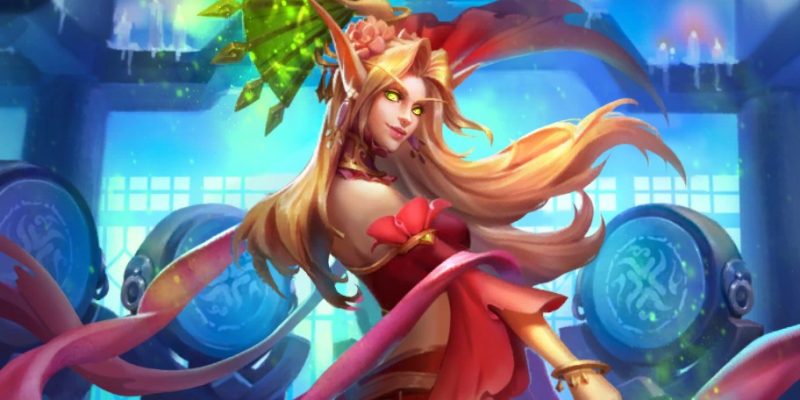 If you have been looking to find some secrets that hint at what’s coming next for the Blizzard card game Hearthstone, you are in luck. Following the arrival of the new Darkmoon Races mini-set that added 35 new cards to the game, it seems we got a little hidden bonus along the way. Hidden within the Darkmoon Races update are four new hero portraits that no one knew about until dataminers revealed them. Perhaps more importantly, they point towards something called the Three Kingdoms Bundle for Hearthstone.

The names and faces might just appear familiar to anyone who has an interest in Chinese history or has more likely played the many games that touch on the Romance of the Three Kingdoms.

We have Anduin the Preist taking on the mantle of Zhuge Liang. The Rogue Valeera represents the beauty that is Diao Chan. Garrosh the Warrior is the unstoppable force that is Lu Bu. Lastly, the Paladin class sees Uther become the God of War Guan Yu. 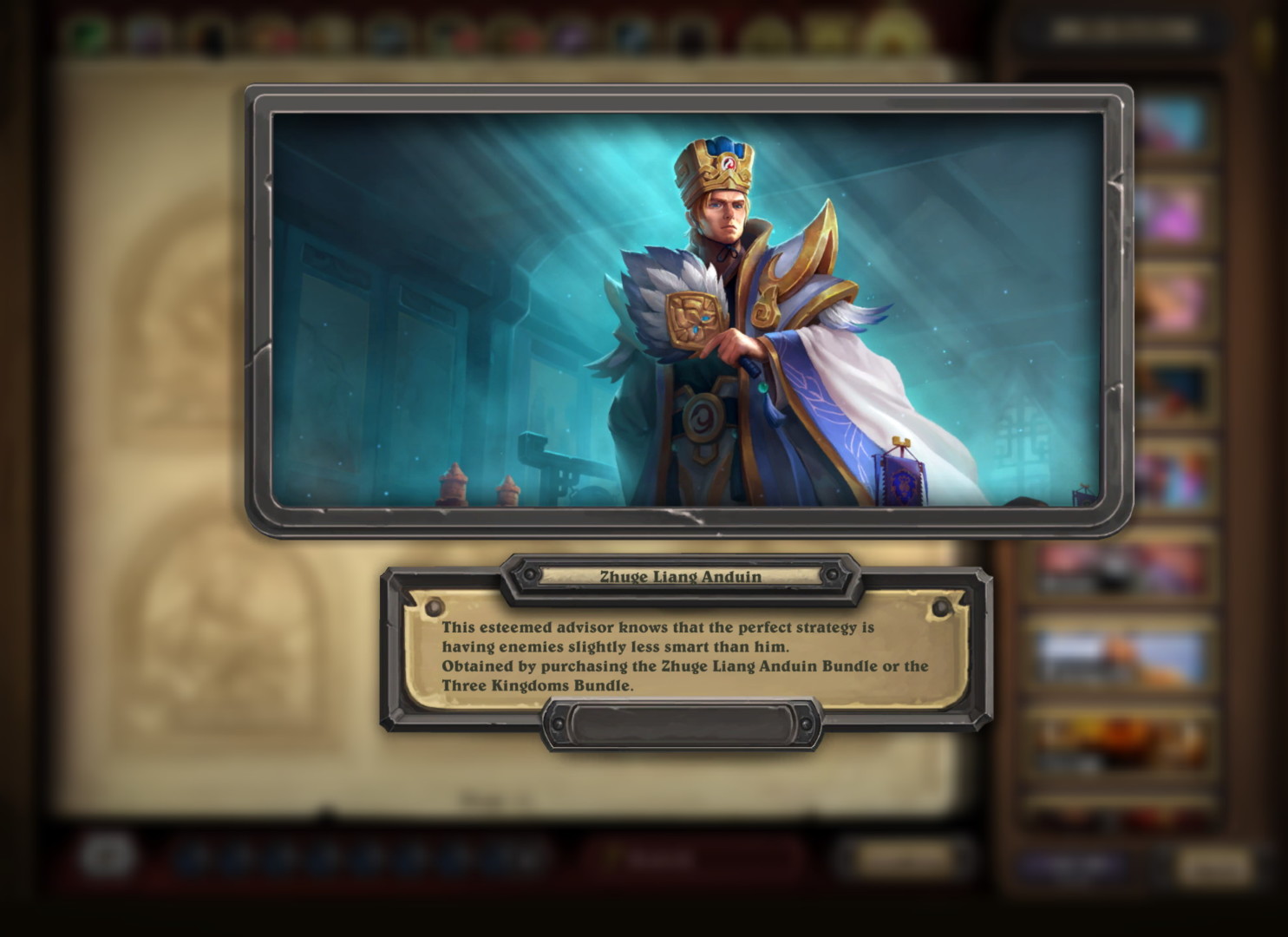 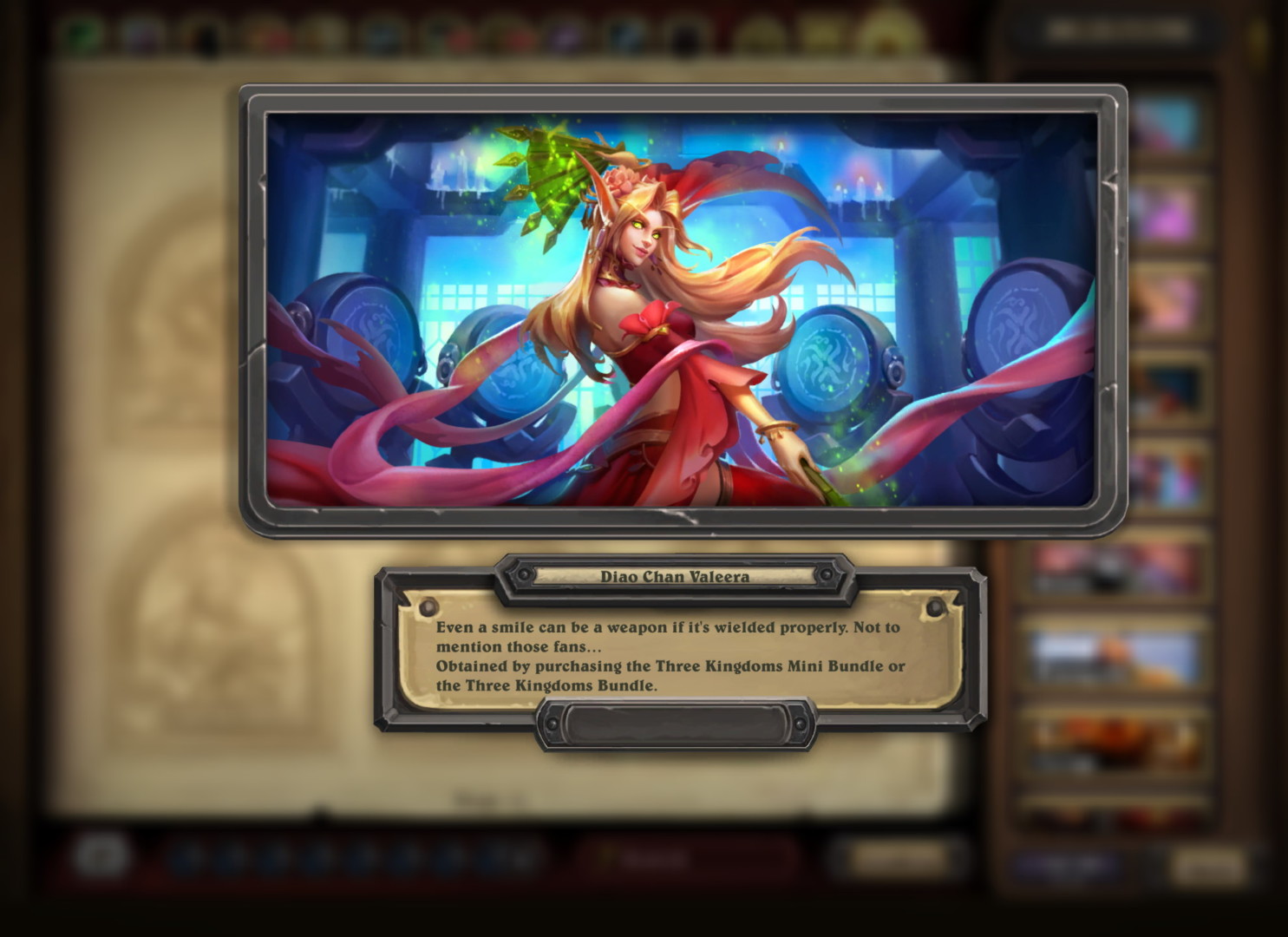 As is the case with most of the artwork in Hearthstone, these additions look really slick and awesome. However, the key point is how players can obtain these new portraits in the near future. You can either purchase the Hearthstone Three Kingdoms bundle or the Mini-bundle. Additionally, there is the Guan Yu Uther bundle and the Zhuge Liang Anduin bundle.

What exactly are these bundles? Nobody knows for sure, and Blizzard sure hasn’t announced anything pertaining to that. The early release into the game might have been a mistake. Either that, or Blizzard is setting the stage for a bigger announcement down the line. 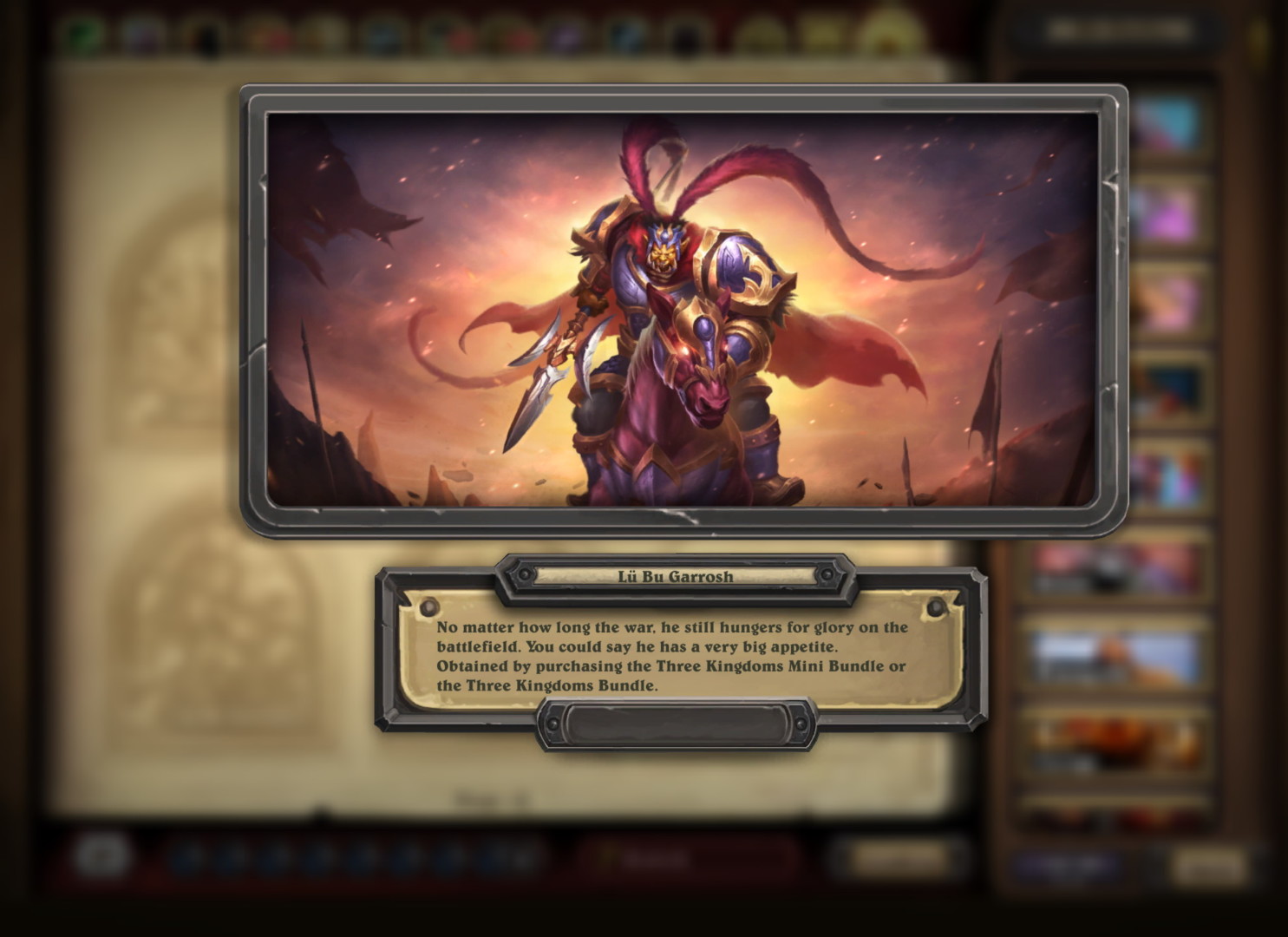 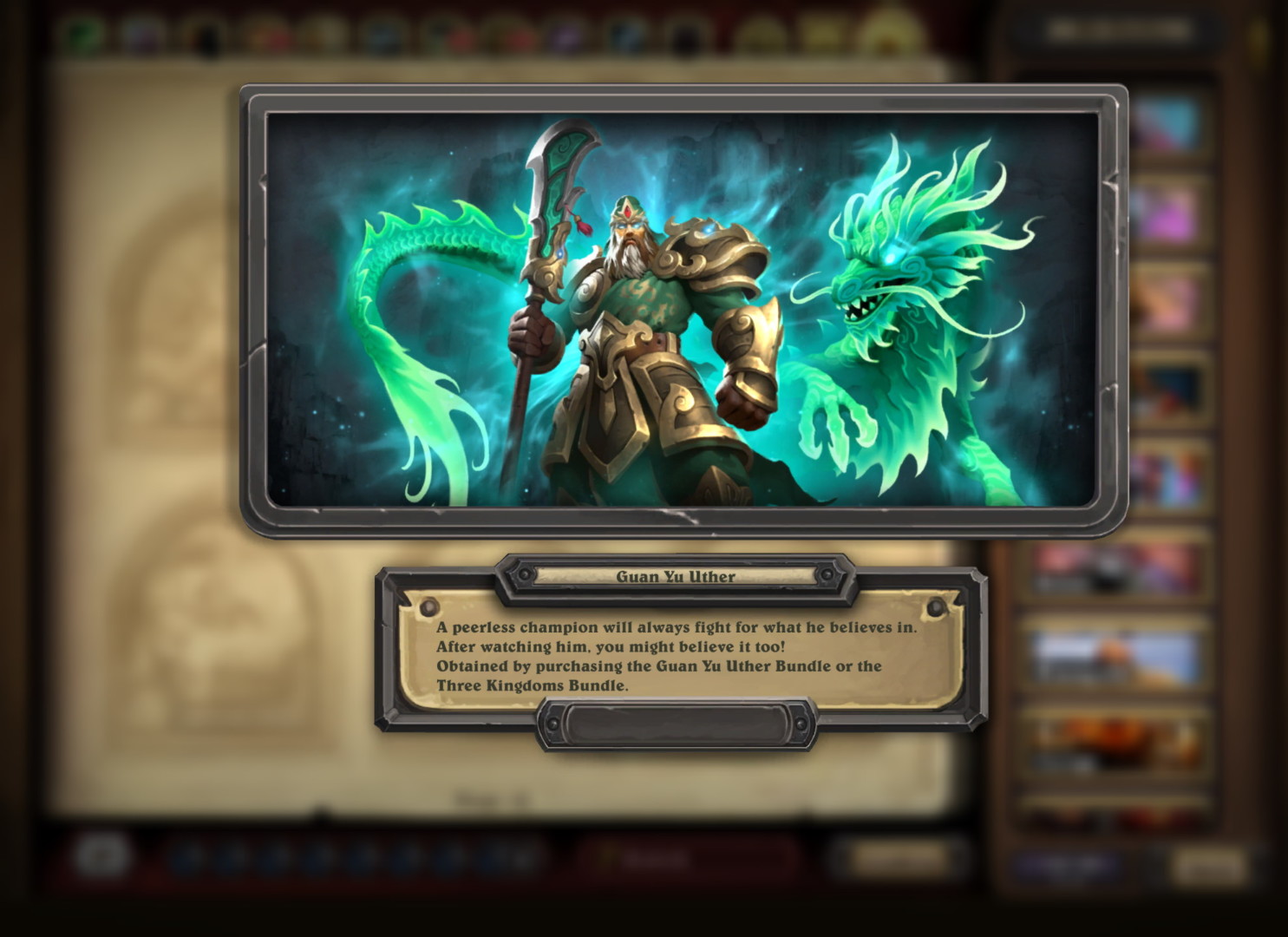 Considering that the Chinese New Year is happening on February 12, the Three Kingdoms Bundle for Hearthstone might be perfect for that. In addition to these themed portraits, another Priest portrait has been added as well. The SI: 7 Anduin is likely to be released alongside the Book of Auduin. That will be the next installment in the Book of Heroes PvE content for Hearthstone.