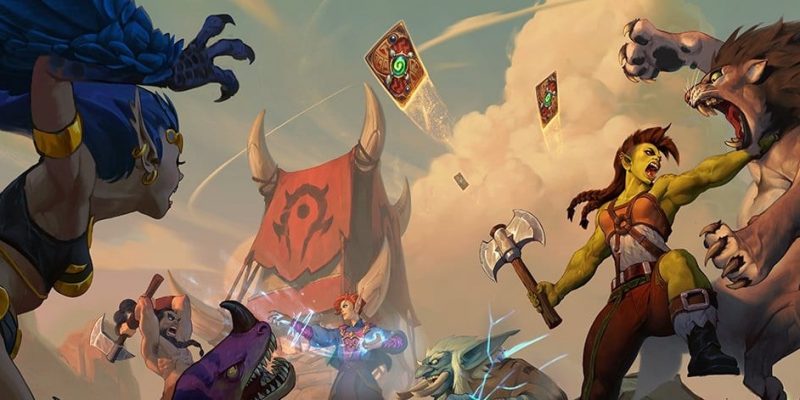 It is that time of year when Blizzard holds its annual BlizzCon event showcasing everything its games have to offer. Obviously, the circumstances of the world have made it unsafe to meet in person, so everything this year for the event is going digital with BlizzConline 2021. Thankfully this year is entirely free for everyone to watch, so no virtual ticket shenanigans like last year. 2021 is shaping up to be a big year for Hearthstone and we got a big look into part of it at Blizzcon today. This will be the Year of the Gryphon for Hearthstone, and with it comes new modes, new expansions, and of course, new cards.

The first thing we got to see was a new cinematic trailer for the game’s next expansion, Forged in the Barrens. This set will focus on the Horde and feature several new card effects. New ranked spells will grow in power depending on how much mana you have. This means that these cards will be helpful during any stage of the game. The new frenzy ability will activate when a minion survives taking damage.

For example, Blademaster Samuro is a 4 drop 1/6 with the Frenzy ability to deal damage to every minion equal to his total attack. This puts added emphasis on your opponent to destroy your minions in one hit or face the consequences. As of today, you can pre-purchase the set right now in the shop.

The next biggest piece of news is the brand new core set, coming alongside Hearthstone and Year of the Gryphon. This new set of 235 cards includes reworks and rebalances of some older cards, as well as 29 brand new cards. This set will replace the basic and classic sets. Some staples, like Fireball, will stay but others may not. What cards are kept and what aren’t will greatly define standard as the core set settles into the meta. This seems great for new and lapsed players as it is a fresh start for everyone involved. The core set is completely free and players will gain cards as they level up the different classes. If you already have your classes leveled up, then you will get all the cards right away. New core sets will also be added and updated every year as well.

During the stream, it was said that over half of the cards in the core set are revamped or rebalanced classic cards. In fact, entire classes are getting updated as well. Most notably is the Shaman class, which is receiving a lot of changes. This includes a new totem, the strength totem, which buffs your minions and even other totems. Each class will also have a one drop spell that best represents the class that uses it. This is part of an effort to make sure that each class maintains their identity moving forward. The Legendary Dragons will also receive new versions, so keep an eye out for that.

So, what about all those old basic and classic cards you have now? The new classic format will be the main home for those cards moving forward. This retro format will let players new and old relive the early days of Hearthstone when all those rotated cards were completely legal. In fact, every card played in classic that has been changed will revert to its original version. So you can relive all your favorite combos, decks, and strategies. Retro formats are becoming increasingly common in card games now both physical and digital. It helps keep old cards relevant and lets players who may be tired of the current version of the game try out something new. It’s a win for everyone involved. 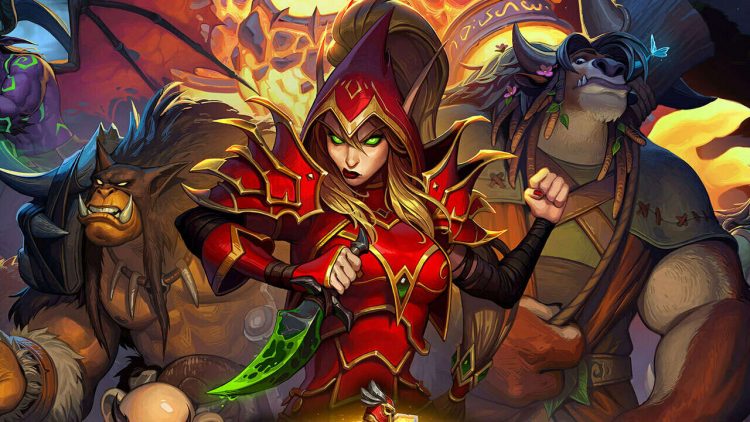 Putting the rogue in roguelike

Classic format will have its own season like any other format, so players who want to specialize in it will have something to look forward to. The team behind the game have said that they want to make collecting a lot easier than it has been previously. Everything mentioned above is a part of that effort. Battlegrounds will also continue to be updated throughout the year. A new balance update is actually “around the corner,” and Battlegrounds will even get its own unique minion type — the Quilboars, boar people whose gameplay revolves around using and generating a resource unique to their own archetype. Not much more information was given on them, but expect to hear more in the coming months.

The Book of Heroes single-player mode will wrap up this year as well. By year’s end, the story of the 10 heroes will be concluded and a new mode will be introduced. The new Book of Mercenaries acts as the counterpoint to Book of Heroes, a single-player campaign focusing on Azeroth’s more unscrupulous individuals. The last big piece of news is Mercenaries mode. While nothing super concrete was given, we have a general idea of what the mode will be like. Inspired by tactical RPGs and roguelikes, players will control a team of heroes of their choosing. They will work their way across a map completing combat and non combat objectives.

Progress will be permanent so anything gained from Mercenaries is yours to keep. What you use in the mode though will be separate from your normal collection. Mercenaries will be single and multiplayer, with players leveling up themselves and then taking on other players. There wasn’t much more information given out than this brief outline. Mercenaries should release by the end of this year, barring any delays. Also, to celebrate Year of the Gryphon in Hearthstone, starting today players who log in will get a free legendary minion: Shadow Hunter Vol’jin. Also, players who visit the shop can grab the Blizzard 3o-year anniversary cardbacks. So make sure to get those before they are all gone. More core set reveals are scheduled for later this week after BlizzCon ends.

Sojourn steps onto the stage with her railgun in Overwatch 2