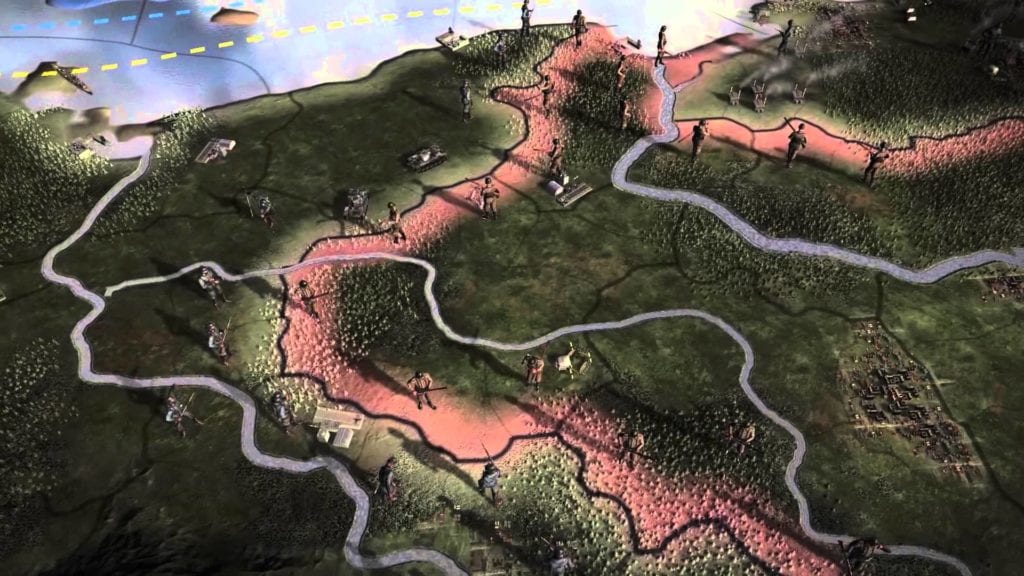 Don’t go there, you’ll bump into all of those red arrows.

Paradox will be bringing Hearts of Iron IV to Gamescom, so as a prelude to that here’s a new trailer with a couple of bits of gameplay in it. It’s a Paradox WWII grand strategy game, so gameplay in this case means troop icons moving about a bit on some maps of Europe. They are quite nice looking maps of Europe, though.

The trailer has rather dramatically been labelled as “BANNED AT GAMESCOM” which I guess must technically be true, although I didn’t notice any swastikas or SS symbols in there to put it afoul of Germany’s strict laws about that sort of thing. Germany’s iron cross made an appearance a couple of times, but that’s presumably alright. Hitler is in there too, so maybe he’s the problem. I don’t know.

I suppose that means it’s not really a Gamescom trailer either, even though it’s being released for Gamescom. Whatever you want to call it, everybody can watch the latest Hearts of Iron IV trailer below. There are a few screenshots too, which were new to me.

In addition to all of that, Paradox has launched a Hearts of Iron IV-related promotion at the game’s official site. If you sign up there for either “The Axis, the Allies, or the Comintern,” then you may (or may not) get special rewards of some sort. More faction recruits means more … things … for all players. The only specific reward mentioned is early beta access, which is a possible prize for anybody who manages to recruit 20 people.

John Romero is working on a new FPS title