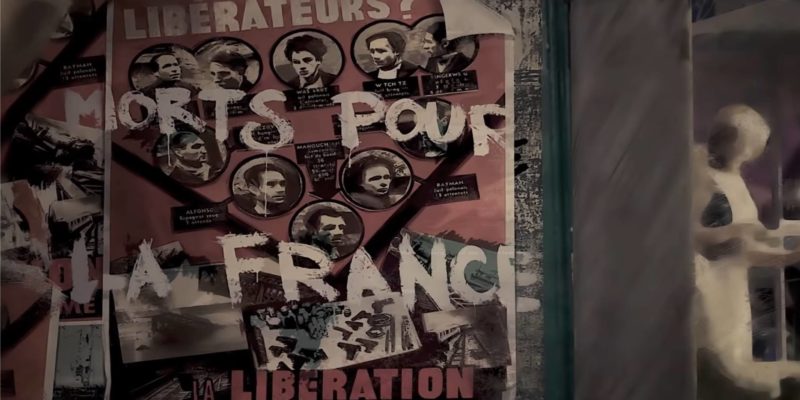 Now that you know about managing resistance and compliance levels, let’s talk about espionage. In Hearts of Iron IV: La Resistance, it takes 30 days and five civilian factories to build your Intelligence Agency by default. It doesn’t matter whether you start in 1936 or 1939 because your intelligence services will be zilch just like Generalfeldmarschall Erhard Milch. Once completed, you’ll also be able to recruit your first operative.

Anyway, there are five Intelligence Agency branches with the following upgrades: 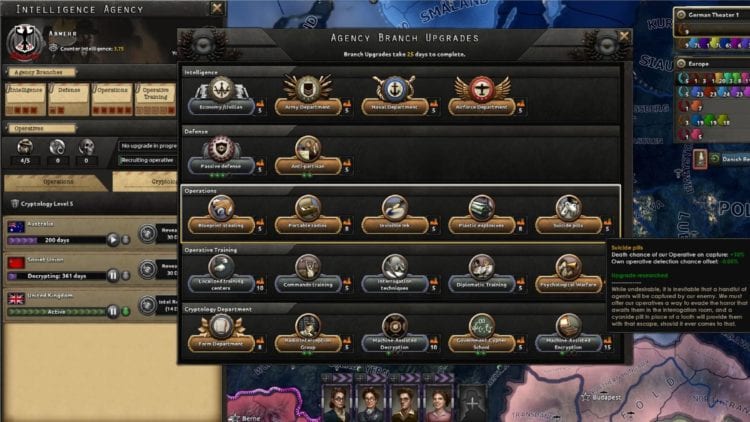 Speaking of Cryptology, this section in your Intelligence Agency panel is all about revealing enemy intel. It takes hundreds of days for cryptologists to crack a country’s cipher. Once they do, you can use the “Reveal Intel” command. This only lasts for 30 days but you gain bonuses to your invasion, planning speed, defenses, and breakthrough chances. 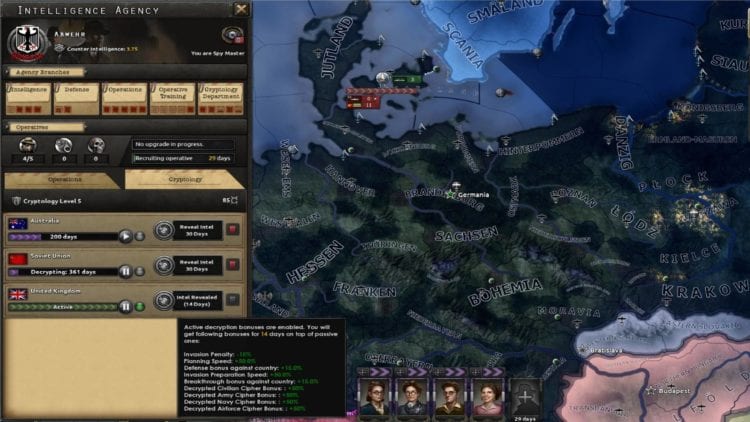 Operatives: The spy who loved you

Operatives (aka. spies and agents) are the backbone of your country’s espionage and counterintelligence efforts in Hearts of Iron IV: La Resistance. Many are generic characters, but some are historical such as Germany’s Otto Skorzeny and the Soviet Union’s Richard Sorge. They also have particular levels and traits. Examples of traits include:

Your agents will be able to perform various actions on the strategic map such as counterintelligence (to protect your country from other spies), building an intel network (for use in operations), rooting out dissent, spreading propaganda, and more. 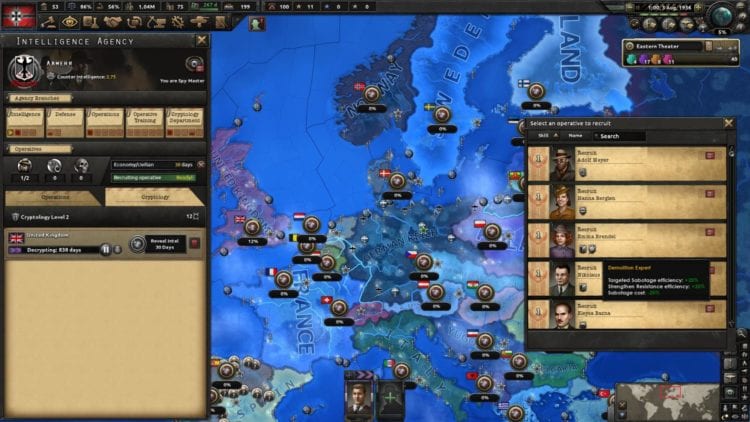 Here are the ways you can have more operatives in Hearts of Iron IV: La Resistance:

In order to become a Spymaster, you need to be part of a faction. You also need to research upgrades in three different Intelligence Agency branches and have 50 political power to spare. Once you’re a Spymaster, you’ll gain an extra operative for every two nations that join your faction, excluding puppets.

Note: It’s possible that some nations won’t have the aforementioned minister trait. As such, you’ll be limited to only two spies until you’re able to join a faction and become a Spymaster. 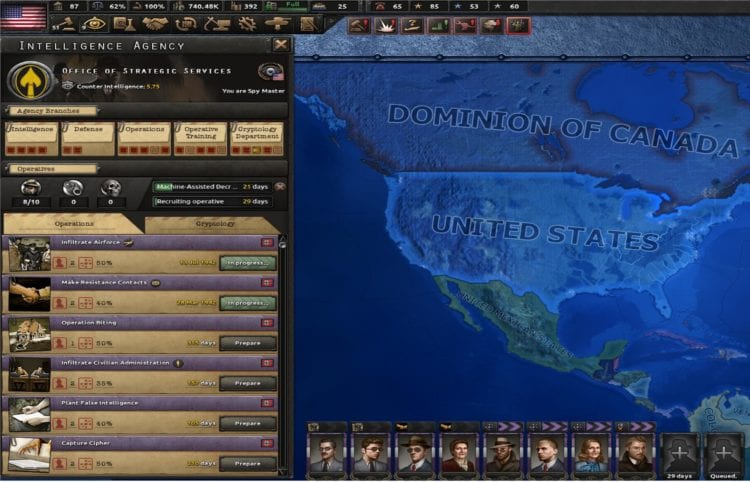 In Hearts of Iron IV: La Resistance, the Axis, Greater East Asia Co-Prosperity Sphere, Comintern, and custom factions will find becoming Spymaster tougher compared to Britain and the Allies. Once hostile forces march all over Europe and Asia, most countries will be drawn to the Allies and Britain will reap the benefits. For instance, if you play as Germany, it’s possible to see the UK having nine or ten agents thanks to your conquests and pissing off your neighbors.

However, you can effectively counter the number of Allied spies recruited by other nations through these conquests. Your capture of territory and existing civilian factories will effectively lock out many nations from generating more spies.

Operations are the core of Hearts of Iron IV: La Resistance‘s depiction of espionage’s active role during the conflict. Your operatives are able to undertake a number of these. Examples include:

Operations require relative intel network strength and other extras (such as some supplies for coups) in order to commence. Operations also progress in phases and, if successful, they’ll provide you with more advanced actions down the line.

Hearts of Iron IV: La Resistance even has several operations of historical significance such as: 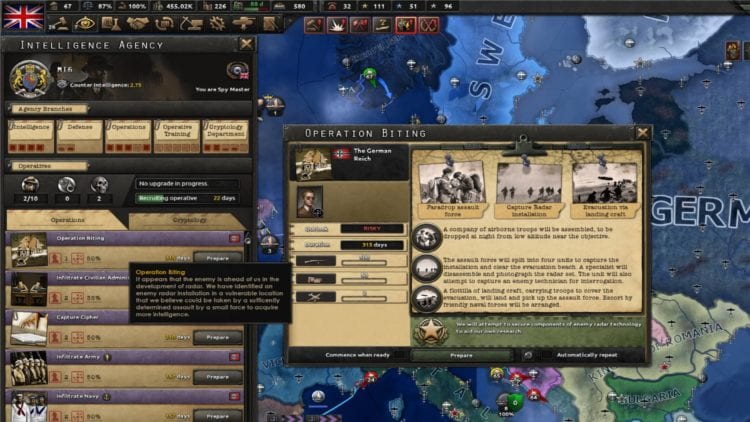 Hearts of Iron IV: La Resistance is available now via Steam. You can purchase the expansion for $19.99.