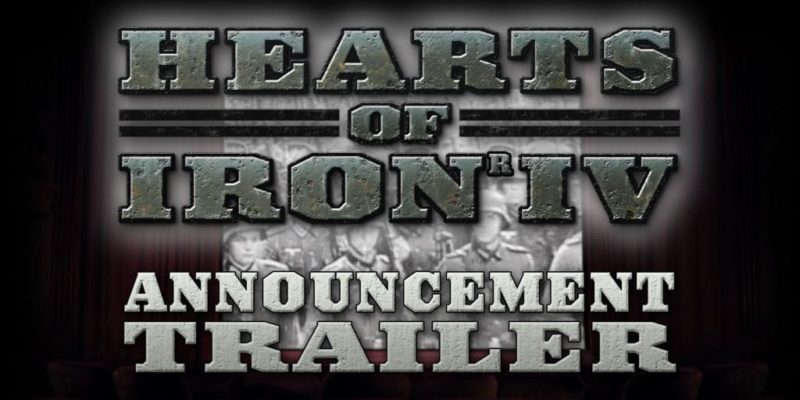 IncGamers has been spending the last few days out in Miami at Paradox Con to find out what’s on the horizon from Paradox Interactive. We just wrapped up a demo of Hearts of Iron IV and thought we’d share some of the features that were shown to us by Dan Lind, the Project Lead on the new strategy title.

The fourth installment in the long-running series covers the period of 1936 to 1948 and aims to be “the most authentic real-time simulation of WWII to date”. History can be rewritten as you can play large global powers or a small nation trying to survive (as is the style in Paradox developed titles) and a big focus on this version is to make it “easier to learn to play, rather than easier to play.” The amount of options and information presented in the previous version has previously been a barrier to entry to people and Paradox are trying to rectify this. Just as Crusader Kings II and Europa Universalis IV improved on their prior installments.

As far as the game engine is concerned, the map that we saw was visually impressive, cities light up as the night passes over them, and Dan mentioned that tracer fire can be seen from cities during air raids to compound that effect. Vehicle and infantry models are also look good with a unit count is displayed below them, although Dan noted the version we were shown was not final.

For mod makers there’s going to be Steamworks support built in which will open the game up to possibilities.

Steamworks should be integrated into Hearts of Iron IV to aid multiplayer games as well as Steam Workshop for mod support. Paradox mention they have had a recent push for Steamworks integration in Europa Universalis IV and Crusader Kings II. There are now dedicated team members at Paradox focusing on making their games more moddable and community friendly.

Regarding new content for HOI4, Paradox have also changed their DLC strategy. In Hearts of Iron II the DLCs were separate versions of the game; this meant that you couldn’t play with someone who didn’t have the same DLC as you.

In more recent Paradox games such as Europa Universalis IV and Crusader Kings II anyone can play with anyone else regardless of the DLC they each own. This is a win-win situation for both players, who will have a barrier of entry removed, and the developers, as only one game version has to be maintained.

With regards to provinces in the game, the aim is to make it easier to control a large number of provinces with major construction projects being tied to a region (a group of provinces.) However, strategic buildings such as bunkers and anti-aircraft batteries are still built in individual provinces.

Battle plans were introduced in Hearts of Iron III expansion Their Finest Hour as an overlay on top of any map mode. Hearts of Iron IV will feature multi stage battle plans by drawing arrows from a start point to a finish point then assigning units to execute those plans. Plans are colour coded to help indicate which stage the arrow belongs to.

Hearts of Iron III had an option to have the AI make decisions for each of the main screens including research and production. These are gone in Hearts of Iron IV in an effort to streamline and simplify.

Diplomacy in Hearts of Iron IV will play a part once again, and while details were scarce, Dan did say that there will be fewer ministers, but the bonuses for each matter a lot more than in previous versions. Technology has also been given some attention, the number of options to research has been reduced but they take longer to research and are worth more.

A new feature that is coming is the ability to further specialize your nation, we didn’t get to see this screen but Dan made it sound like a cross between National Ideas in Europa Universalis IV (using up a slot to give you a bonus in particular area) and the branching doctrine trees of Company of Heroes I (you potentially can’t pick everything.)

Hearts of Iron IV is still in early development and aims to be released early 2015.