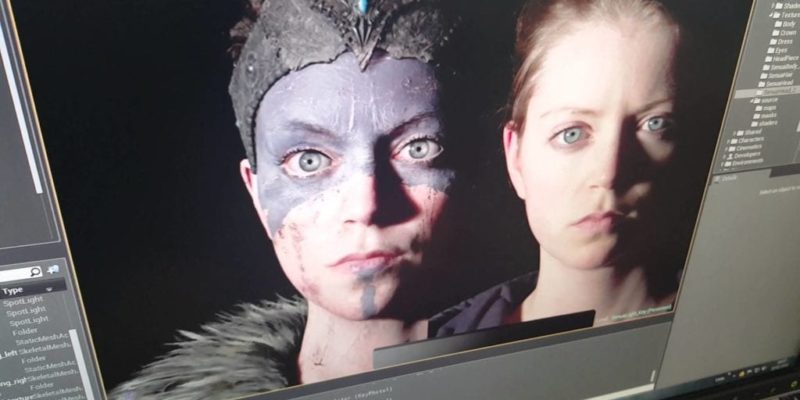 The development team has been keeping quiet about how the game was coming along and GDC has brought a couple of new videos to accompany the renaming. Ninja Theory’s Dominic Matthew posted on the Playstation Blog:

“In this scene we are revealing a new look for Senua based on our aim to make her one of the most believable characters ever seen in a video game.

“But there’s more to this scene than meets the eye. We have a development diary video that showcases a world-first: a new technology that allows our actress to perform the scene live and in real-time directly within the game world. As far as we know, no one has done this with a character of such fidelity before.”

The first one of the two shows how they have managed to create a realistic looking Senua. It’s quite impressive.

Hellblade: Senua’s Sacrifice is coming to PC some time this year.

The Climb video takes you to the Alps