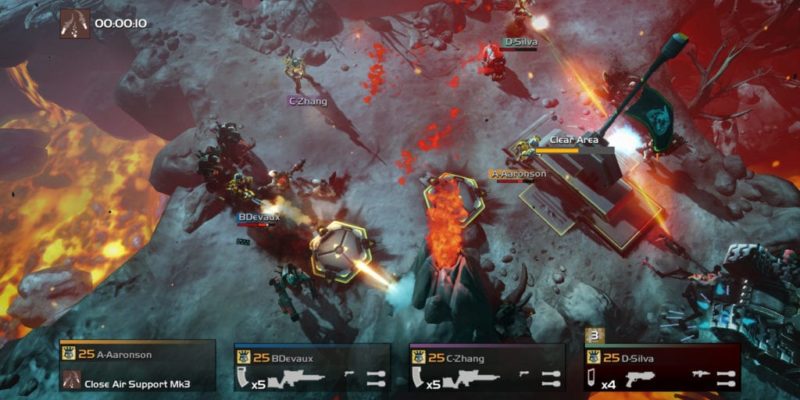 Helldivers, previously a Sony exclusive on PS4, PS3 and Vita, will be waltzing over to Steam for a December 2015 release. It’s billed as a “hardcore, cooperative, twin stick shooter” and comes from the developers of Magicka. This significantly increases the chances of being able to kill your co-op friends in hilarious ways.

While this doesn’t exactly fling the door wide open for a PC version of Bloodborne, it’s interesting that Helldivers appears to be the first game to appear on Steam with PlayStation as a publisher (albeit “PlayStation Mobile Inc”). This may just be down to a PC version always being part of the Helldivers contract, mind you.