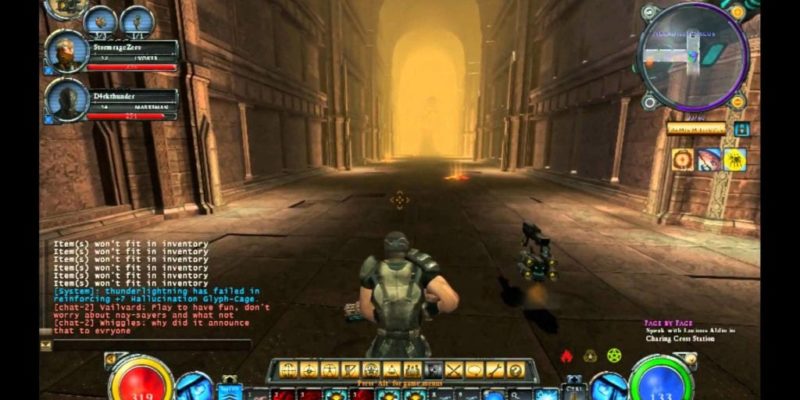 Hellgate has been dead for a long time here in the west, but it could be coming back.

Any Diablo or ARPG players will be more than aware of Hellgate: London which launched in 2007. It was Flagship Studios’ first title and also their last completed title. In fact, the game pretty much finished the studio off and Flagship filed for bankruptcy in 2008. The closure ultimately led to the Max and Eric Schaefer creating Runic Games and the Torchlight series.

Hellgate: London was rushed out the door as financing for the project ran out, which left purchasers of the game high and dry. This was way back in 2009, but that’s not where the story ended. The game was actually picked up by Hanbitsoft in Korea who relaunched the game in Korea as Hellgate: Resurrection.

In Hellgate: London you ran through the London Underground system and occasionally ventured up to the surface to take on hordes of demons with futuristic weaponry. It was actually reasonably fun but woefully incomplete. The concept was decent and it looked great, but its lack of content and solid gameplay systems came as a shock to anyone who had followed key members of the development team and recalled their work on the Diablo franchise.

It now looks like Hellgate could make a return to the western market as it’s popped up on Stream Greenlight under the guise of Hellgate Global. It comes with all the updates that were applied to the relaunched Korean version including Hellgate: Tokyo which was released after Hanbit took over the IP.

The update on the Greenlight page reads:

Hellgate is an action RPG that allows you to play in a first-person or third-person perspective. Set 27 years into the future, an ancient prophecy made centuries ago has come true and the gates of hell have opened. Demons have overrun the world of man and roam our lands, destroying, pillaging and killing humans. With the world above ground abandoned, dark and burnt to hellfire, humans are forced into hiding to protect what remains of their race while making plans to take back a world that was once theirs. In the game, mankind escapes to the underground system under the sprawling metropolis of London. Prepare for a struggle for survival in a world that has become hell.

Hellgate Global have retained most of the previous version features together with the following updates brought by the Tokyo Patch:

Hellgate Tokyo continues the story of the London Resurrection. Heroes start in Tokyo Base, and continue on to different locations as they progress through the story. Tokyo is composed of 24 new levels, with new named monsters and boss monsters.

In Cow Room, heroes could test their strength by facing hordes and hordes of zombies. The zombies can puff out flames, and some them may contain boss monsters that drop new recipes and shield set items. Also, sandstorms hinder heroes’ seeing ability, giving more challenge to the mode.

Heroes wanting more challenge from Hellgate Tokyo will now be able to play in Hell Mode, with the chance of better loots and experience from upgraded mobs and bosses.

I’m actually surprised that it’s taken this long for developer Redbana to get the game moved over to the western market proprly, as they’ve been looking after the Korean version for some time now. It could be a little late in the day to try and relaunch Hellgate though. The shutting down of the original game upset a lot of gamers who were fully behind Flagship. Sadly, nothing at the time could save it from being taken offline by Namco.

The original Hellgate: London was by no means perfect, and it was riddled with bugs and anomalies. When Redbana took over their main objective was to sort these out and at the same time change the game to fit better with the Korean audience. With that in mind it feels quite different compared to the Flagship original. The question is, do we really need and want the game to return after all these years? Has the game actually improved?

T3fun who have been running the game in Korea have not exactly been pro-active at keeping this game up to date which does not bode well for a relaunch. The dreaded microtransactions have been added in force, and players even have problems trying to register an account on the website which highlights the lack of basic support.

This whole relaunch looks like a bit of a quick cash grab from a new audience, without adding anything to a game that has been running in Korea for at least three years.

Greenlight is an appalling system, but even though a lot about the Hellgate relaunch smells of desperation I have a feeling that nostalgia could generate it enough votes. I’d personally click the “No thanks/Not Intersted” button. This is a game that should remain dead.

In case you want to see how the game has changed, here’s some footage from the Korean version of Hellgate Global and there’s also trailer which you can see below.

Civilization: Beyond Earth system specs and pre-order on Steam