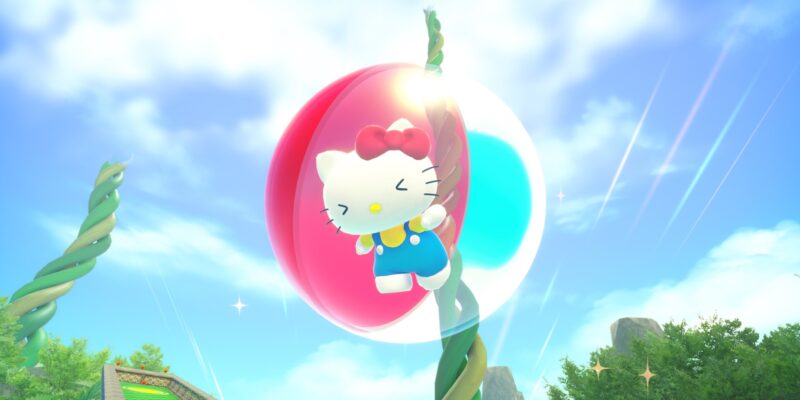 From the very beginning, Sega advertised Super Monkey Ball Banana Mania as a celebration of the Super Monkey Ball series’ 20th anniversary. But as it turns out, this remastered compilation of levels also serves as a celebration of Sega’s entire history, at least judging by the slew of Sega-related guest characters that the company has revealed within the past few weeks. And now it looks like Super Monkey Ball Banana Mania will also include characters and IPs not owned by Sega, as the company just announced that Hello Kitty, the ubiquitously popular Sanrio mascot, will join the game’s ever-growing playable cast.

The new Hello Kitty trailer follows the same formula as every other character reveal trailer shown thus far. Clocking in at around half a minute, the trailer shows Hello Kitty frantically rolling through classic stages and collecting apples.

How do you obtain Hello Kitty?

Much like Morgana, Hello Kitty will serve as paid DLC that will cost $4.99 USD when it comes out. Unlike Morgana, though, players can purchase Hello Kitty right when Super Monkey Ball Banana Mania launches on October 5. Although this news will likely excite many players who wish to try out Hello Kitty immediately, it may rub other players the wrong way, especially those opposed to day-one DLC on principle. Considering that players can unlock Sonic, Tails, Beat, and Kiryu through regular gameplay, having to arbitrarily pay real-world money to unlock Hello Kitty can come across as a slap in the face.

The fact that Hello Kitty will become playable in Super Monkey Ball Banana Mania is amusing at the very least. Many players will likely appreciate the novelty of her inclusion regardless of how questionable the practice of gating her behind a paywall is. Ultimately, players will have to decide for themselves whether or not that novelty is worth the asking price.