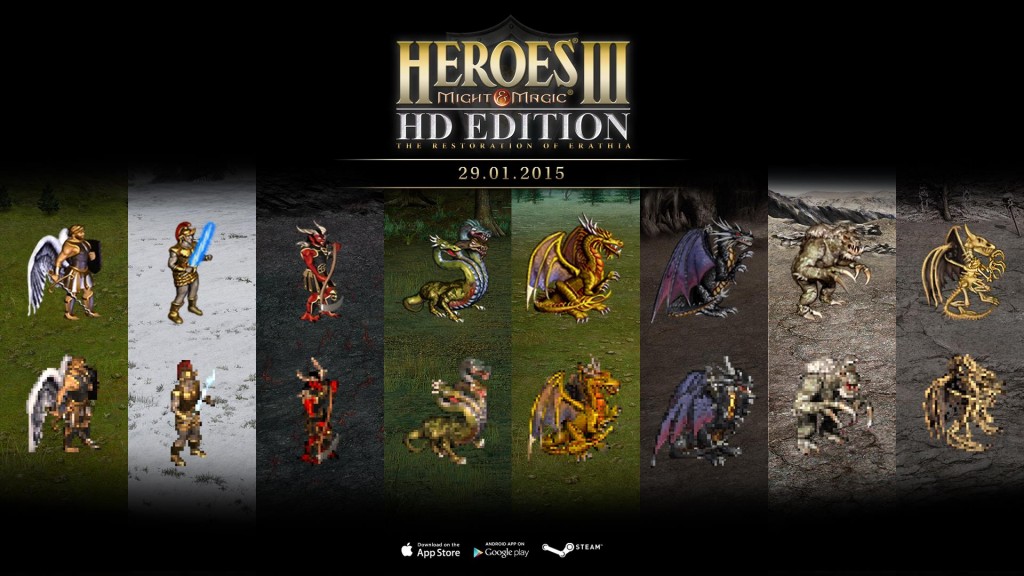 Perhaps the most popular of the long-running turn-based strategy series, Heroes of Might & Magic 3, will be getting an HD remake in January courtesy of DotEmu.

Ubisoft don’t seem quite sure what to call it, as the press release alternates between Heroes of Might & Magic 3 – HD Edition and Might & Magic Heroes 3 – HD Edition, but they do at least seem pretty certain it’s an HD remake of the third game in that particular franchise. It’ll offer seven “campaign scenarios”, 48 skirmish maps, local multiplayer, a map editor, and – hurrah! – online multiplayer via Steam lobbies. Which is a bit weird, because this is Ubisoft, and I’m fairly sure their recent titles haven’t bothered with Steam-based multiplayer.

I was going to poke at the press release for saying the game features “authentic upgrades made on graphics”, but judging by the comparison shots, that basically means everything looks the same only in a higher resolution, and everything will work in widescreen. Which is nice. You can see comparison art above, and some full screenshots below.

I’m going to expose myself as a monster and admit that I preferred Heroes of Might & Magic 2, although that might be because I spent many, many hours playing that with friends.

Way of the Samurai 4 heads to PC in January