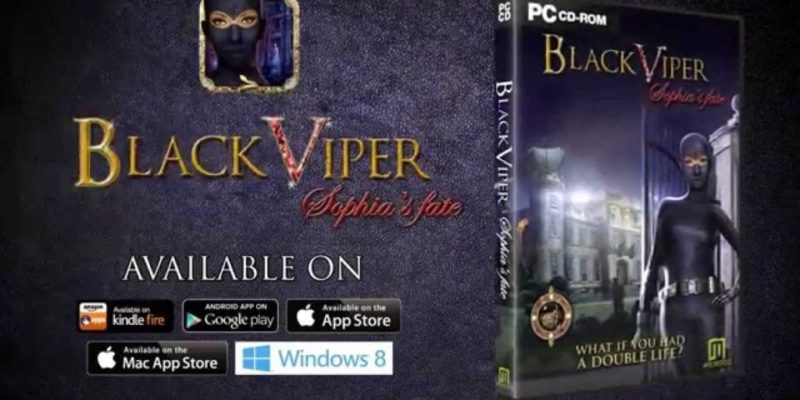 An investigator during the day and a thief at night, Sophia’s life is full of surprises and dangers. The last murder case her superior entrusted her quickly turns out to be out of the ordinary. Since her work does not allow her to investigate like she wishes, once again, she puts on her Black Viper suit to visit the scene crime by night. It will take her on a lead with much more dramatic stakes she could have ever imagined even in her worst nightmares.

The publisher Microïds and the developer Ticonblu offer the players the opportunity to put on Black Viper’s tight suit in this game where their sense of observation and logic will be challenged.

Dragged by a complex plot, “Black Viper” includes about thirty hidden object sequences that will allow the heroin to gather key items, necessary to progress in the adventure. These particular objects must sometimes be combined with others and used in specific places in the scenery to take it to the next level. Over 25 original mini-games will also slow down the player’s progression.

The title offers a real challenge, even for those who are used to this genre, but it is possible to choose at the very beginning among three difficulty levels, so that everyone can play according to the most adapted constraints (integrated help system, possibility to pass the mini-games and puzzles when stuck, extra clues…)

“Black Viper” rewards the best sleuth with extra elements from the plot background that can be unlocked by discovering the optional interactions. For instance, the players will have to use a book of hieroglyph translation in order to know more about the secret organization Black Viper is opposed to.

As a tribute to spy and detective movies, cartoons and series, “Black Viper” aims for the hidden object and adventure fans, but also to a less accustomed public who will appreciate the many references to other works, all along the heroin’s adventure. A scenery reminding of Doctor Who’s T.A.R.D.I.S., a room exposing Iron-Man’s armor or an A.I. reminding that of the cult game System Shock… The hints are numerous and finding them all is like a game within the game itself.

Now, put a Lycra suit on, gloves and leather boots before diving into the unknown in the nice company of Black Viper.

“Black Viper” is a hidden object and adventure game developed by Ticonblu and published by Microïds, available since May 22, 2014 on iPhone and iPad in French, English, Italian, Spanish and German. It will be released on May 29, 2014 on Android and soon on PC and Mac.