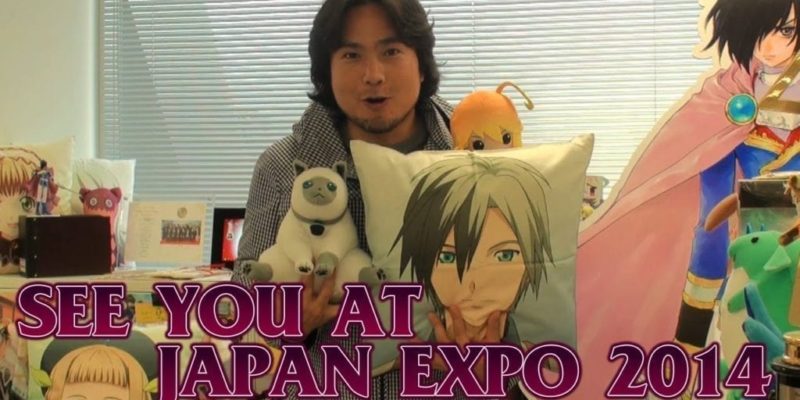 After unveiling its first guests for this year’s Japan Expo, Bandai Namco Games Europe has announced that Hideo Baba from the acclaimed ‘Tales of’ dev. team will be there to meet his dearest fans.

Hideo Baba, more known to his fans as “Baba-san”, has some tremendous achievements and works throning on his resume, among them:

This year, Baba-san will be at Japan Expo to talk with all his fans about the upcoming Tales of Xillia 2, to reveal some new details about Tales of Hearts R and to take part in signing sessions and lot of other activities. As one of the persons behind some of the best J-RPG of the past decade, he will be one of the judges of the European Cosplay Gathering 2014; the winner of this contest will be chosen as the ‘Tales of’ ambassador for one year.

Bandai Namco Games Europe will be presenting its full line-up during the Japan Expo at Booth BF76 Hall 6. Get ready to discover the new information on the Tales series and many more surprises.

Tales of Xillia 2 will be available on August 22, 2014 for the EMEA territories exclusively for the PlayStation 3 system. Tales of Hearts R is scheduled for release in Europe and Australasia on the PlayStation Vita in winter 2014.

The Witcher House of Glass #3 of 5 Comic Book Released