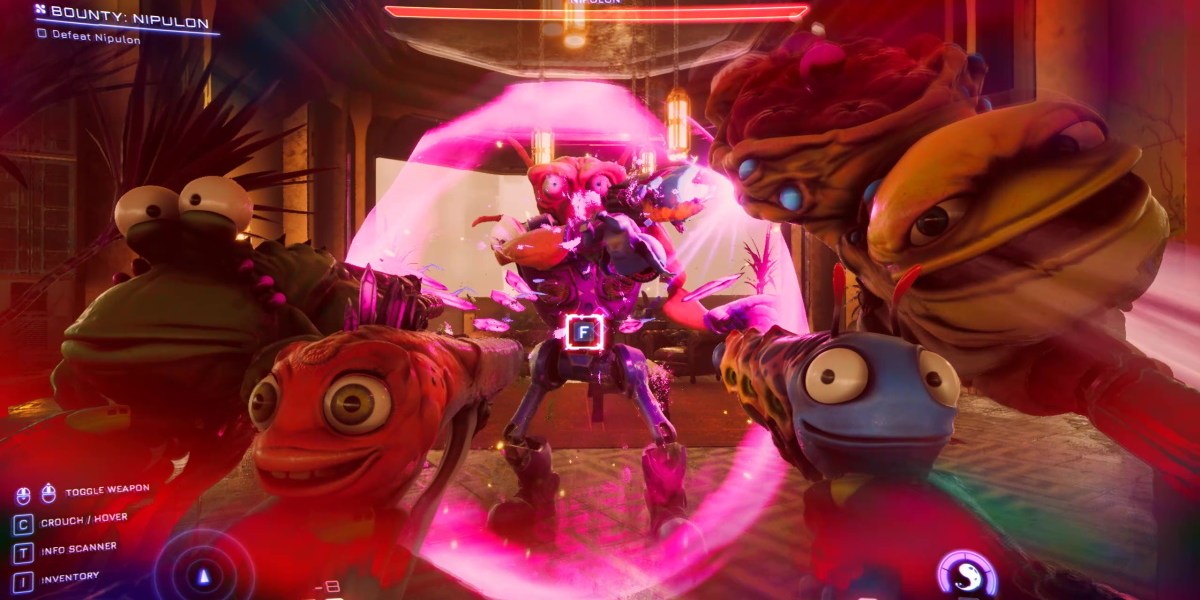 It’s time to take on the G3’s second-in-command. The boss fight against Nipulon in High on Life is far from the most difficult in the game, as it’s more of an extended narrative sequence than anything. But it can also be a bit confusing if you’re not sure what to do. No worries, though. We’re going to break down exactly how you should go about giving the cartel leader a space dirt nap so that you can collect that bounty cash. Here’s how to beat Nipulon in High on Life.

After waiting to be called in (takes a couple minutes), Nipulon will invite you into his office. Once inside, he won’t waste much time before jumping over his desk and shooting at you. Standard rules apply here. Shoot him with whatever you want in any manner you want. As long as you hit him, it’ll be fine. There’s not really anything to keep in mind here: just move and shoot. Once you take down a third of his health, he’ll flood the room with a drug and the Bounty Hunter will start hallucinating.

You’ll find yourself in a kind of void amidst a hodgepodge of familiar assets. Talk to Gene. He’ll pose a question to you, so respond with whatever you’d like, as your choice doesn’t matter.

Look around for a beam of light. It’s right where the picture directly below this paragraph shows, but in a smaller space than the one you currently occupy. Now jump into the hole. Nipulon will eventually show himself while you’re falling, so shoot him when he appears. When he calls up a bunch of fakes, you can tell which one he is because the fakes have colors that shimmer and change in a psychedelic manner. The real one is wearing blue armor that doesn’t change, plus a more saturated skin tone. Shoot the real one to lower his health even more. After doing enough damage, you’ll drop into another void. How to beat Nipulon in High on Life

Next up, you’ll want to look for Lizzie, who is standing near a table. Talk to her and you’ll eventually be given a choice of responses. Again, your choice doesn’t matter, so pick what you want. Another beam of light will show up once she’s done talking. It can be found near a smaller version of the table Lizzie was standing near. Drop down it again. It’s the same deal again, so just shoot the real Nipulon. You’ll end up in another void with no weapons. The Gatlians are scattered around, so pick them all up. Creature is on an operating table, Kenny is on a Space Applebees table, you’ll find Gus on some purple rubble in front of a piece of yellow machinery, and Sweezy can be found on a table next to a purple vehicle.

The next beam of light will point to a hole in a smaller version of the area you were just in, in the center of the four places you just found the Gatlians. Drop down and the five of you will have a chat. You’ll find yourself in an impossibly long hallway filled with Nipulon clones. You just want to make it to the end of the hallway and follow the prompt once you get close to Nipulon. In the meantime, shoot the clones in your way and duck behind the plants if you need some cover to heal. After you hit the prompted button, watch the sequence afterward and you’ll be done with this bounty. That’s all you need to do to beat the Nipulon boss fight in High on Life. 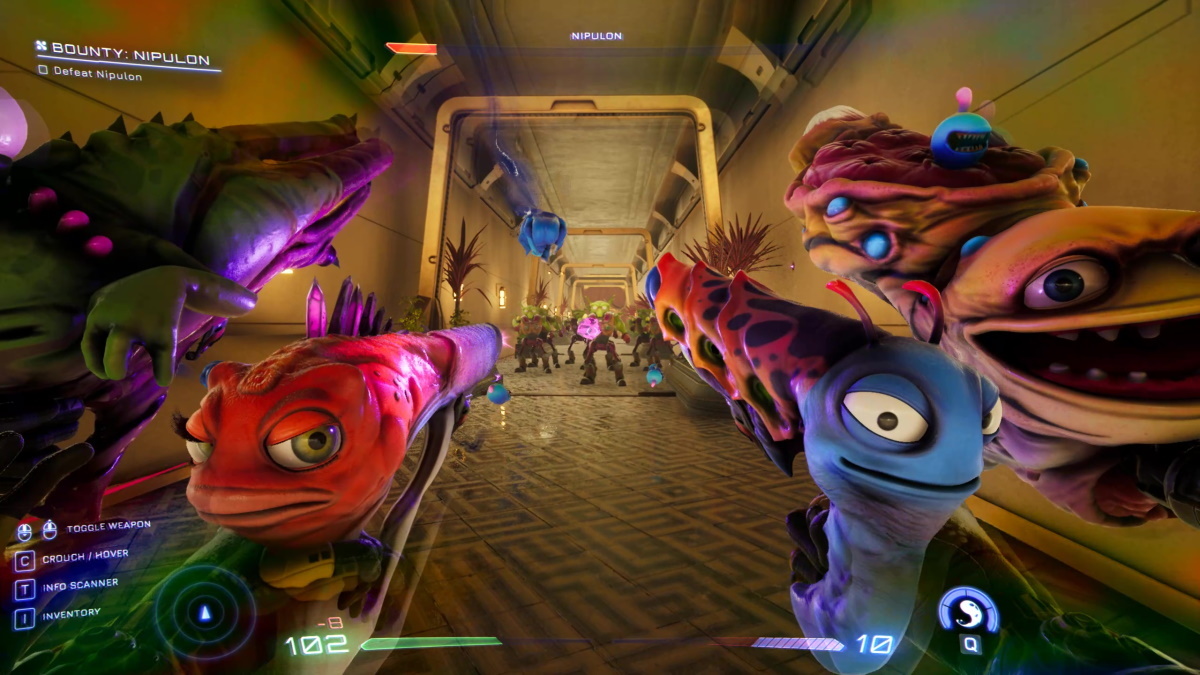 How to solve the Volvelle Puzzle in Pentiment: Guide

By Kevin Foley15 hours ago
Guides

By Iya Paterno17 hours ago
Guides