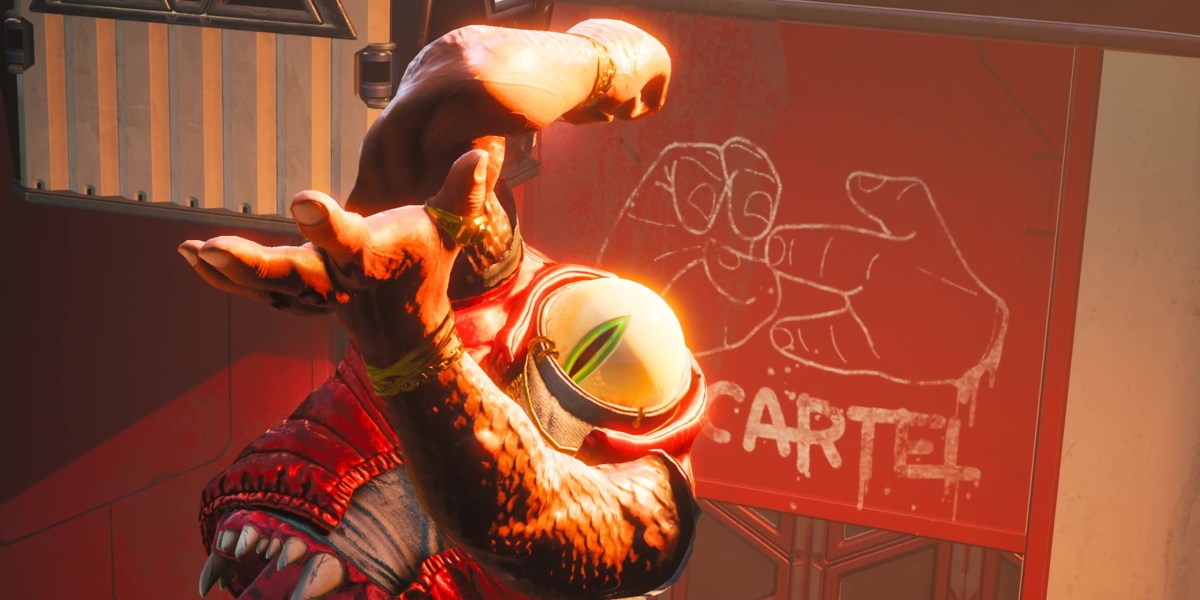 So you’ve finally come face to face with your latest bounty. The Skrendel Bros make for one of the most interesting boss fights in High on Life, so you might want a few tips for collecting on them. We’re going to break down the phases of the fight, as well as give you some handy pointers for taking them down. It’ll take a few minutes, but you’ll best the whole family as long as you keep your wits about you. Here’s how to beat the Skrendel Brothers boss fight in High on Life.

One at a time

You first run into Jonathan before the others. He’ll elbow-drop the ground, resulting in green rings spreading with each impact. Jump over these and keep your eyes on him. You can use whatever gun you want. For medium or long-range, it’s a good idea to use Kenny. Gus is great for hitting him up close, though. But you’ll be fine regardless of what you choose to go with. Sweezy’s time bubbles are also quite handy, but that goes for every enemy in the game.

Afterward, you’ll meet Angela, the second brother. Angela will shoot projectiles at you if you’re at a distance. If not, he’ll swipe at you. The same tactics apply here, so shoot him. It’ll be up to you whether you want to snipe at them with Kenny or dodge any melee attacks. Angela summons G3 members to provide backup, so you can fight them or just ignore them if you’d rather just dodge their attacks. Your health recharges, you know. 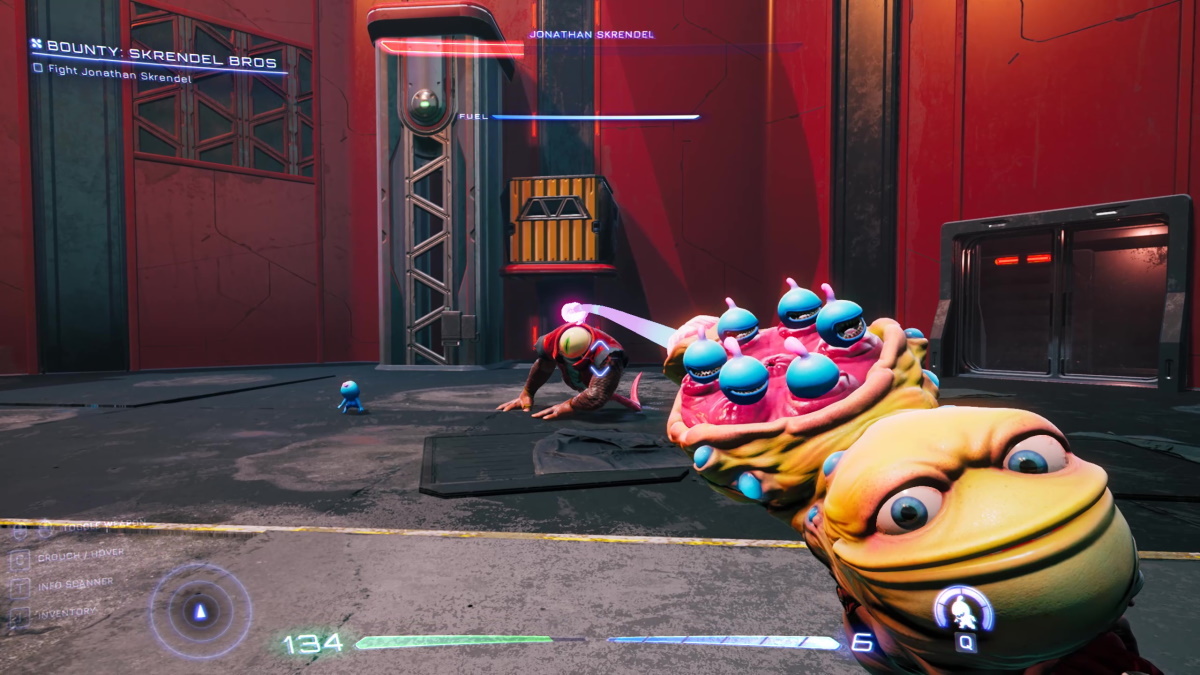 At the end of this section, you’ll enter the boss arena and a laser gate will close behind you. This is where you’ll meet the third brother, Mona. They have two primary attacks: charging at you, which can be dodged to the side with ease, and spinning around rapidly and shooting blobs of green goo. Avoid them while they’re spinning and shoot while keeping an eye on the goo. Just like the other brothers, Mona won’t last long. But all of this was basically just prep work. The three combine to form Bro-Tron, which is what they call it when they stack on top of each other. Look, adding “tron” to your name doesn’t make you part of a giant robot.

Bro-Tron uses all three brothers’ attacks. It’ll stomp and create even taller green rings and it’ll launch green goo at you. Just keep shooting it with whatever. But here’s where things get a little dicey. Once you do enough damage to Bro-Tron, the brothers will separate and you’ll have to fight all three of them simultaneously. Typical multiple enemy strategies apply. Pick one brother to whittle down, as the sooner one is dead, the fewer foes you’ll need to contend with. They’ll use all of their unique attacks simultaneously, so you’ll have to watch out for the green rings, the goo, and melee attacks all at once. 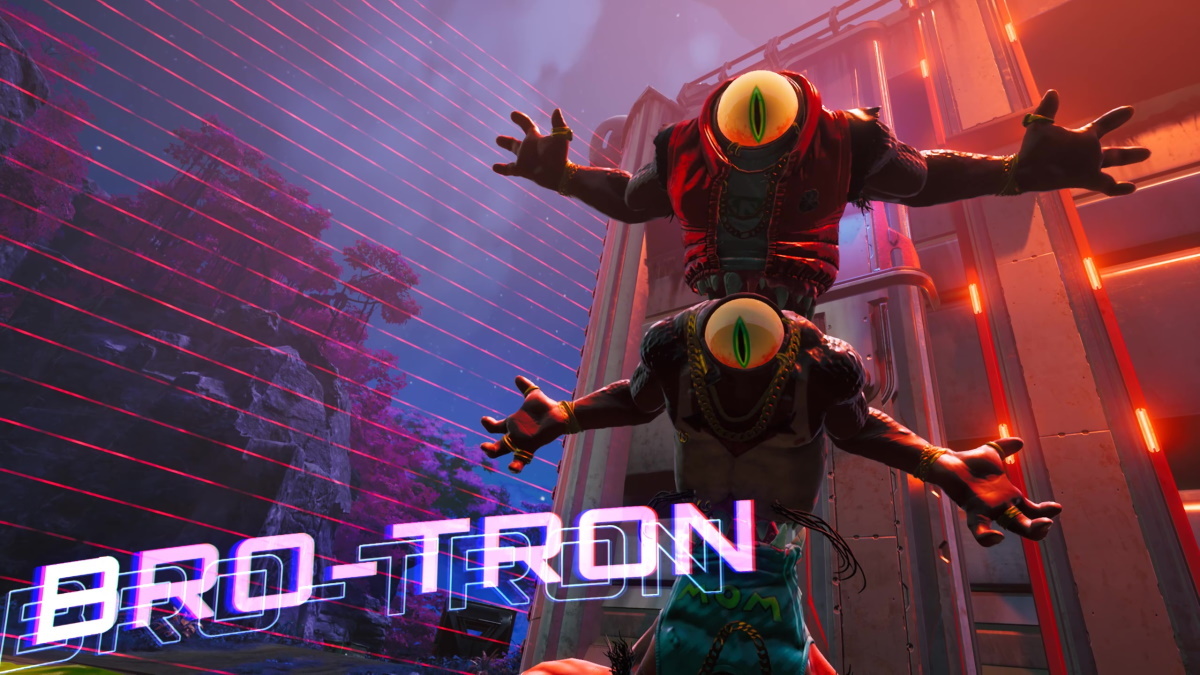 It doesn’t matter much which one you take out first, as their numbers are the primary challenge here. It’s a good idea to use Creature’s special ability to briefly mind control one of the three, as it’ll get them off your back for a bit, which gives you some much-needed breathing room. After a little while, the brothers will reform Bro-Tron and gain a new move. They’ll stand still in the room and create waves of green tornadoes. When this happens, back off, which will increase the space between the tornadoes, making them easier to dodge to the side.

When you get them down to just two brothers, they’ll shoot these green rings at you, but you’ll be able to avoid these by dodging. But just keep the above in mind and keep shooting them, focusing on one at a time and they’ll fall eventually. That’s all you need to do to beat the Skrendel Brothers boss fight in High on Life. Knifey will then have a field day collecting proof from three separate victims. 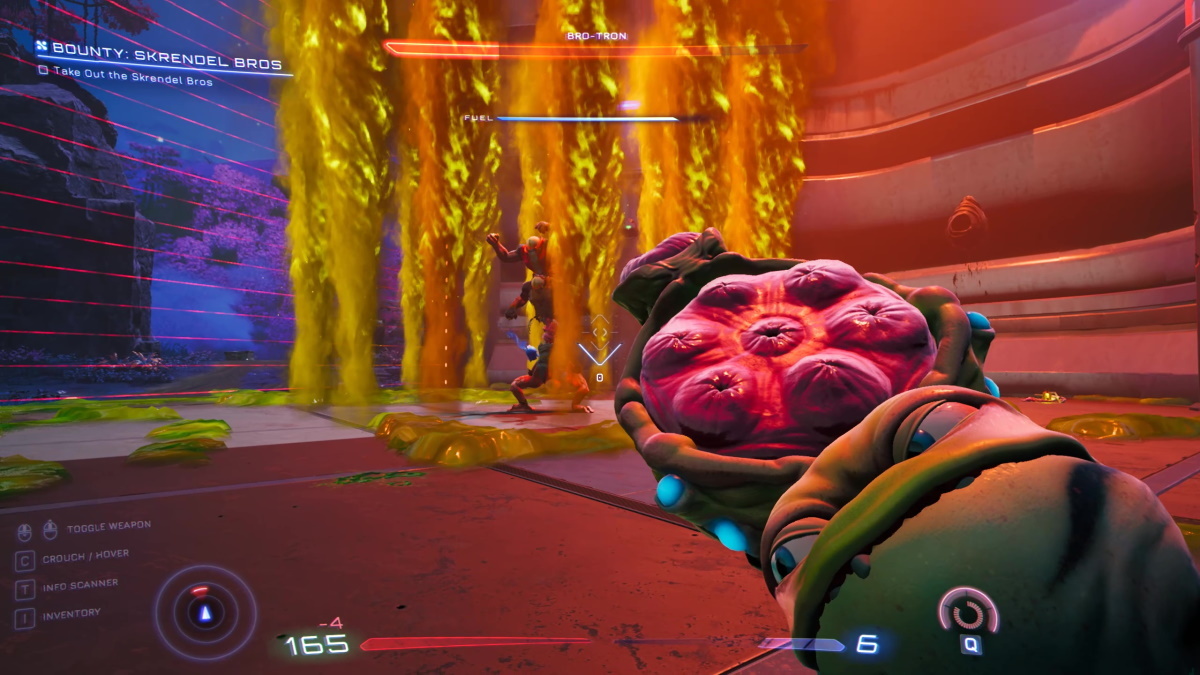 A tip for fighting the Bros: Using Creature’s mind-control ability during any fight against a single Bro holds them still for a moment while they punch themselves. This is the best way to damage them quickly. The arenas also have hives on the walls. Shooting Creature’s, erm, child into one sends a grappling bug into the air. You can use that to get off the ground quickly in order to dodge incoming slime waves.

By Iya Paterno1 hour ago
Guides

By Iya Paterno2 hours ago
Guides

By Iya Paterno3 hours ago
Guides