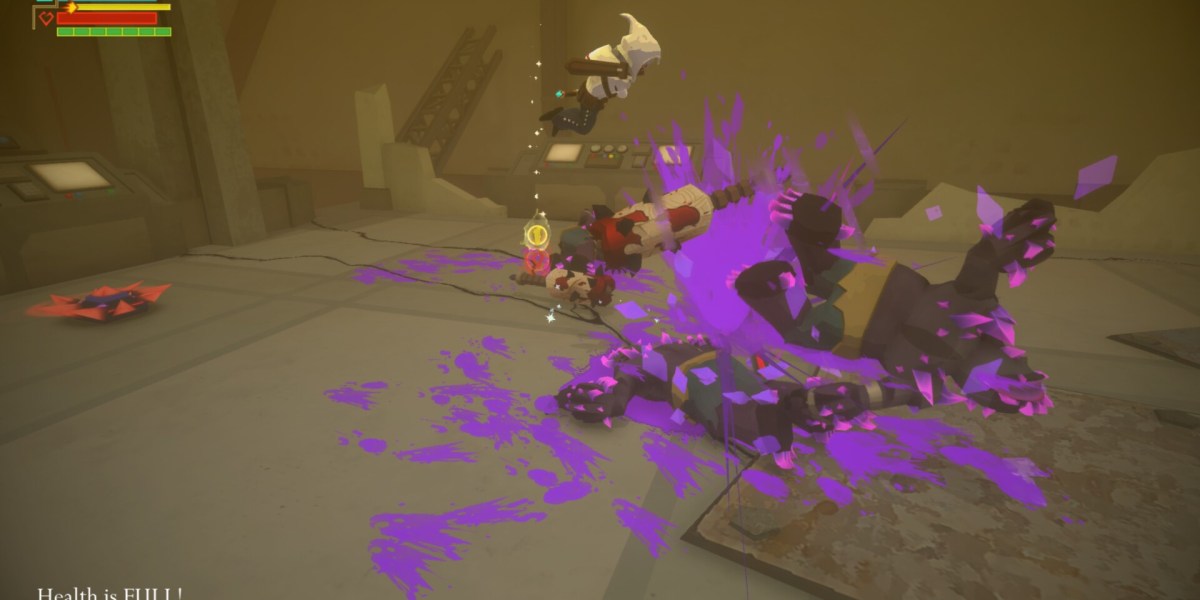 A lot of games like to scream about how much player choice matters. Hindsight 20/20: Wrath of the Raakshasa talks a big game about this same thing, but, narratively, the choices in the game do matter. The game’s combat can be satisfying in spots, plus the narrative moves at a brisk pace. But the story is weak, shallow, and heavy-handed. Additionally, the combat and level design are both fairly repetitive. The game isn’t pleasing on the eye either, looking like it could have been released on the Gamecube back in 2002, with some concessions of course. It’s not bad, but it’s certainly not good either.

Hindsight 20/20 is all about Jehan, a man whose father was executed by order of his country Champaner’s (or city-country, I guess. It’s not clear) king. An infection turns people into Raakshasa’s, mutated humans that succumb to bloodlust and attack normal humans. The king wants to kill them all, but the head Raakshasa has a MacGuffin that can destroy Champaner because reasons. It’s up to you to decide what to do about all of this. There are a few different endings you can get based on your choices as well.

The plot is not interesting and there are no likable characters, to be blunt about it. However, the choices you make do have both major and minor narrative repercussions. Hindsight 20/20 gets off on the wrong foot with this almost immediately though. At the very beginning, Jehan has to go and talk his best friend, who is turning into a Raakshasa, into not killing himself. If you don’t choose the right responses, he does it. This happens before you really understand what the hell is going on or how exactly the game expects you to react to such a situation. Although, nothing like this ever really shows up again. 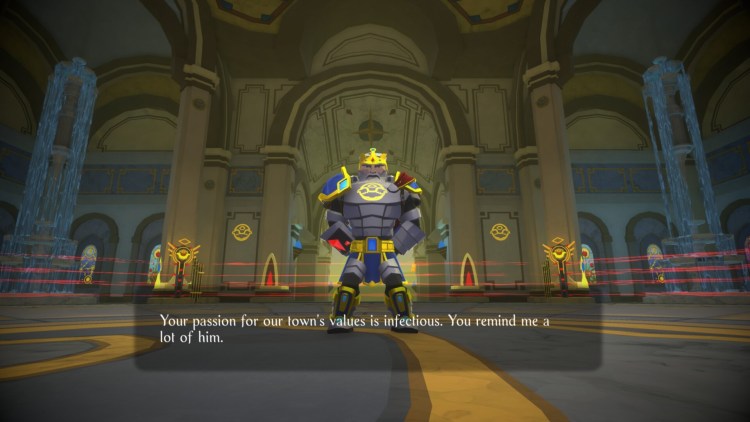 Cut that guy in two pieces

Most choices in Hindsight 20/20 boil down to “kill this person or let them go.” A person you let go might go on to do something terrible, but for understandable reasons. The writing is too devoid of nuance to make any of this worthwhile, however.

One of the game’s more defining features is that Jehan can fight with either a sword or stun baton. Certain enemies also only fight with lethal or stun weapons. You can actually swap between them at will without really jeopardizing which story route you take, although enemies will have different bits of dialogue based on your choices. For instance, when Jehan fights Champaner guards without killing anyone, they almost always say a variation of, “thank you for respecting our values. Your father would be proud, for he was such a good man.” It’s a bit silly.

The feel of combat is totally different across the lethal and stun types. The sword has you hack and slash at enemies until their low-poly Lego-ass bodies get sliced in half over pools of cheesy blood. The stun baton doesn’t make much sense, though. It does nothing for most hits and you need to chain attacks between enemies. Hitting the same foe twice in a row will cause them to take no damage. The third hit in a chain will cause most enemies to flee immediately, while some require two of these. Chaining six hits will use an attack that hits multiple enemies simultaneously.

With the sword, every sixth hit is a stronger slash that often cuts enemies in half. Enemies drop yellow energy called Shakti when they’re defeated, which can be used to power special attacks that can be useful, especially on higher difficulties. Once you use one of these attacks, Shakti energy starts draining and doesn’t stop until it’s empty, which is a weird choice. Jehan can also dash to avoid damage, which uses up a stamina charge. If these run out, he’ll be slowed down until it recharges. 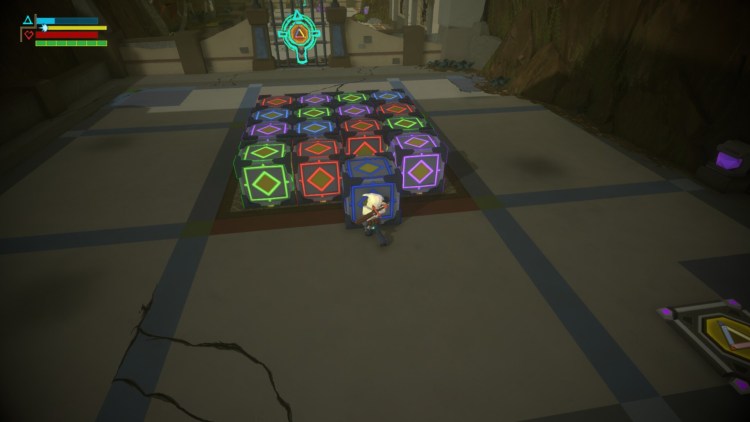 The biggest problem with combat in Hindsight 20/20 is that almost all enemy encounters feel the same. Changing up your weapon choice can make them feel different, but the fights themselves aren’t memorable or anything. Some enemies, such as the Raakshasas that throw acid on the ground, are terrible, though. That enemy, in particular, is poorly designed and I ended up using a cheese method to stunlock them. There are also a couple of boss battles, both of which are alright, even if they go on too long and are a little boring once you figure them out.

Level design doesn’t fare much better. Each gameplay area is made up of combat, puzzle, and navigation rooms. You take a few steps, fight a wave of enemies, grab a key, unlock a door, push some colored blocks to solve a simple puzzle, and then avoid hazards by walking carefully. Jehan can’t jump, which feels like a missed opportunity. Some platforming would have made the movement and levels feel less flat and uninspired. Then again, it might have been awful, so maybe it’s good that there isn’t any platforming. But that’s all there is to every last area. You find colored keys in rooms and open doors until you get to the end. It’s quite basic.

Hindsight 20/20 is also very short, with first playthroughs taking about four hours or so. The game randomly switched the difficulty to the hardest one and I didn’t realize it until I was more than halfway through the game, so it may have taken me longer than it’ll take many. Once you beat the game, you can start a new journey on the same save file. Best as I can tell, this isn’t any different from starting a new game from scratch, but some people will want to try the game again with the opposite choices. In my playthrough, I’m satisfied that my choices were the most ethical ones, given the situations, but I still got a fairly negative ending. I wasn’t invested enough to actually care that much, though. 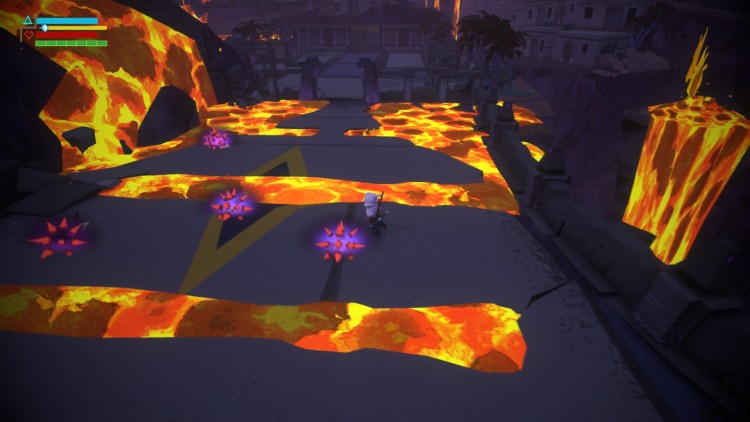 Regardless of its visual drawbacks, this isn’t a bad title as such. It’s not a pain to play and I did get the occasional bit of entertainment here and there. But between the subpar story, repetitive gameplay, uninspired level design, and poor visuals, there’s simply not a lot going on here to make it worth your time.

Hindsight 20/20: Wrath of the Raakshasas

Not particularly offensive, but too repetitive, poorly written, and dull to inspire much admiration. Hindsight 20/20 has some nifty ideas, but they're not enough to act as a lifesaver.

Warzone hackers are taking to the skies with flying vehicles