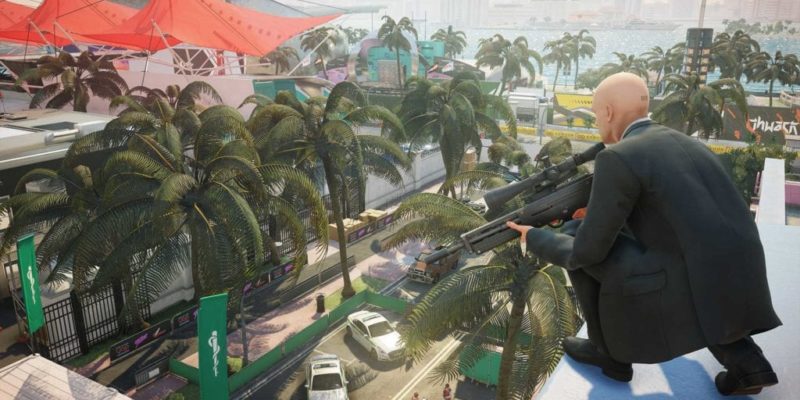 After the leak from a couple of days ago, Warner has finally officially announced HITMAN 2.

This is a follow-up to HITMAN so expect similar gameplay but with new “breathing environments” but this time there are no episodic releases, it’s a single full game purchase.  Once again players will be heading to exotic locations around the globe including Miami which is mentioned in the blurb. Agent 47 will be tasked hunt the elusive Shadow Client and unravel his militia.

A new feature for HITMAN 2 will be the Sniper Assassin mode which brings co-op to the series for the first time. Two players will have to work together to take down targets. The mode will also be playable solo as Agent 47.

“We are thrilled to partner with IO Interactive on HITMAN 2 and bring the latest game in this iconic franchise to the passionate HITMAN fanbase and new players,” said David Haddad, President, Warner Bros. Interactive Entertainment. “IO Interactive has done a fantastic job with the Hitman franchise, and this new game will provide a distinct gameplay experience for players to be creative in larger sandbox locations.”

“We are very proud to announce HITMAN 2 as the next exciting chapter in our ever-expanding world of assassination. Building on the success of our previous game, HITMAN 2 introduces exciting new features, new modes and franchise firsts to make for a larger and richer game,” said Hakan Abrak, CEO, IO Interactive. “We couldn’t have wished for a better partner than Warner Bros. to bring this game to our passionate community and introduce new players to our universe. Welcome back 47!”

HITMAN 2 released on 13 November 2018 but you can start playing the Sniper Assassin mode right now if you pre-order on Steam.

World of Warcraft: Battle for Azeroth will launch simultaneously in all regions