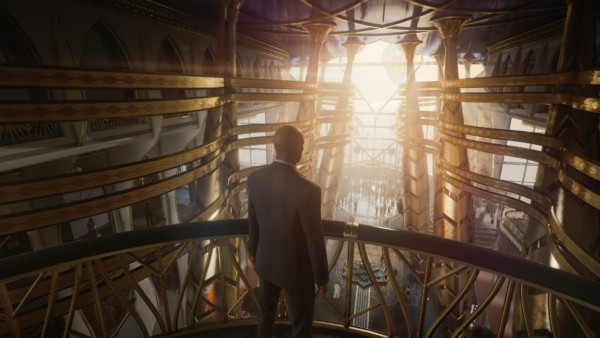 Hitman 3 is the next in a long line of Epic Store exclusives. The upcoming sequel in the Hitman series releases January 2021, now on the Epic Store along with all major consoles. There’s no mention of a Steam release here, but we can reasonably expect a Steam version a year or so down the line. For now though, you can add Hitman 3 to your Epic Games Store wishlist, if you’re so inclined.

In tandem with this announcement, developer IO Interactive has revealed a new location for Hitman 3—Dartmoor, England. The trailer introduces us to Thornbridge Manor, where a mysterious death has occurred. Initially treated as a suicide, the real reason remains unanswered until our favorite bald bloke shows up to solve the mystery. Agent 47 has arrived at Thornbridge Manor to find out what really happened, and probably take out a few others along the way.

The Manor itself looks a real joy to explore. We’re expecting plenty of hidden doorways and secluded tunnels. It’s a departure from what you typically link with Hitman, but we’re all for it. Weirdly, IO Interactive is channeling a bit of Tomb Raider energy in its second release since breaking apart from Square Enix. Hitman 3 is looking quite varied then.

In more Hitman and Epic news, the next batch of free games have been revealed for the Epic Games Store. Episodic adventure Hitman 2016 will be free to keep, if you claim it between August 27 though September 3. The other free game for that week is the Shadowrun Collection. Right now, Enter the Gungeon and God’s Trigger are free on Epic’s storefront for the week of August 20 through the 27th.

Hitman 3 will launch in January 2021 on the Epic Games Store as an exclusive for the time being. Right now we don’t know anything about other PC platforms.