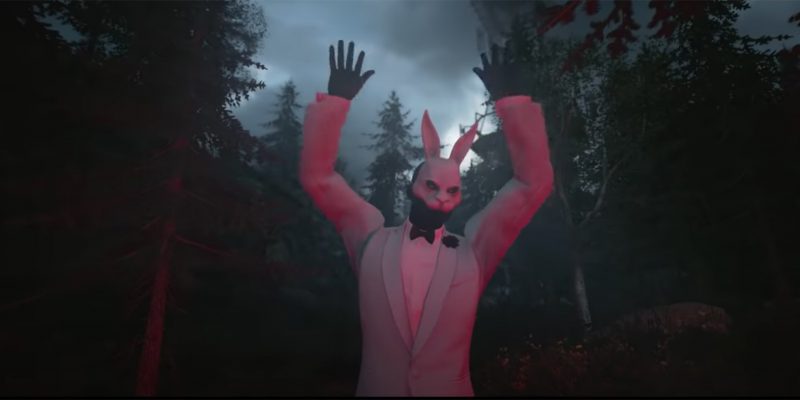 We’re almost a week into March, and Io Interactive has revealed what’s in store for the rest of the month. The studio released its Hitman 3 March roadmap today, detailing a big seasonal event. There’s also some new content in store and a game update later this month. All in all, it’s looking to be an action-packed month for Hitman 3.

Perhaps the biggest news of the Hitman 3 March roadmap reveal is the game‘s very first seasonal event. Celebrate Easter with Agent 47 in Berlin as you participate in the Berlin Egg Hunt. From March 30 to April 12, your goal will be to find various eggs in the areas surrounding Club Hölle. These eggs aren’t for you to eat, though, as they each contain a deadly poison. Completing the event will earn you the Raver Outfit, a yellow sweatshirt with an overcoat and dark pants. According to Io, more information on the event will be revealed later this month.

Starting today, players can access an Escalation contract known as The Lesley Celebration. “Throughout various escalating steps, you’ll take your Berlin nightclub knowledge to the ultimate level, all while dressed in the most fitting clubbing attire,” the official roadmap video stated. A new Elusive Target will also arrive later on the Isle of Sgail. This Hitman 3 challenge, known as The Stowaway, will be available from March 19 to March 29. 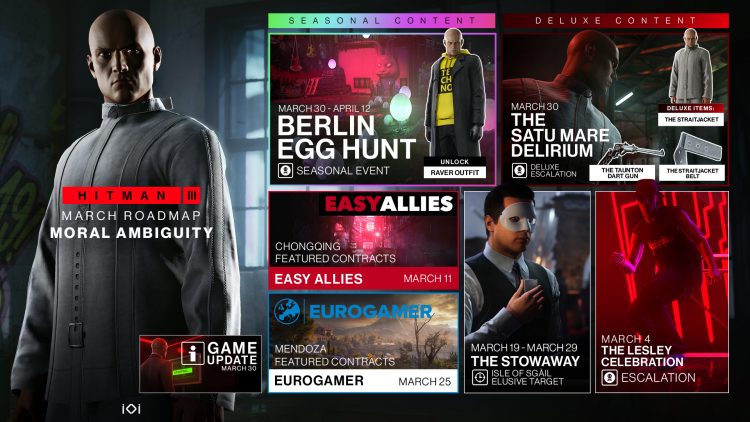 Hitman 3 Deluxe players receive their own exclusive content on March 30. The final Deluxe Escalation, Satu Mare Delirium, sees Agent 47 held captive in a straitjacket. Escape captivity and complete the challenge to unlock your very own straitjacket and belt, as well as a new dart gun.

The March roadmap for Hitman 3 also includes new batches of Featured Contracts, though it’s not yet known what these will entail. The first will come from Easy Allies on March 11 in Chongqing. Later, on March 25, Eurogamer will unleash its own Featured Contracts in Mendoza.

The month will end with a Hitman 3 patch on March 30. This update will take care of bugs, improve user experiences, and make way for even more content to come in April.