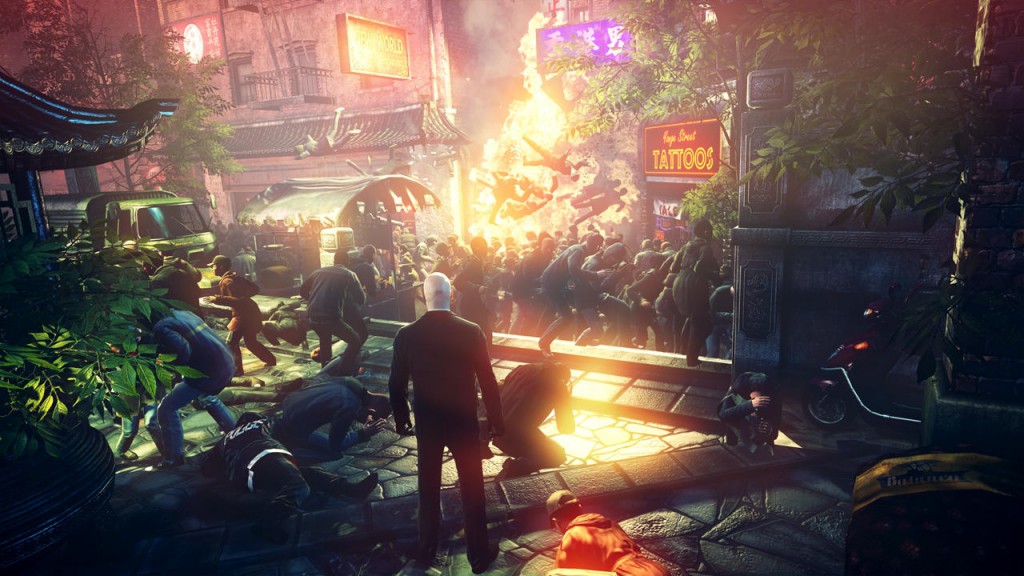 It’s annoying being an assassin sometimes… I imagine. You like killing people so much that you’ve dedicated your life to it, but you can only kill who you’re told. It cramps your style, makes you feel used, your talents are wasting away.

Well, Hitman’s Agent 47 might have been given a lifeline in the form of Contracts mode. The idea is that you can define your own targets from each of the game’s single player levels, which then have to be killed in the exact way you decide. Once you’ve created a Contract you can send it around to those on your friend list with the game and/or upload it to be played by the general public.

We recently sat down with IO Interactive’s Torben Ellert, lead designer on Contracts, to further understand how the mode works and the reasons behind its inclusion.

IncGamers: There are a lot of new elements in Hitman Absolution, how delicate of a process is it to incorporate those without weakening what made previous Hitman games successful?

Contracts mode is something that came from the fans, and I know how trite that sounds. If you look at what fans have been doing with Blood Money, the last Hitman game which is now six years old, they have essentially been making Contracts; they were making YouTube videos and forum posts showing off all the seemingly impossible things that they’d done within a game that we didn’t build that kind of stuff into.

So when we were thinking about what we could do in Absolution to make the fans enjoy it even more and extend the life of the game, we came up with Contracts mode. Essentially, we took what they were doing – which is to highlight targets and ask you to kill them in certain ways – and make that into a full on game mode.

IG: How do you set up those “contracts” for yourself?

It then becomes very much about your skill as a player and how hard you can make the contract. Some examples seem easy on the surface, but then you realise they’re actually very difficult. One of the examples we showed to the public (at GamesCom) asked you to kill a cop, which sounds easy. But then you get a look at him and he’s standing in a large crowd and he doesn’t move… how do you take him out without being spotted?

Currently I know of three ways to get him to move so you can take him out quietly, but I’m certain that there’s more. You can always just complete a contract by blasting him in front of everyone, but that’s not really the point.

IG: Is it scary creating a mode in which you don’t know what the player is going to do?

TE: Yes it’s scary, but it’s also awesome. Plus, you know players are going to do it anyway and try to push the boundaries as far as possible. We wanted it to be more accessible. We didn’t want you to have to be one of the really hardcore fans that’ll use FRAPS to record it and YouTube to upload it and then comment on it and use social media to promote it.

By building the social infrastructure around it – things like the message centre that shows which contracts your friends have played, and promoted ‘featured’ contracts – we can give them a much better sense of what Contracts is and how they can interact with it.

In Contracts the levels change dramatically from how they play in the story. For example, the library level sees Agent 47 avoid the cops that are hunting him and escape the building. Contracts let’s you explore the “what if” moments. What if the police sergeant is a target that has to be taken out? You suddenly have to get in to the library in a specific way and take him out in a specific way.

The Contract that we made was ludicrously difficult because the guy is always surrounded by other cops, but one of the stipulations was that there should be no witnesses. It became an exercise of disguises, distractions and expert timing – things that have always been a core of the Hitman franchise, but presenting them in a new way. 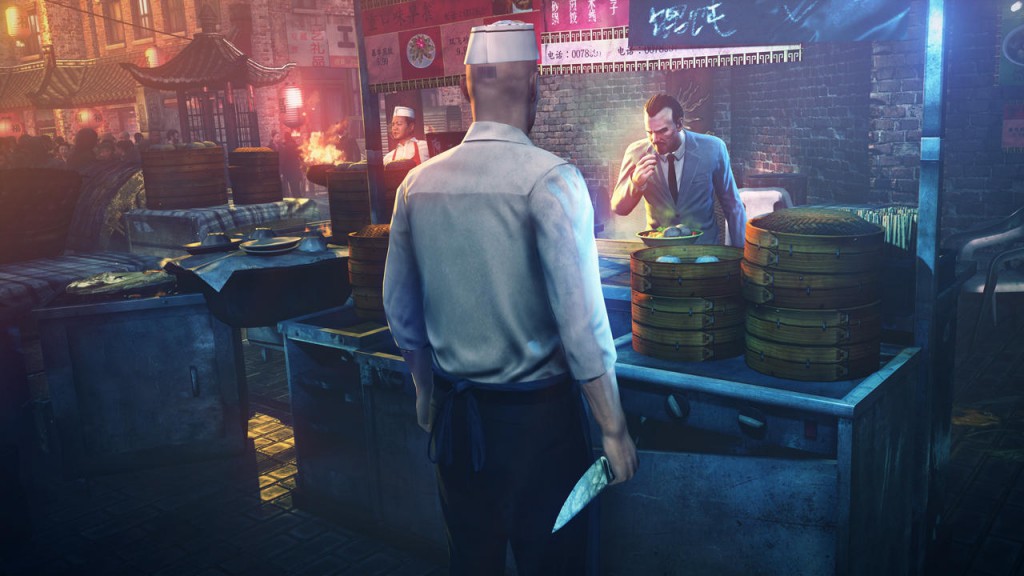 IG: How do players share Contracts they’ve made with one another?

TE: Basically, once you’ve created a Contract by playing through the level yourself and have named it and added a description (for narrative purposes if you want it), you’ve got various options.

You can create a private competition between players you invite through your friend list, or you can save it and send it to the main list of contracts. That list can be sorted through various filters so players can find exactly the kind of thing they’re looking for.

IG: Can you go as far as editing the layout of levels and/or the positions of characters?

TE: No, you can’t. That was mainly because we wanted to avoid it becoming an editor. I mean, I’m a games designer and I don’t create user generated content. I played a lot of Star Trek Online and City of Heroes, which both have really robust game design tools, but I never used them. I think that by making something that is more about actually playing, more about working out what you can do and pull off, we can lower the barrier to enter and get players adding more content for everyone to play.

More people will interact with it if we keep it about the playing and don’t go too far down the editing route.

TE: I like sandbox games. Hitman Absolution has a strong story, but because of the robust nature of the AI and because of the way the game elements work together – i.e. the way can use disguises to trick people – means that there’s a huge scope for doing things that we as designers didn’t predict you could do.

In a way it’s harder to create something like this, but it’s also very rewarding… as opposed to creating a very linear, singular experience, at least. That’s the thing I’m really happy about in Hitman Absolution, there are so many ways to pull things off.

BRAND NEW WEBSITE AND DRIVER ROSTER ANNOUNCED FOR NASCAR THE GAME: INSIDE LINE

By Greg Bargas4 days ago
News