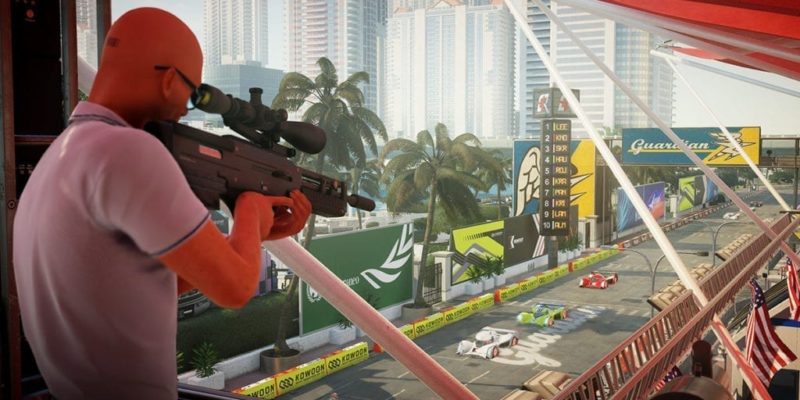 Have you ever wanted to enter the world of Hitman yourself? Well, put down that piano wire and take off that stolen nurse outfit, Warner Bros. Interactive Entertainment has announced a better method.

Today, the company revealed the HITMAN: Sniper Assassin Competition, offering you and fellow wannabe assassins on PC, PlayStation 4, and Xbox One a chance to win the grand prize of having their name and likeness added to the upcoming HITMAN 2. To enter you must pre-order the game and downloading the free standalone Sniper Assassin mode and register for an IO Interactive account.

In the game mode, armed with a long-range sniper rifle, you are tasked with taking out body guards and priority targets. Sure, the classic head shot is reliable, but c’mon, you can do better than that. However, taking out unsuspecting guards by shooting a statue causing it to collapse on them? That’s the real money shot.

Only three winners, one on each platform, will be chosen on the conclusion of the event on November 6.

Do you think you have what it takes to be the top assassin? Forget about getting that super edgy bar code and check out the trailer and link below.

For complete rules of the event, click here. HITMAN 2 releases on November 13 for PC, Xbox One, and PlayStation 4.