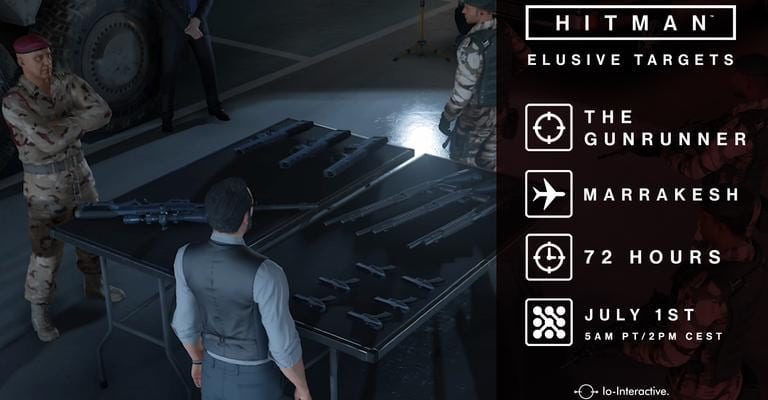 A bit of a weird server hiccup appears to have revealed a couple of upcoming Hitman elusive targets early. The first is an official announcement, the Gunrunner, who will be plying his dodgy trade in Marrakesh from 1 July for 72 hours.

Server weirdness temporarily revealed a few other names, some which have already been released (The Prince, The Sensation, etc), and others which are presumably coming in due course. Details are pretty scant, but one called The Identity Thief appears to be planned for Paris, and someone dubbed The Baker will be in line for Agent 47’s attentions as well (possibly in Sapienza?)

Hitman’s server glitch also revealed some items that are not yet in the game; things like emetic chewing gum and a remote explosive phone. It’s not really clear whether these are unused items (unintended for release) or future additions.

You can see images of a few of these curiosities, below. 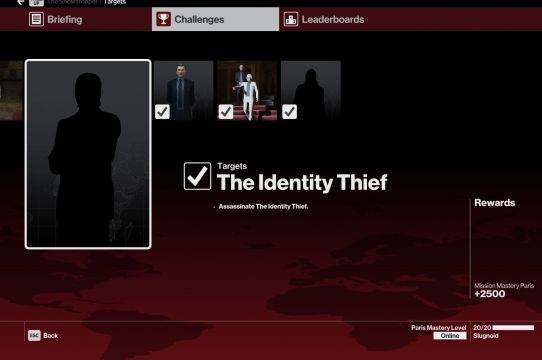 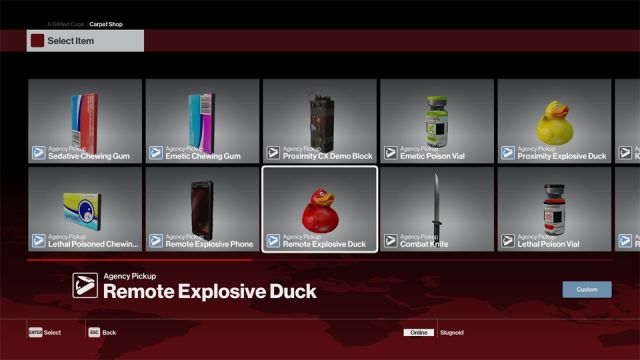