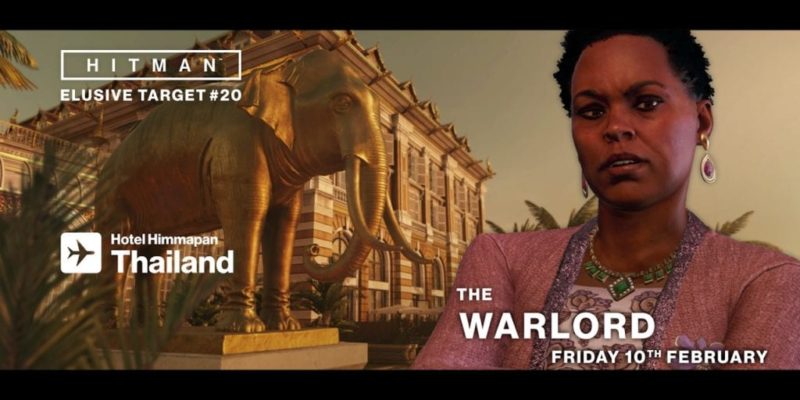 The PC version of Hitman has been having server problems for the last few hours, making it impossible to play the latest Elusive Target mission (or much of anything else). According to IO, those issues are “now subsiding“.

A prior tweet attributed the server down-time to a Steam-wide problem which couldn’t immediately be ‘fixed’ at their end of things. Details never really got any more specific than that, but whatever was wrong is apparently being dealt with.

If indeed you’re able to get online now, then the 20th Elusive Target – The Warlord – is now available to tackle in Bangkok. It’s another double objective mission, as you not only need to assassinate Adeze Oijofor, but also retrieve some maps and data files from somewhere within the building.

Here’s the lowdown on your tasks. The mission will be available for seven days.