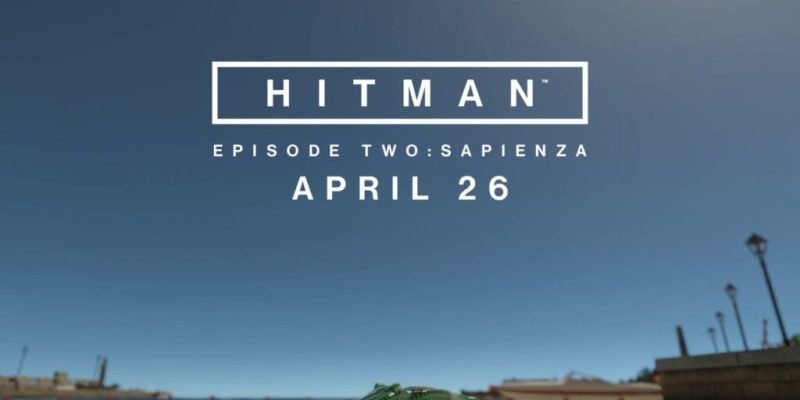 Hitman’s 1.03 update (which will introduce the Vampire Magician challenges and make some stability improvements) is not yet ready for the PC version. IO explain in a Steam post that this is because the PC patch will have “platform-specific updates and improvements” that will be detailed in patch notes once the update is ready.

It’s said to be coming in the “very near future”, so that might be as early as later today or Friday morning.

There’s also word of a release date for Hitman Episode Two (set in the Mediterranean town of Sapienza). That’ll be coming on 26 April. Below, you’ll find a thoroughly exciting 10 second trailer confirming that fact. It does feature an inflatable alligator mind you, so I hope that’s a clue to a future murder-method.

Here’s what the 1.03 patch will add when it does show up (minus the PC-specific stuff, which they haven’t outlined yet):