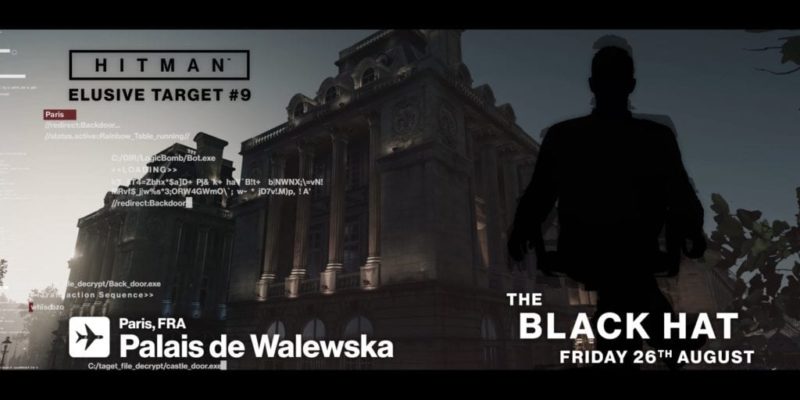 Hitman‘s 9th Elusive Target has just gone live, and this one’s going to require a bit of detective work.

“The Black Hat” sends you after a black hat hacker known primarily by his online alias of Protagonist, and for once, you’ve got no clue of what he looks like. What you do know is that he’s in Paris having been hired by Dalia Margolis for a hack, and that he likes a particular type of fruit jam. You also know he’s with his partner, who goes by “whitecap”. It’s up to you to work out what the hell he looks like, execute him, and then get out. And, as with all Elusive Targets, you’ve only got one shot at it – no pun intended.

Also: “he likes jam” is probably the shittest hint ever. Either that stuff is really unpopular in Paris, or your best bet is to leave a pot of poisoned jam around somewhere and murder everyone with a taste for the gooey fruit stuff.

Despite what the video below implies, it looks like you’ve got 72 hours to execute this contract. Off you pop, 47. It’s no use just killing time.