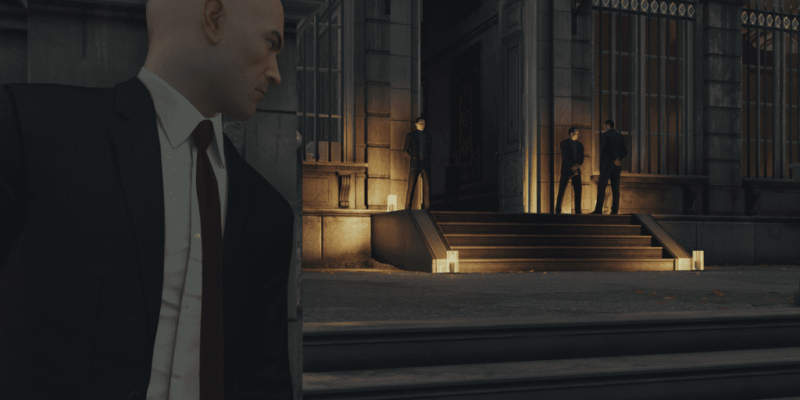 Square Enix and IO Interactive are going all-in with their pricing and release model for the new Hitman. After word emerged about cancelled pre-orders and “structural changes”, many speculated that the game might be getting a more traditional release after all. Instead, the opposite was true. Hitman was no longer a split release (half in March, half later in the year), but would instead issue every individual location as a separate episode.

To quickly summarise the basics of what that means: it’ll still be possible to stick down $60 USD for all of Hitman. You don’t actually get all of it until (probably) around the end of 2016, but that was also going to be the case with the prior model.

An “Intro Pack” featuring a prologue and the Paris location will be released in March for $15 USD. People who buy that one will then either pick-and-choose from the next five locations at $10 apiece (potential total cost $65) or purchase a $50 “yeah I’d just like all the rest” add-on (again, $65 in total).

Post-Paris locations will be released semi-monthly. Italy and Morocco will supposedly be April and May respectively, but Japan, US and Thailand will almost certainly be later than June, July, August because the game isn’t scheduled to wrap up until closer to November.

Agent 47 will be descending at the pace of one step per month.

That rather convoluted set of purchasing options and staggered release dates is how Hitman will now work.

The benefits to the publisher are pretty clear. For every person who goes the $65 route (either out of choice, or because they were so baffled by the different options that it happened by accident), Square Enix gets a bonus $5. The only way they can lose out is if people who would have opted for the $60 full game now go for the $15 “starter” set and ultimately decide to spend less than another $45 on the game. Square are presumably estimating that they’ll get more of the former people than the latter, and that any losses will be covered by ‘extra’ players curious enough about Hitman that the $15 option seems attractive.

It’s a gamble, but one they’ve surely researched. You can almost smell the powerpoint charts and internal spreadsheets.

IO Interactive may also appreciate additional time to work on the game. Hitman has already had a couple of delays, and now the Italy and Morocco locations have, effectively been delayed by a further one and two months respectively. As other episodic games have shown, it’s much easier to switch around release dates of subsequent episodes than it is to keep postponing an all-in-one $60 release. 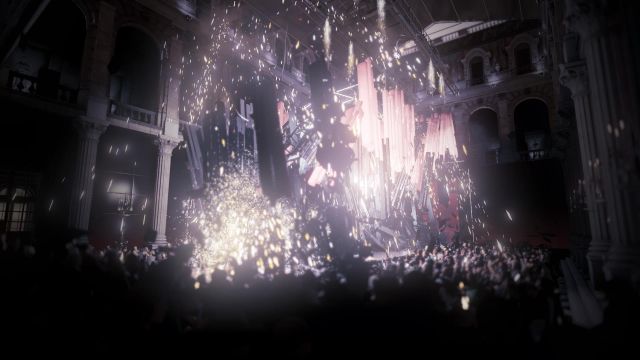 This Paris one’s probably finished, they keep showing it off.

Both publisher and developer may also profit from staggered media coverage. Getting exposure (be it through the written word, video, streams or whatever) for a title is vital in an industry that now has no shortage of interesting and high quality games to talk, critique, and enthuse about. If your game is released in (effectively) six parts, you can maintain some level of media coverage across an entire year. Some sites might even give each episode location a scored review.

This could obviously turn sour if episodes suffer lengthy delays or most of them turn out to be crap, but the potential for a year-long Hitman media cycle (drip fed with release trailers and teasers for upcoming episodes) is worth the risk to Square Enix.

It’s a little harder to figure out the benefits to the actual player. The pricing structure potentially protects a buyer from a duff $60 game (instead, you’re only out $15 on Paris), but adds a $5 surcharge for the privilege. If this try-before-you-buy model was truly motivated by altruism and customer protection, then something (say, the prologue) would just be released as a free demo. Same principles, but without the initial outlay and risk for the player.

Sadly, this is what happened to the last person in the videogames industry to suggest a widespread return to free demos.

Granted, it might be nice to be able to pick and choose desired locations. If it turns out that, for example, Morocco and Japan are really, really good, but the rest of the locations are okay-to-a-bit-disappointing, then it’ll be possible to play the superior parts of the game without having to spend money on the less interesting bits. That’s a purely hypothetical scenario, but a somewhat attractive one.

Hitman can just about work in this pick-and-choose way. Even though IO have said they want to build a long-running storyline, it’s unlikely anybody will ever be confused about why Agent 47 has wound up in Thailand. He’s there to kill somebody, like always! The sandbox levels seem very much as though they will be driven by the stand-alone missions within them rather than an overall plot. Though if that’s a mistaken assumption, then the pick-and-mix approach may not actually be that attractive after all.

This release structure just feels weird though, doesn’t it? Not out of some innate fear of change or conservative unease at a non-traditional price model, but because the principle of handing over $60 up front and then having the game delivered very slowly over the next 8-12 months doesn’t seem like a deal that’s at all weighted to your side. It’s unlikely that development will fall into so much trouble that IO is unable to deliver the last couple of mission locations; yet that’s a risk with this model. A risk that isn’t there when all (or the majority) of a game is released in one go.

A lot of IO Interactive’s early statements about this new Hitman game seemed specifically designed to calm players after the divisive (and, to be honest, mostly just unpopular) Hitman: Absolution. This one was going to be much more inspired by Blood Money, the levels would be huge sand-boxes, no ridiculous checkpoints, a reworked disguise system, and so on. The message, for good reason, was largely “don’t worry guys, this time it’ll be back to the Hitman you remember”. It was a real Don’t Startle The Horses campaign.

Framed in that context, this pricing experiment seems like a dangerous gamble.

Now, there’s concern. Now there’s something strange and new to have to deal with, which doesn’t exactly go out of its way to show why it’s necessary or beneficial for the Hitman players. There are certain advantages to this style of release, but they predominantly seem to favour the publisher. It potentially brings in more money per player for Square and gives IO more time to make the game piecemeal, but exposes buyers to additional risk. Just as the perception of the Hitman series seemed to be moving back to where IO wanted it to be, doubling-down on this unusual pricing experiment has cast brand new doubt on the game.

By Jason Rodriguez18 hours ago
Features

By Jamie Sharp5 days ago
Features

By Steven Wong7 days ago
Features