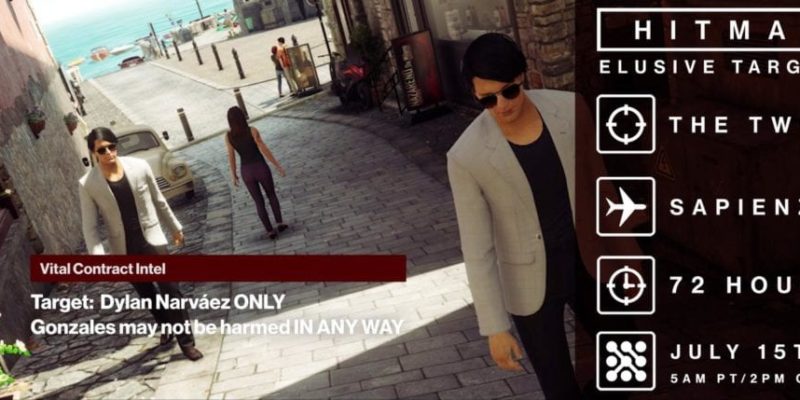 Significant reconnaissance is going to be needed for Hitman’s next elusive target, because he’s one of two identical twins. Due on 15 July, the contract will task Agent 47 with eliminating Dylan Narvaez. Gonzales Narvaez, on the other hand, must not be harmed at all.

Unhelpfully, they’re both wandering around Sapienza together, and will be for the usual 72 hour ‘elusive target’ period. According to the announcement post, Diana will give you “specific information” to help you take down the correct twin. IO Interactive are billing this target as “the toughest one yet”.

In the same announcement linked above, IO have released their Hitman Companion App for iOS and Android. Its primary function seems to be to keep players up to date with the addition of new escalations, elusive targets, and featured contracts.

Next Alpha Round for LawBreakers, Dev. Diary from Boss Key

By Kevin Foley38 mins ago
News