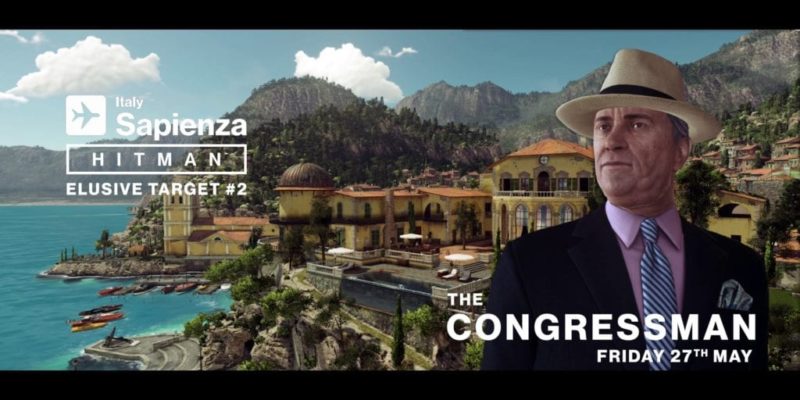 Those who own the Sapienza episode for Hitman can try their hand at murderising a second ‘elusive target’ in the form of a wobbly-jowled congressman.

The congressman (who IO have diplomatically decided is an ‘Independent’ rather than Democrat/Republican) will be strolling around somewhere on the Sapienza map for the next 48 hours. Actually, that’s more like 44 now, since he’s been ‘out’ for a few hours. Time is of the essence if you want to have a go at one of these.

Same rules apply as with the first Hitman elusive target. You get one ‘run’ at this, so a death means failure with no chance to retry. And however you pull the assassination off (if you pull it off) is the style and score you’ll have to live with.

Here’s a trailer with a bit more intel.