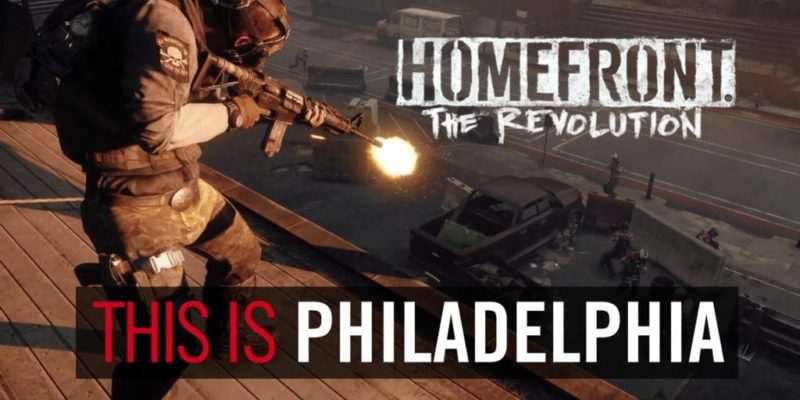 As previously semi-confirmed by a retail promotion, Dambuster Studio’s Homefront: The Revolution will be released for PC on 17 May.

Though the current developers are the Deep Silver-owned Dambuster (previously Crytek UK’s Free Radical), the Homefront sequel has changed hands several times over the past years. It suffered from both the collapse of publisher THQ and Crytek’s financial issues in 2014.

Despite this, and a fairly poor reception for the much-hyped original Homefront, this follow-up looks like it will now survive and see a full release. That’s the kind of gritty back-story you need if you’re going to see out a revolution.

Like the first title, Homefront: The Revolution takes the somewhat ludicrous premise of a North Korean occupation of America as its starting point. It’s 2029, and Philadelphia is being run like a military-police state. Obviously your character isn’t going to put up with that sort of thing, so it’ll be up to you to revolt and spread some open-world chaos throughout the city.

According to the promotional blurb, “you’ll uncover safe houses and other tactical locations from which to mount an attack; you’ll disrupt KPA propaganda, disable their security, and infiltrate and destroy high value targets; you’ll intervene to save civilian lives, or assassinate high ranking officials.” All in the name of a lovely revolution.

By Jake Su5 hours ago0
News