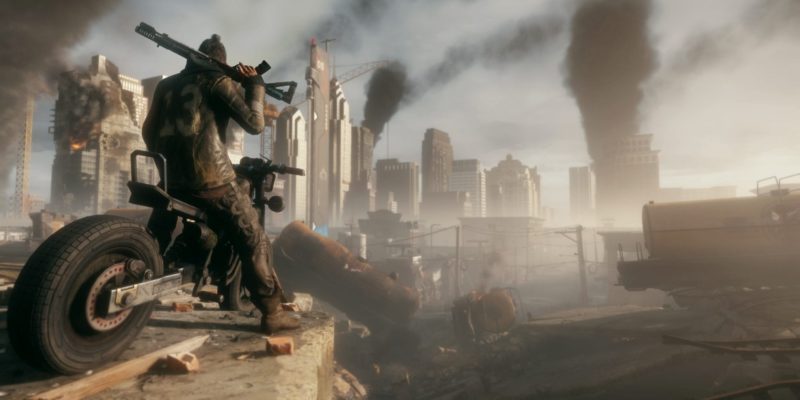 Homefront: The Revolution is a game that’s already on its third developer (THQ Montreal, Crytek UK and now Deepsilver’s Dambuster Studio) and third publisher (from THQ, to Crytek, to Deep Silver,) but it valiantly refuses to die.

That kind of development juggling would probably have killed off most games, and, admittedly, doesn’t exactly bode well for a cohesive final release here. However, that hasn’t stopped it making an appearance during Microsoft’s Gamescom event in both CGI and very scripted demo form.

Only the CGI one seems to have gone up via ‘official’ channels so far, which is a bit strange. So the gameplay-ish footage below is from a bootleg stream capture.

At the last check-in, Homefront: The Revolution was due in 2016.

Here’s the CG one with a small child being prodded into saying nice things about the new North Korea overlords of America.

And here’s the gameplay demo, showing a bit of (what will ultimately be) open world play. In this mission, the revolutionaries are hacking into a data node for info.

And, just to round things off, here are a few new images from the game.