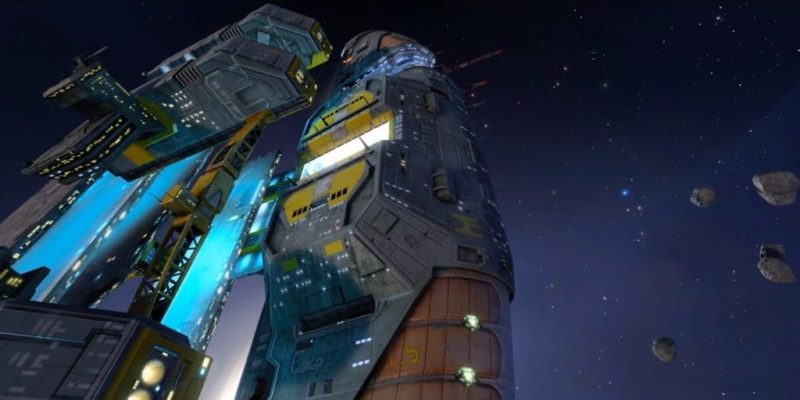 When Gearbox picked up the Homeworld IP from the now defunct THQ we were a little surprised. At the same time, there was a sense of optimism about the possibility of the IP making a comeback. The first Homeworld was released way back in 1999 and I’ll admit I have attempted to fire it up a few times in the past decade because I had such fond memories of the game.

Loading up the original Homeworld is always a slight disappointment, because as with many older games your memories of a visually stunning title don’t quite match up with contemporary reality. While Relic’s art direction was exceptional for the time, the technology they were working with wasn’t up to scratch compared to what we have access to now. That said, Homeworld 2 still looks really tasty today if you crank the resolution right up. 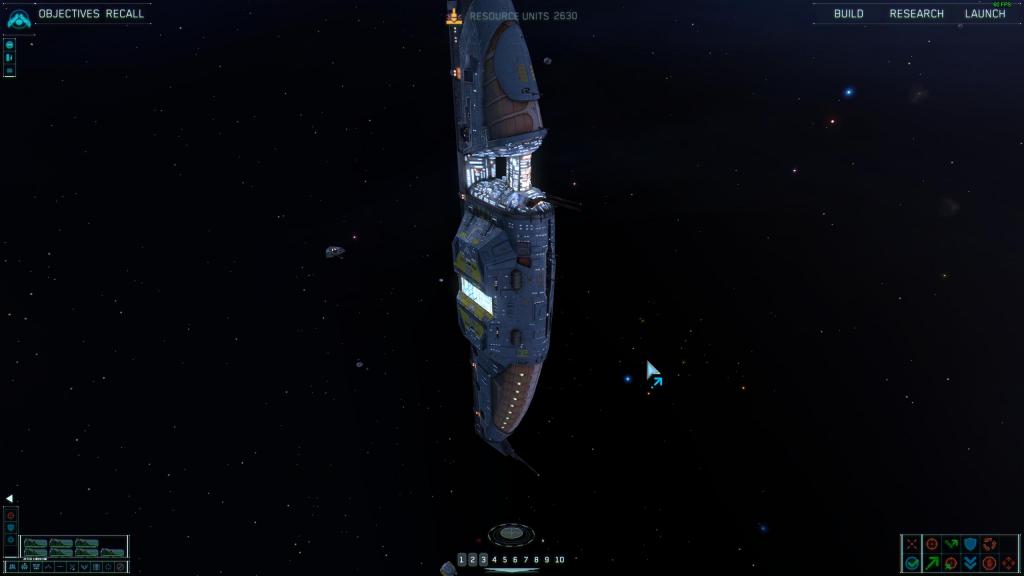 Sixteen years on, and instead of Gearbox taking the IP and creating a brand-spanking new Homeworld as some may have expected, they’ve taken the two original games and “remastered” them. Gearbox has kept the games largely as they were, but added the videogame equivalent of spit and polish to bring the two titles closer to what’s expected in 2015; no doubt hoping to entice a few new players to take the plunge. Players of the original games may be wondering how much remastering is really necessary, but there are many reasons why the Homeworld games deserve to be revisited. Especially the original.

Back in the 90s the Real Time Strategy genre was stuck in a relative rut. Warcraft and Command and Conquer were proving massively popular, but with video card improvements coming on leaps and bounds the genre needed something new; something that would make anyone who saw it sit up and pay attention. When I first saw the original Homeworld at a press event in 1999 it literally looked out of this world. Here was an RTS that was taking the player into a game world that was fully 3D with no flat maps. The action was happening all around you. Homeworld seemed to be taking the RTS to another level, all within a space universe that was not black and boring, but colourful and vibrant.

Launching Homeworld 1 for the first time was a great experience, not just because it looked superb for the time, but because of the opening audio: Barber’s “Adagio for Strings.” This is an extremely moving piece of music that immediately pulls the player into the game, as well as the narrative plight of a race who were about to set out on a mission of exploration and survival. The fact that it was an RTS was almost secondary; you were put in control of this epic space adventure and it was up to you to make sure the mission was a success. There aren’t many games that can immediately pull people in like this. That’s why Homeworld needed to be remastered and given a chance with a new audience. 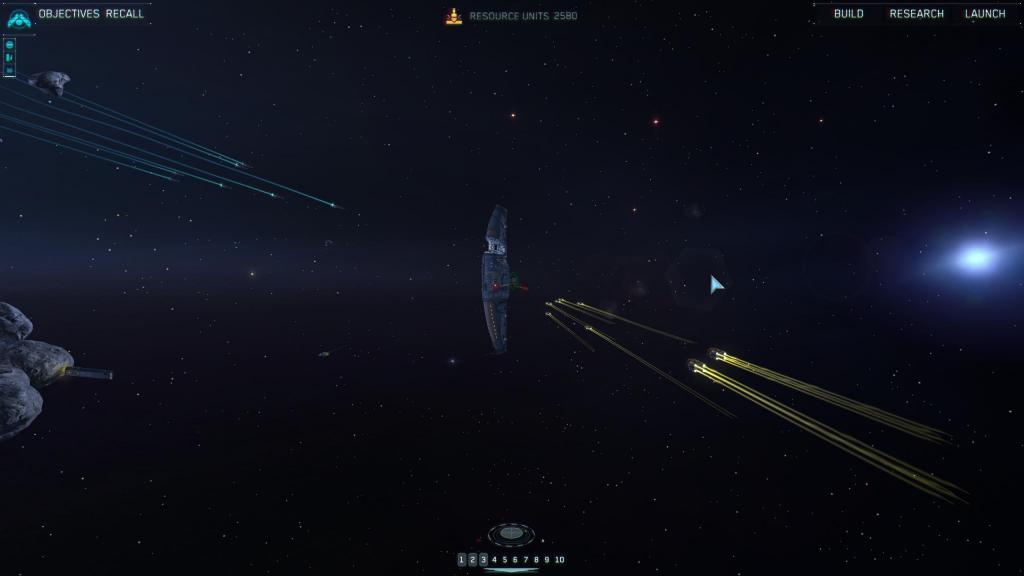 Homeworld was a hugely successful release for Relic, so it was inevitable a sequel would be made. It took a further four years for the second game to arrive, and in that space of time PC tech had already moved on to the point where Homeworld 2 was a vast improvement. It wasn’t just the graphics that received a makeover, the interface was much more intuitive too. Relic had also rather sensibly kept a similar audio style.

Homeworld Remastered is quite an undertaking, especially with regard to the original Homeworld which, in retrospect, had a much clumsier interface and control system. Fortunately, aspects of the game such as the outstanding audio have been left intact. Paul Ruskay’s superb music and audio was one area of the game that didn’t need to be messed with. It’s simply outstanding. The original voice actor from Homeworld 1 also re-recorded all her lines for Remastered, and it’s a joy to hear them again. She really did an excellent job in the first game, but missed out on the second due to being pregnant at the time.

The most striking and obvious change is the game interface. In Remastered, Gearbox has taken the interface and control system of Homeworld 2 and stripped it back to increase the player’s view. The large interface at the bottom of the Homeworld 2 screen has been replaced with smaller icons and boxes dotted around the corners of the screen. This interface is a lot slicker, but also highlights the fact that you need to master the hotkeys. I’m still torn on whether I prefer the original Homeworld 2 interface over the new one but that could simply be down to familiarity. 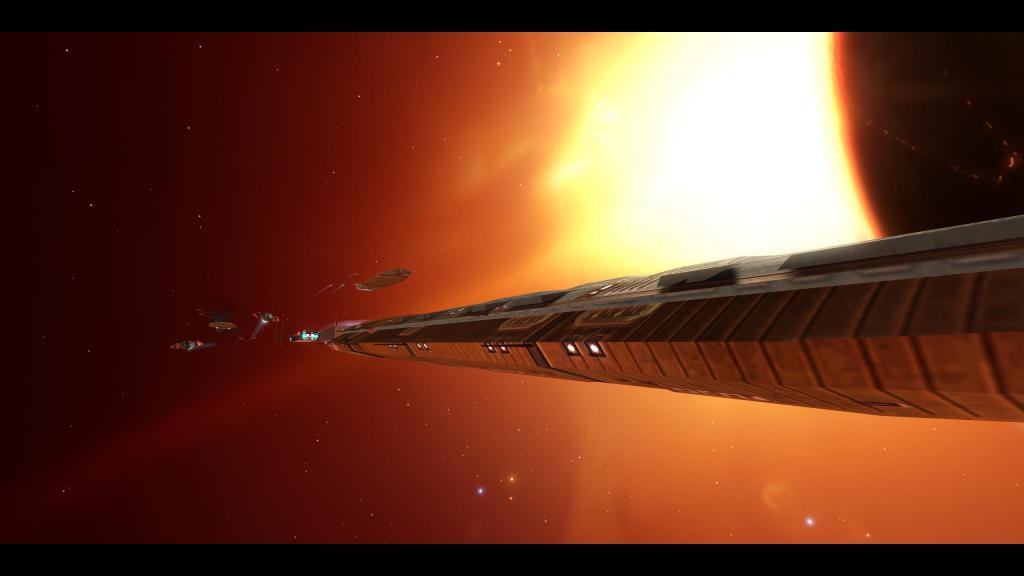 There’s a lot to deal with in either Homeworld game, whether it be building, researching or moving units longer distances via the large map. This is why mastering the hotkeys is essential. It’s so much easier to pop up the build menu with a single key press than moving the mouse around, because at any point in a mission there are units to control almost all the time. All the hotkeys are configurable from the options, and the original key bindings have been carried over into Remastered for both games. If you’re a Homeworld pro then it should all come back to you quite naturally. I found myself more often than not using hotkey actions, the ones I could remember, rather than interface clicking.

When playing on a higher resolution, in my case 2560×1440, the interface is quite small, but there is an option to scale it up which makes things a little easier on the eyes.

The darkness of space never looks that dated in games, but in Homeworld space was never a dark void. Its vibrancy was one of the most striking features of the original game. In Remastered space looks even more gorgeous, with more detail and colours that really pop.

The most noticeable difference is with the ship textures. Original Homeworld looks a little ropey in the texture department these days, but Remastered has addressed this with a fantastic increase in detail for all ships in the game. They now look brilliant by today’s standards. There’s less of a giant leap when it comes to Homeworld 2. The sequel still looks decent to this day, but Gearbox has still managed to improve the look and sharpness of all the units. What’s most striking is that if these remastered versions of the games were released today for the first time, you’d be more than happy with the visuals. 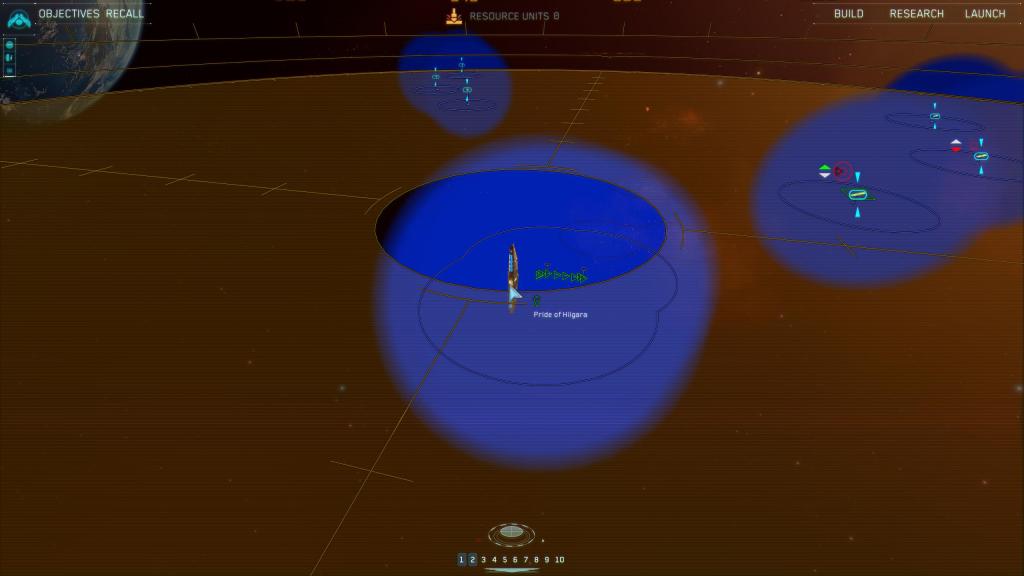 The map in both remastered versions has been improved

As Brian Martel pointed out in our recent interview, the initial challenge was to port Homeworld into the Homeworld 2 engine. From there, Gearbox worked to make sure there was some consistency between the two games, before starting work on bringing both up to speed at the same time. This approach appears to have worked incredibly well, because with the interface and control system now unified, there’s little difference when jumping between either of the Remastered versions. Both games do retain some of their unique qualities though, so small differences such as unit AI are still present.

Homeworld fans will be eager to check out the game’s multiplayer, because Gearbox has rewritten the net code and unified both games into a single client. One huge plus is that all factions and maps from both games are now brought together in one neat single game client. This is a huge undertaking, so there will be work to be done even when Remastered is released to make sure factions are properly balanced. Expect this to be tweaked during what they are calling a “beta” period. This is an area we will be looking at more in the coming days.

The more cynical among you will be wanting to know if Homeworld Remastered is a simple cash-in for Gearbox to make a few bucks from a purchased IP. As should be clear from the amount of work done on both of the original games, this is not the case. Should you think about buying it though? I think for fans of Homeworld this will be worth an investment, though mainly for the multiplayer. The single player missions are the same. 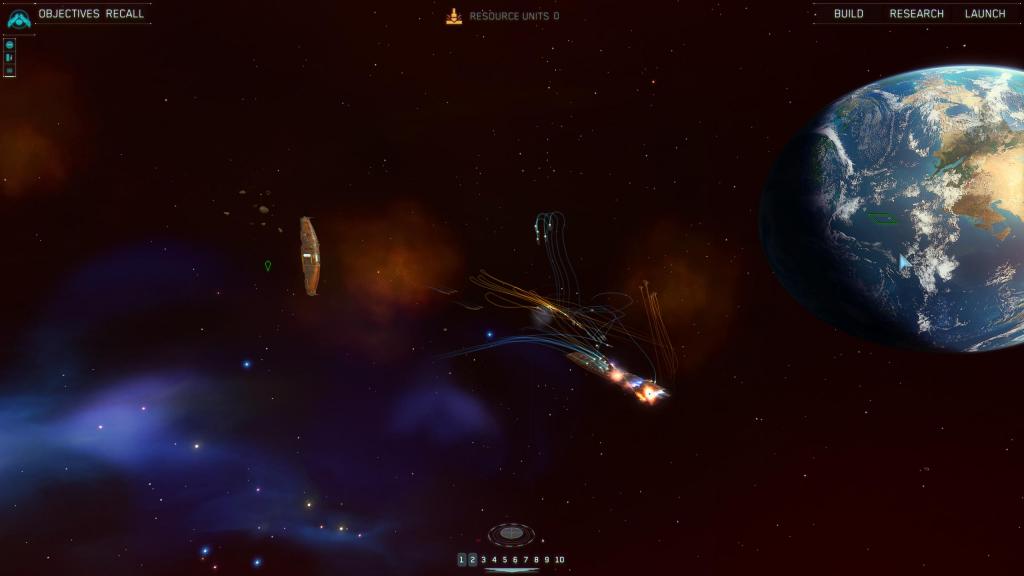 Ships move like a shoal of fish in Homeworld 2

If Homeworld passed you by in 1997 and 2001 then shame on you for not paying attention. You may of course be too young to have enjoyed Homeworld when it was released, in which case this is an opportunity to find out why this is such a much loved series. It’s worth also pointing out that the game comes with the original Homeworld 1 and Homeworld 2 so you can try the old versions before playing the both the newly improved games.

Playing Homeworld Remastered this week has transported me back to my 20s. The late nineties was a golden time for PC gaming and Homeworld was one of those games that helped push the RTS genre and PC gaming forward. To see the game being lovingly brought up to 2015 standards is a joy and Gearbox, with the help of some of the original Relic Homeworld team members, look like they’ve done a fine job so far.

We’ll be spending more time with the games before launch, but in the meantime you can watch our comparison videos for both Homeworld and Homeworld 2.