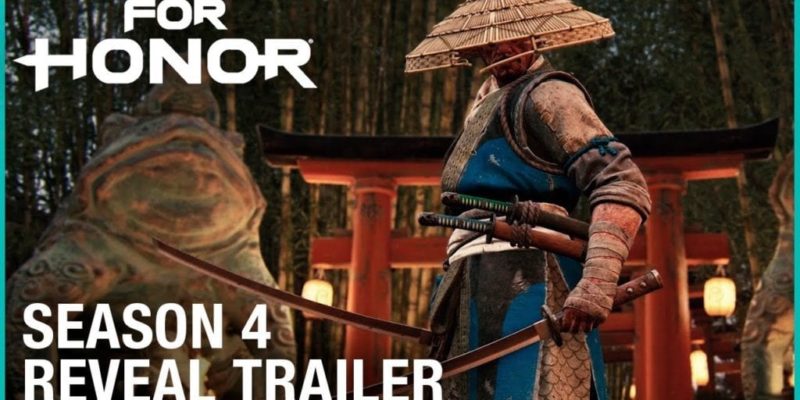 Ubisoft have spelled out what’s on the way in For Honor Season 4, dubbed ‘Order & Havoc’, launching on 14 November. It’s the usual sort of thing, a new competitive 4v4 mode called Tribute, two new maps, and a pair of new warriors. Plus additional customisation items.

Tribute is an objective-driven mode (and, as mentioned, 4v4) in which teams will fight over control of three Offerings. Capturing the Offerings and bringing them back to team Shrines will secure victory. The twist on the formula here is that the Offerings will grant different unique team-wide buffs when presented at the Shrine, so I guess you need to decide which one to really go after.

For Honor will also be getting Ranked Dominion mode. That’s due “later in the season,” however.

Expect two new maps; Market Town and The Gauntlet. First of the two new heroes is the Aramusha (Samurai Hybrid), who can dodge and attack quickly with their duel katanas. Sounds like the playstyle here will be based around punishing opposing mistakes with rapid hits. Your second hero is the Shaman (Viking Assassin). The Shaman is an aggressive warrior who smacks people around with a hatchet and dagger combo.

Season Pass holders will get those two For Honor heroes immediately on 14 November. If you don’t own the Season Pass, they will still be available, but for 15,000 ‘Steel’ at the later date of 21 November.

Ubisoft have also confirmed that there will be a free weekend for For Honor, running from 9-12 November. This will include all game contents “up to Season Three”.

Pillars of Eternity to get free Deadfire Pack DLC this month