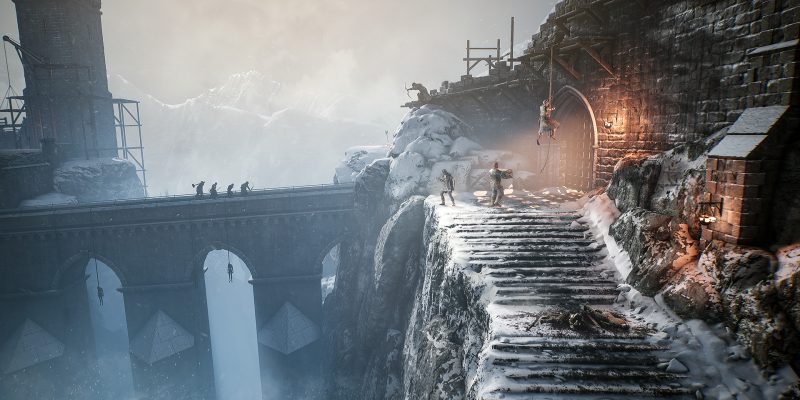 Hood: Outlaws & Legends is a PvPvE game that pits your squad against rival players and multiple AI-controlled guards. The objective is to steal a treasure chest and extract it, all while avoiding any mishaps along the way. Still, there are several intricacies that can make or break your run. Here’s our beginner’s guide and combat tips for Hood: Outlaws & Legends.

Heists vs. Training vs. Hideout

Hood: Outlaws & Legends only has two game modes (Heists and Training), and there’s also a player hub known as the Hideout. Your Hideout is where you can change your character, perks, weapons, and armor. Remember that weapon and armor pieces are mostly cosmetic in nature. Oh, and you can also check out the daily challenges that award XP and gold. Furthermore, the Hideout has a few training dummies that you can smack around just to test the attacks of your characters.

Meanwhile, Heist mode is the premier activity in the game. Your squad of four players will face off against a rival team. It’s a race to steal the key from the Sheriff, open the treasure room, grab the chest, and bring it to the extraction point. Since this is a PvPvE mode, you can expect enemy NPCs to attack you and other players too.

Lastly, Training mode is basically Heist mode minus the rewards. It’s a way to learn the maps on your own, though you can invite people you’ve already buddied up with.

Note 1: Hood: Outlaws & Legends allows cross-play. However, this is purely for matchmaking and you’re not allowed to invite people if they’re on a different system.

Note 2: As mentioned in our official review, matchmaking can take a while. This might simply be due to a lack of players during the “early access headstart” stage prior to the game’s release. Still, I’ve heard rumblings that having cross-play enabled (via the gameplay settings) might make matchmaking take longer. 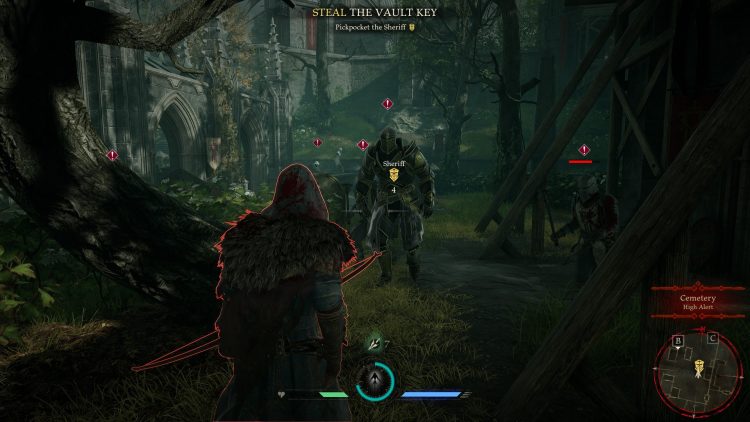 Hood: Outlaws & Legends has four playable characters, and your team is not limited to a single one. That means you can run around with four Mariannes, or have three Tookes and a single Robin. The choice is entirely up to you. However, do take note of the team’s composition. Although you can stack similar picks in your party, each character still fulfills a particular role that can help turn the tide of battle:

Note 1: John and Tooke are better suited to carry and extract the chest. Robin and Marianne will have a tougher time when doing these things. That means Robin players should be off to the side, ready to shoot hostiles. Meanwhile, Marianne players must be set to ambush anyone who advances towards your teammates.

Note 2: Each character levels up separately. Try to focus on just one or two characters that you like and max them out to unlock all their available perks. 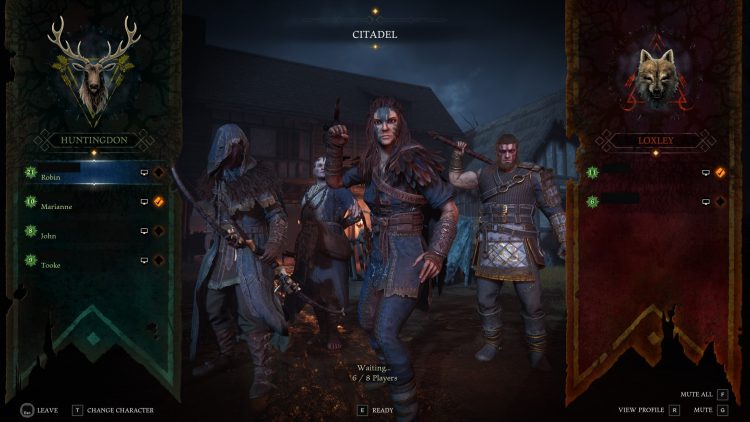 Each character also has their own specific gear type or bombs (“G” key). You can obtain these when you find caches or boxes on the map. There are also ammo crates that allow Marianne and Robin to replenish their arrows/bolts.

Likewise, do look out for rope ladders. You can shoot these to give your team an additional means of traversing the map.

Marking targets and finding the Sheriff

Be sure to mark targets often by clicking on the middle mouse button. Not only will you give your teammates the heads up, but you’ll also gain a bit of XP. When allies kill enemies you’ve marked, you’ll even gain extra XP due to the assist.

As for the Sheriff, this lumbering knight can only be stopped, but he cannot be killed. The goal when you spot him for the first time is to sneak up behind him to steal the key. This will let you open the vault to grab the chest. Speaking of grabbing, watch out if the Sheriff is facing you. Within a second, he could lunge and choke you to death. 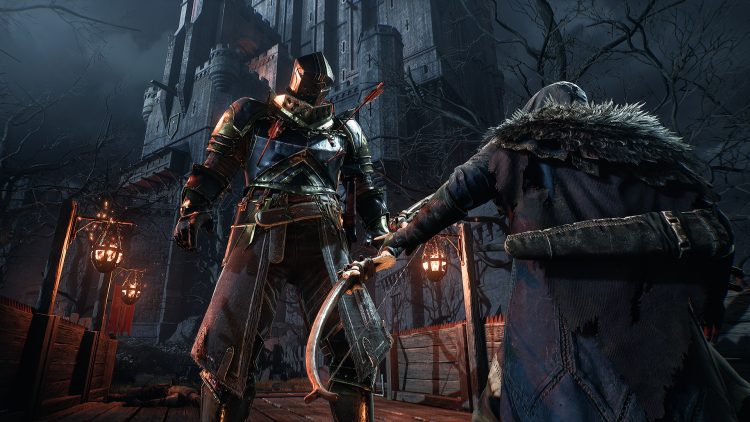 Enemy AI in Hood: Outlaws & Legends can be a little inconsistent at times. The knights and crossbowmen that you encounter can be dumb as rocks, or they can be fairly aggressive. Fortunately, you can take a look at the icons above their heads to denote their status:

Note: If guards spot someone, that area will be on lockdown. The portcullis will drop and only John can lift it. If he’s not around, then you’ll need to find another way to reach a different area. 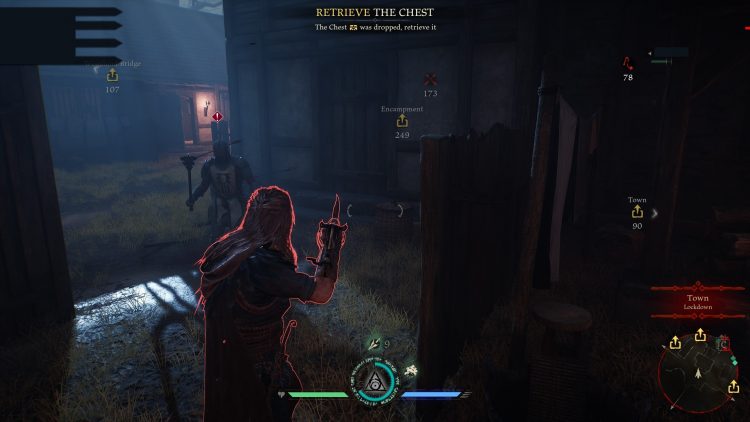 Getting into the thick of the fray vs. assassinating from behind

All characters in Hood: Outlaws & Legends can stealthily assassinate targets from behind. However, there are some tidbits that make others more suitable depending on the situation.

For instance, characters like John and Tooke, more often than not, just run straight for hostiles to smash them. Their running attacks can easily take a chunk of your health or kill you outright. Combine this with powerful swings and you’ll realize that they can hit multiple foes. If you’re up against them, make sure that you’re either blocking (as a melee character) or dodging (as a ranged character).

Robin, meanwhile, is very deadly from afar. Pros will likely headshot their targets with ease (heck, you should be fine as long as you aren’t using a gamepad). At close range, though, Robin is a pushover. As such, if you’ve picked him, try to avoid situations where you can get cornered.

Lastly, Marianne is more unpredictable. She can use her hand crossbow at medium range, but she likes to get behind targets to backstab them. Heck, if we’re talking about AI guards, then Marianne can just assassinate them from any direction. Those who choose Marianne are likely to try and circle strafe around rival players, spamming the “E” button while crouched just to get a quick assassination. But, if you see a careless Marianne coming for you, try to keep your back to the wall. 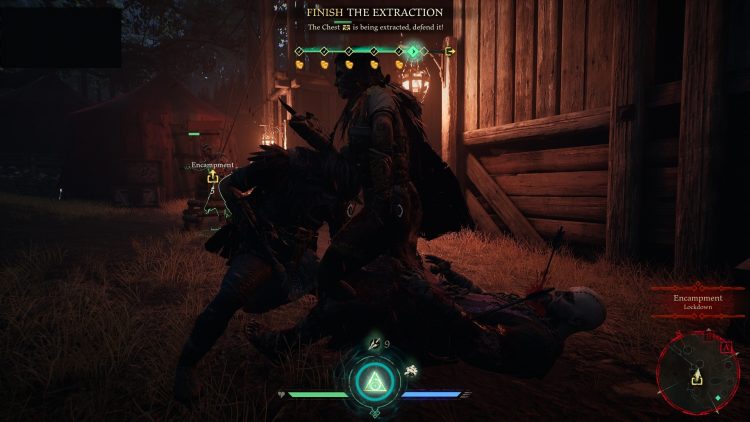 Cheesing your way to victory: Going for the objectives vs. capturing spawn points

Let’s recap the objectives in each Heist match in Hood: Outlaws & Legends:

These tasks are fairly straightforward, but the enemy players can also stymy your progress since they have the same goal. As such, you can either decide to play the objectives from start to finish or adapt accordingly. For instance, it might be better to capture the spawn points on the map. Although there are default spawn points for both teams, the other locations can be used to quickly get back to the action after respawning.

Likewise, it’s even possible to cheese your way to victory by letting the enemy team do everything. Once they’ve started winching the chest, you can watch as their progress is about to be completed. Then, strike out and ambush them when they least expect it.

Note 1: Only the last “pip” while winching leads to victory. Still, the other pips will provide gold to the team that completes that “checkpoint.”

Note 2: At the end of a match, you can choose to give part of your total earnings “for the purse” or “for the people.” The former is used to unlock a new weapon or armor, and the latter levels up your Hideout. 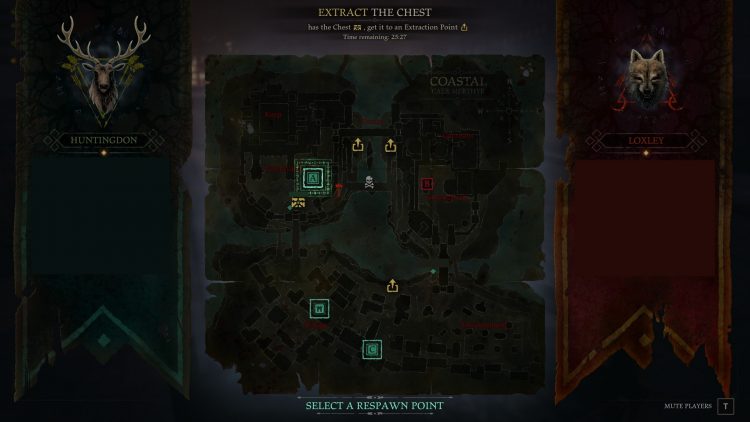 By Logan Broadley16 hours ago
Guides