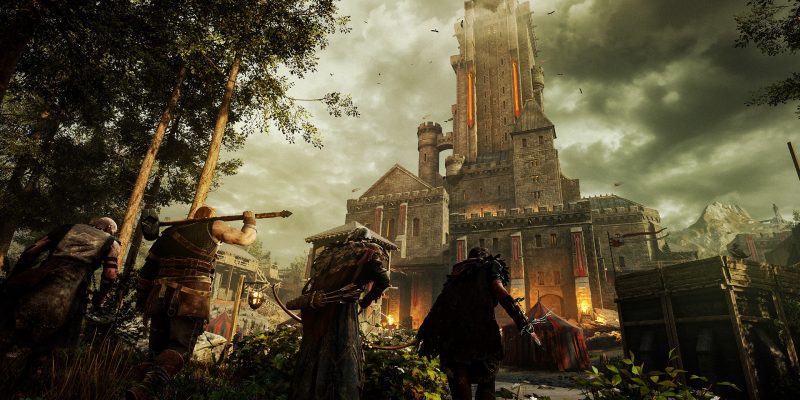 Hood: Outlaws & Legends is a new game from developer Sumo Digital and publisher Focus Home Interactive. It focuses on PvPvE combat, where two teams race to complete a Heist. Not only will you need to watch out for hostile NPCs, but you have to guard against rival players who’ll curb your progress.

However, we still need to ask how well Hood: Outlaws & Legends performs, as well as whether its visuals and controls are good enough. Before we dive right into the details, let’s check out the system requirements.

The system requirements come from Hood: Outlaws & Legends‘ Steam store page. As you can see, the requirements are in line with some action games we’ve seen in recent years. Likewise, I’m well above the recommended specs, too. 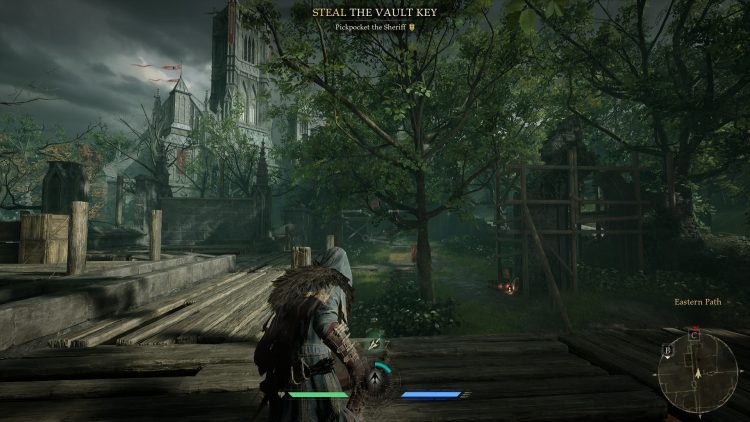 Below, you’ll see the graphics settings for Hood: Outlaws and Legends. Yes, these are the only ones you have, with no advanced options whatsoever. Also, it bears mentioning that the game starts with windowed fullscreen selected, so you’ll want to change to fullscreen for the other resolutions. There’s no drop-down list for resolutions either, so the screen will flicker a few times as you keep switching to your preference. 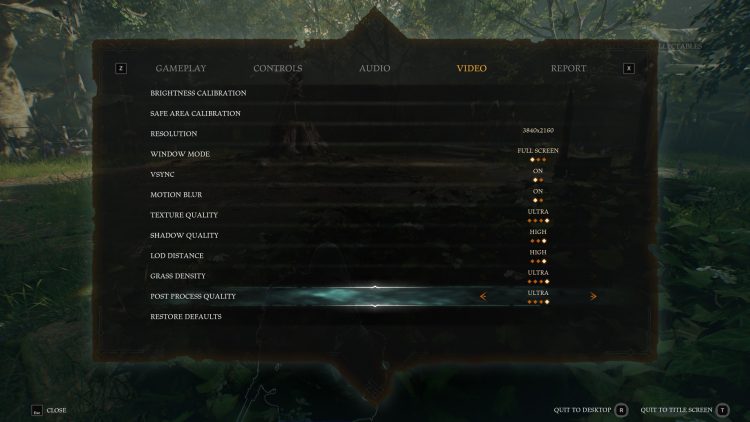 I’ve included several sets of images so we can compare different graphics settings. I disabled motion blur, and I used the 4K UHD (3840x2160p) resolution. 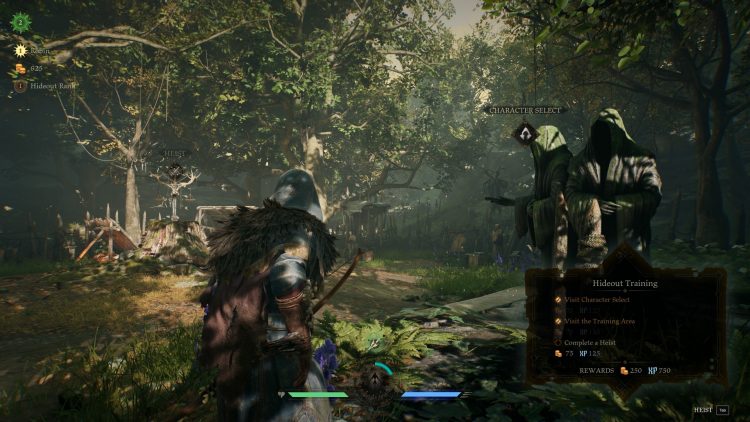 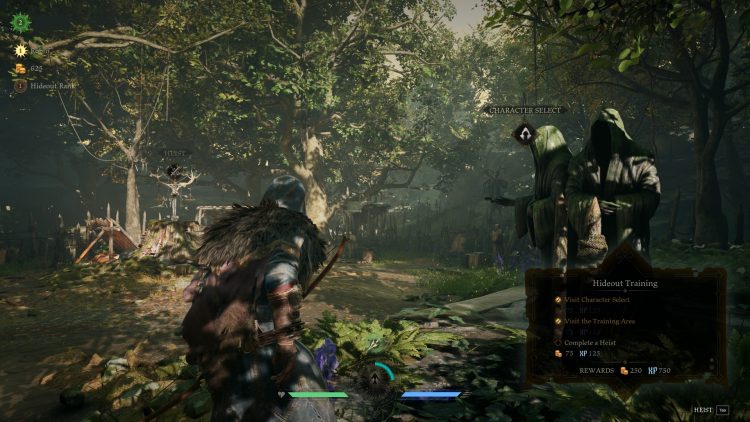 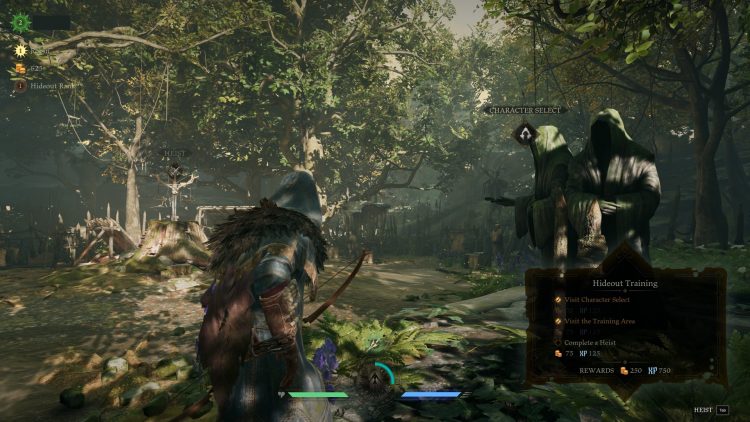 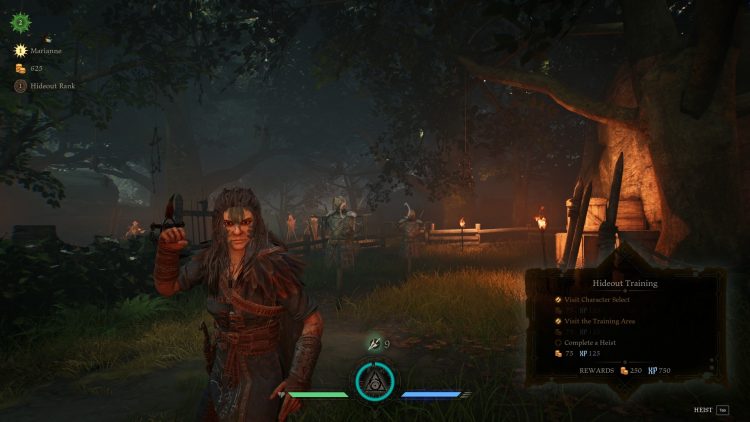 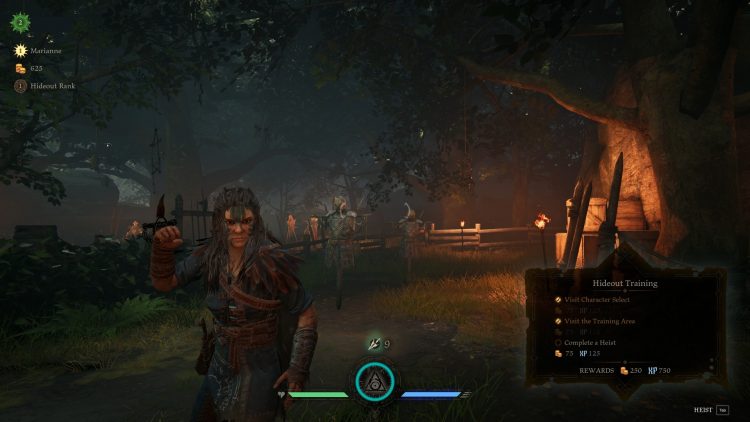 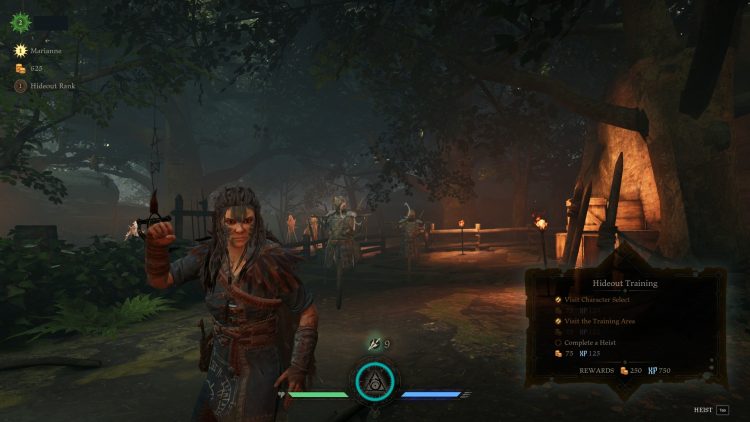 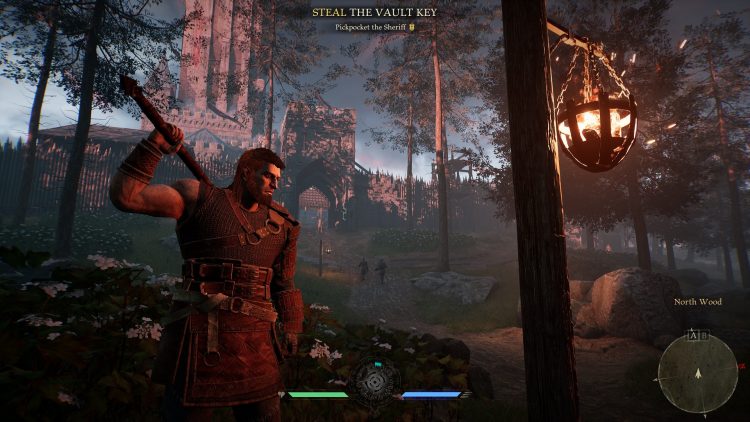 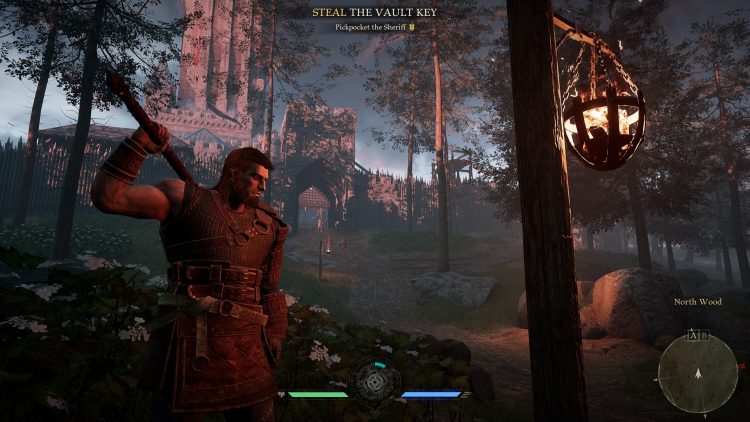 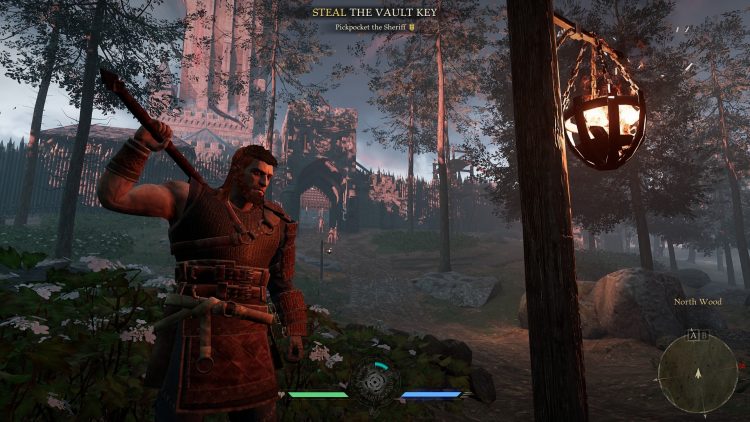 In terms of performance, it seems that Hood: Outlaws & Legends‘ framerates are capped at 62 fps. That’s a surprise since this is a third-person action game. It didn’t really matter if I switched to ultra or low settings since I was only getting 62 fps all throughout. Still, it seems that the game really was designed with this cap in mind. Apparently, attempting to uncap the framerates would cause lag and projectile issues.

You can see the gameplay settings below. This panel also includes a way to enable or disable cross-play matchmaking. To clarify, cross-play is only so that people on different platforms could be queued for a bout. You wouldn’t be able to invite friends who are using other platforms. 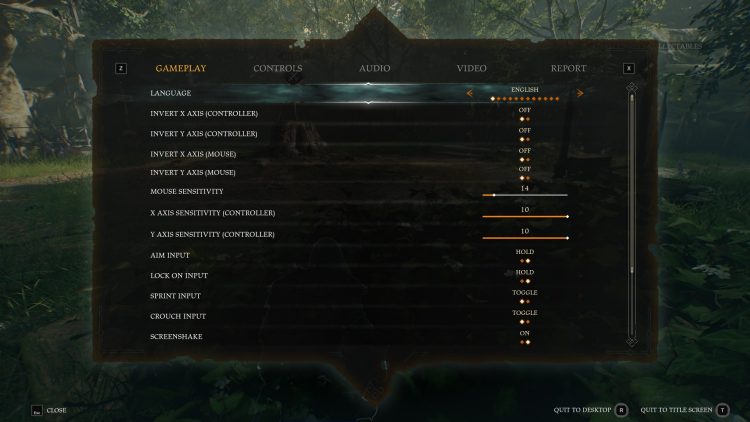 Meanwhile, the audio settings can be seen in the next image. Oddly enough, only voice chat and push-to-talk are allowed since there’s no text chat box. 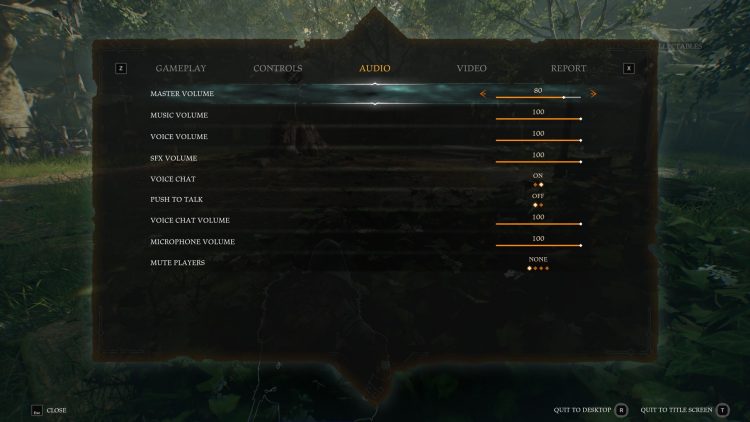 The next couple of images are the controls for gamepads or keyboard and mouse setup. If you’re using a gamepad, the most you could do are generic pings (i.e., attack this or defend me). Sometimes, it can take a few tries to get these to pop. 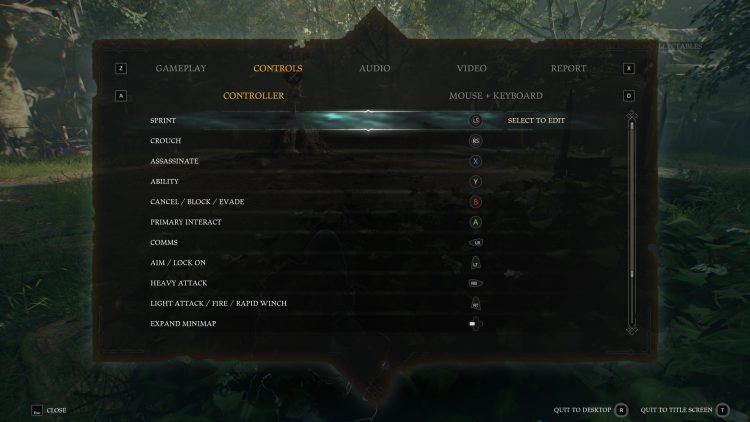 When you’re using a mouse, aiming and shooting a target won’t be a problem. However, there are still instances when you might wish to quickly snipe a nearby player, but your character ends up doing a melee lunge instead. It’s as though the speedy right-click wasn’t recognized at all. 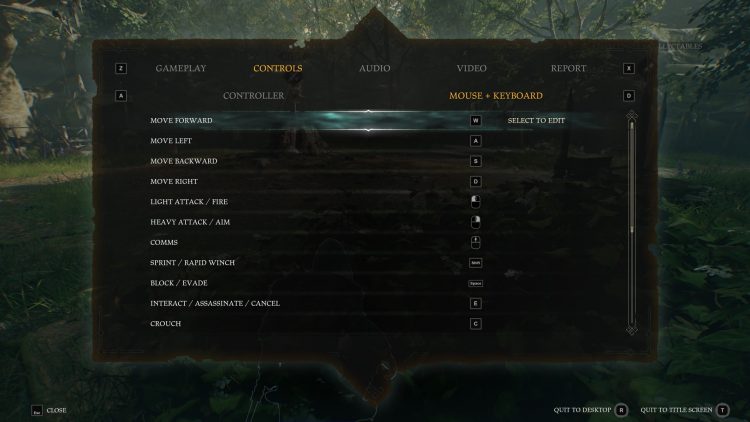 There really wasn’t a lot to go by when it came to Hood: Outlaws & Legends. The graphics settings were barebones, and the visuals themselves don’t look as crisp as they ought to be. The 62 fps framerate cap can also be a turnoff for some players who were expecting more.

Lastly, since this is an online multiplayer/PvPvE game, I do need to mention that you can play it now as part of the three-day early access head start (if you pre-ordered). I can’t comment yet on disconnections, but that’s primarily because I’ve hardly been able to play a single match. There doesn’t seem to be a lot of players at the moment and lobby waiting times can last 10 to 15 minutes. I’ll talk more about this and other concerns in our official review. 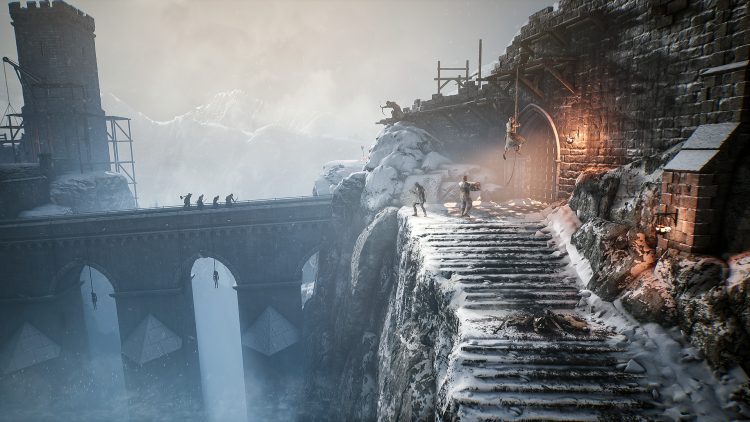 Resident Evil Village: How to escape the castle trap

Necromunda: Hired Gun review — Into the tornado of flesh

Biomutant tech review — No frames for you