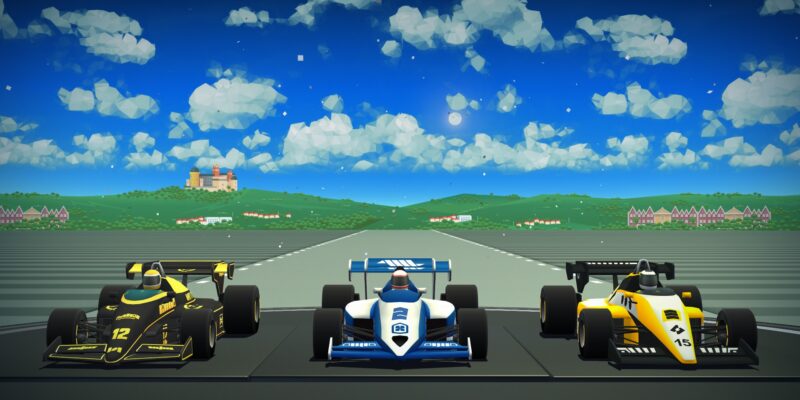 Horizon Chase Turbo already did a lot to make a name for itself when it initially launched back in 2018. This indie darling hasn’t grown much content-wise since then. That is, until the release of this latest expansion: Senna Forever.

Now, for the first time since launch, the gameplay has truly gotten outfitted with what can only be described as a sleek new set of wheels, and a powerful new engine. The Senna Forever DLC adds just enough new mechanics to effectively build upon Horizon Chase Turbo‘s already ace gameplay style.

Of course, what really gives this expansion a name for itself is its sense of speed. After all, it is based on the career of a Formula1 driver. These mean machines are blisteringly quick compared to the cars from the main game. Their acceleration is nearly instant, and the high top speed is emphasized by the blur of the scenery zooming past; especially when seen from the new (optional) first-person perspective. Honestly, it was so fast that I found it to be a bit disorienting, so I mostly stuck to playing from the traditional third-person view. 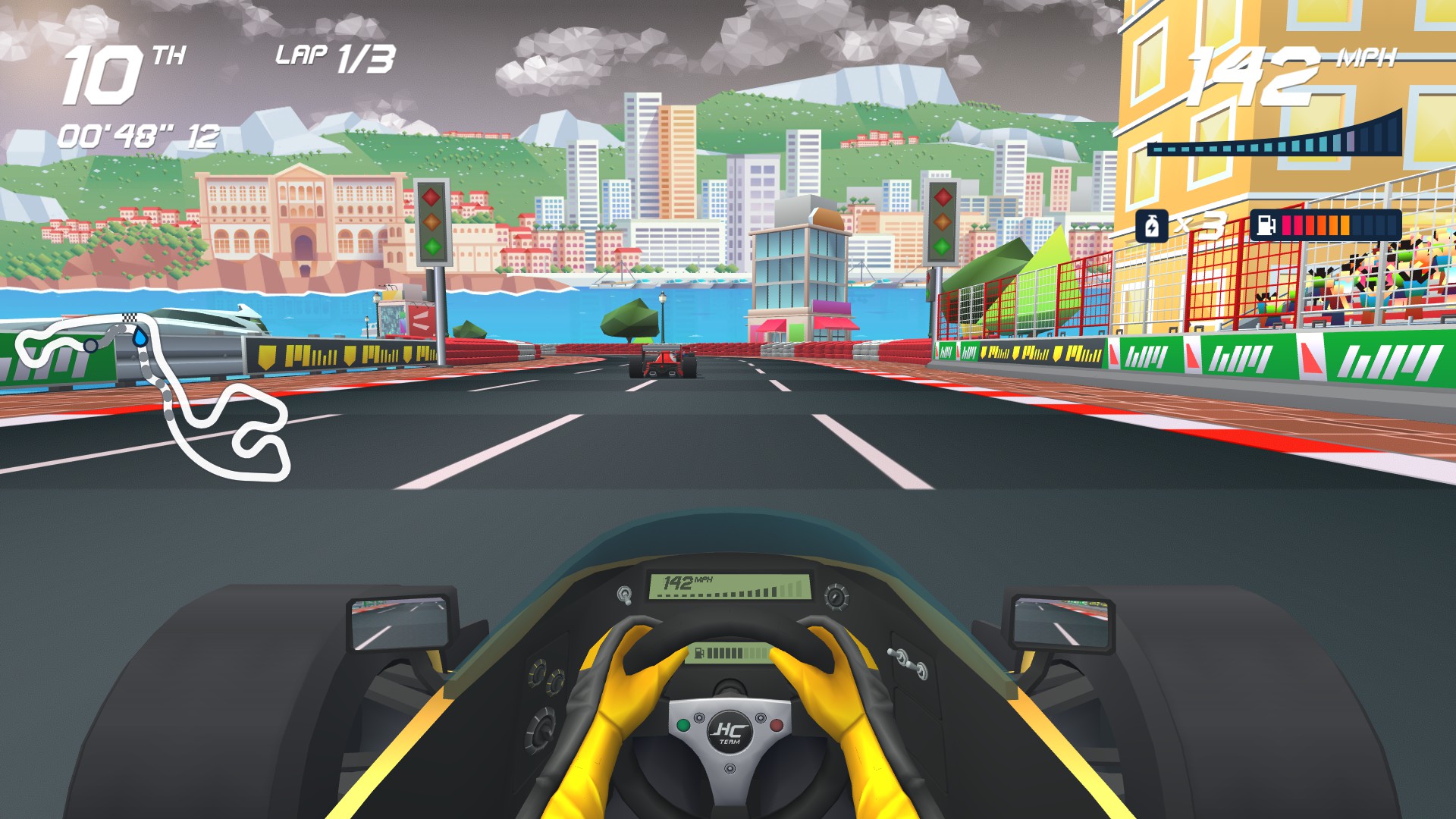 Adding further depth to the new vehicle roster is the ability to select one of three “race strategies” before the start of a new race.

One is for better handling by giving you special tires. The other is a lighter frame that allows for extra speed at the expense of less handling and more fuel. Finally, the last strategy provides extra fuel and one extra container of nitrous. Deciding which strategy to implement depends on the track. If a track is wet and has a lot of curves, the handling strategy is the best. The speed strategy is better suited on tracks with fewer turns and dry weather. The fuel strategy is best used for longer tracks. Even so, most races only last about two or three minutes, considering the high speed and small number of laps.

The gameplay of Senna Forever is separated into two modes: Career and World Championship. The career takes players through the racing history of Ayrton Senna across five chapters. Meanwhile, the alternate World Championship mode puts you behind the wheel of an F1 of your choice to compete in a randomly generated championship series. Various in-game teams participate in these races, and you’re free to select which one you want to race for before the start of each new championship. 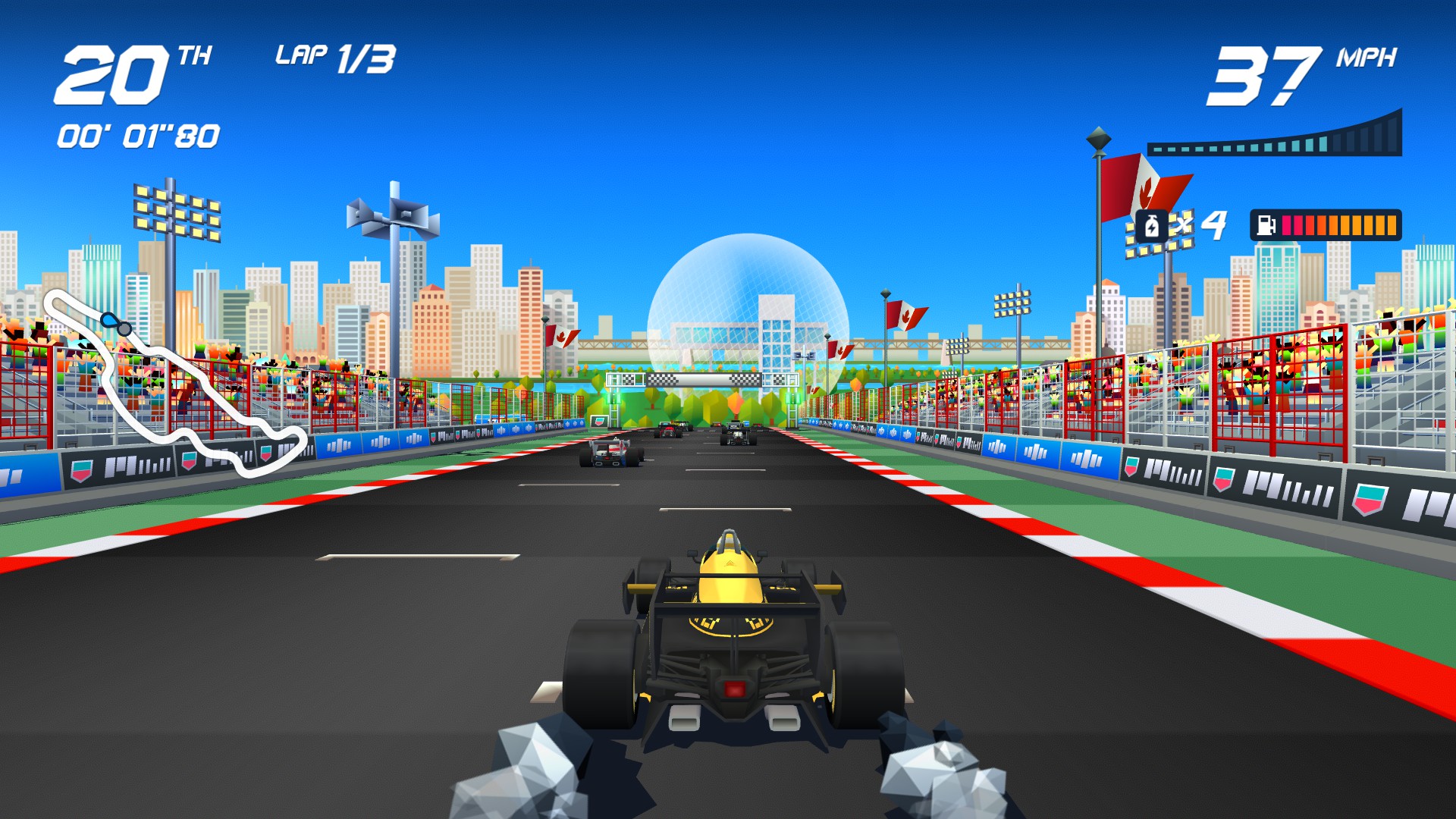 The true difference between the teams is that their vehicles are all slightly different; some are faster, others have better handling. This mimics the real-world of F1 where each team tries to tune their cars to what they consider to be the best spec, despite it being based on the same standard design. The race strategy mechanic is retained here, as well as all of the tracks from the career mode.

It’s cool that World Championship exists separately, and still allows you to enjoy the same new gameplay of the Senna Forever expansion without any interference with the Career Mode. Additionally, it can actually be played alongside other players, though I just stuck to trying it out in single-player mode.

By and large, the Senna Forever expansion for Horizon Chase Turbo is not dramatically different compared to the main game. But, this isn’t a bad thing. It’s different enough to feel like a new experience, but not so drastic that it feels like you’re playing an entirely different game.

It builds upon Horizon Chase Turbo’s already decent model and enhances it for those who want to kick things up a notch. Considering it’s being offered at a mere $6 USD, it’s absolutely worth checking out, especially if you haven’t ventured into the realm of this indie gem in quite some time.

For that price, not only are you getting a solid few hours of new content, but there’s a lot of replay value thanks to the World Championship mode being separated into three categories, each with more random races than the previous category. Thus, there’s a lot to enjoy here, and it’s still a far more accessible Formula1 experience to drift into compared to that of more complex titles like Codemasters’ F1 series. 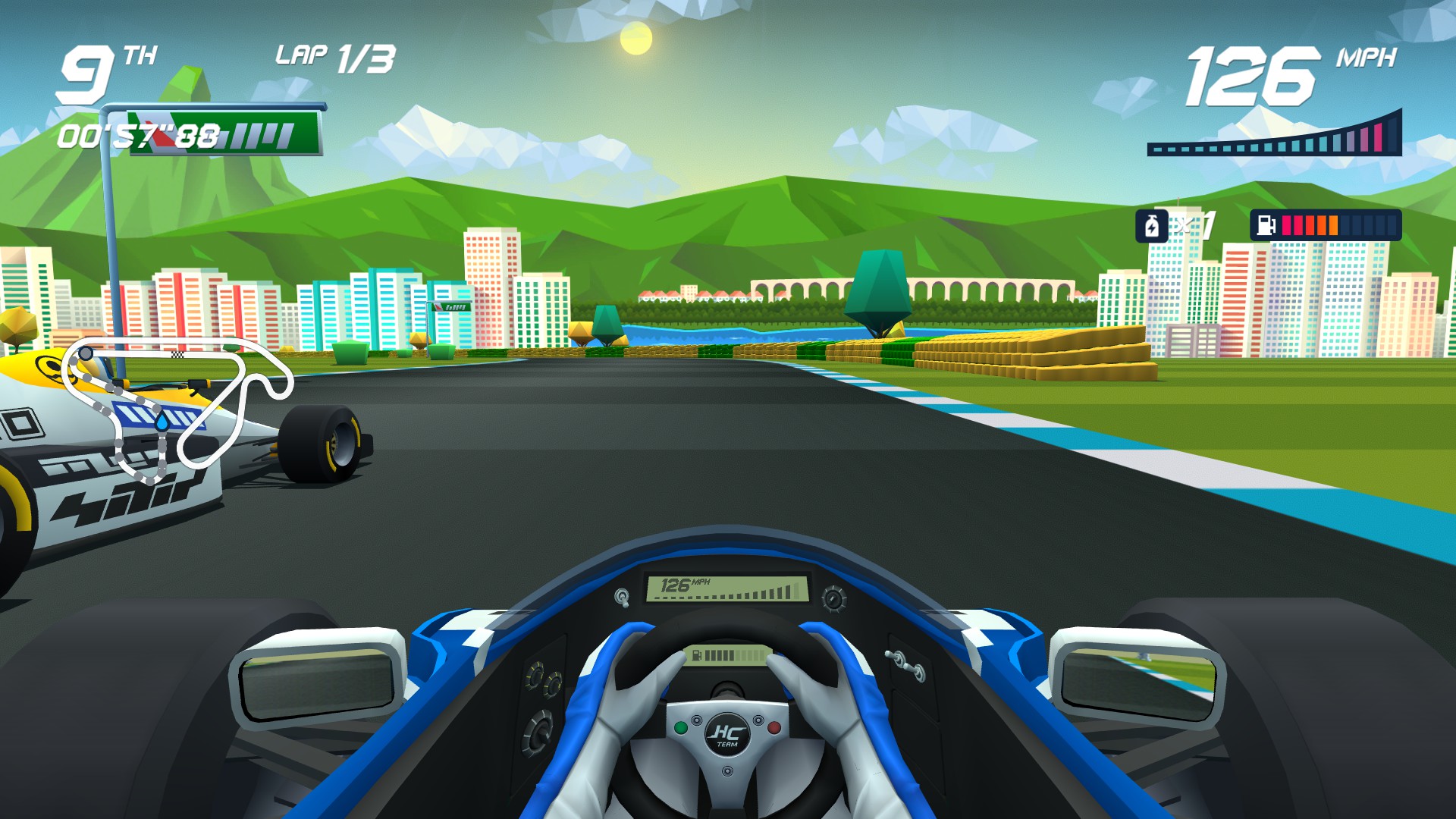