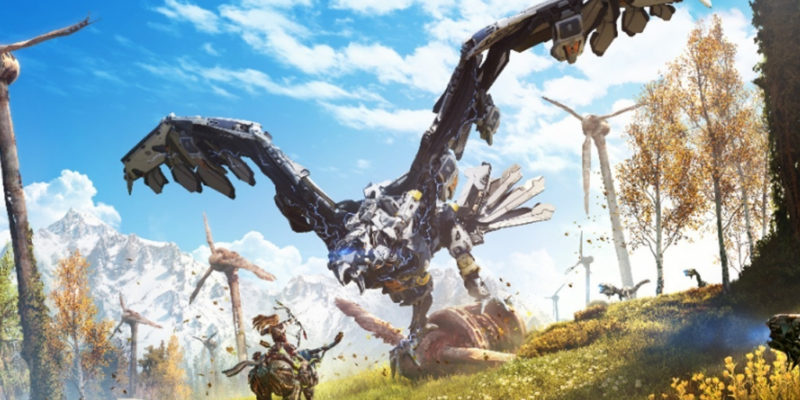 Guerrilla Games is pumping out the good news these days, this time in the form of an upcoming Horizon Zero Dawn comic, planned to release July 22. Set after the events of the game — which is coming to PC, by the by — the comic will tell a new story about Aloy and the huntress Talanah, who also features in the game. The comic will be written by Anne Toole, who also wrote for the game, and will have its art done by Ann Maulina.

A prequel for the comic is also coming, set to release on May 2. Of course, Free Comic Book Day is postponed due to the pandemic; it’s unclear whether this will affect the prequel’s release.

Horizon Zero Dawn‘s story was one of its strong points. It introduces us to an excellent and uniquely shaped world ruled by machine animals. Human tribes live in this dangerous yet beautiful world. Before you dive into this world with the upcoming comic, however, just make sure you play the game first. It does precede these comics, after all.

“Fans are going to absolutely love the stories we have to tell of Talanah and Aloy as we expand the Horizon Zero Dawn universe in this new comic series,” editor Tolly Mags said. “I’m really excited to see their reaction when this explosive new story arrives.”

Talanah Khane Padish is a side-character in HZD, part of a different tribe than Aloy’s. The comic explores her story after Aloy, apparently, disappears.

“[She] struggles to find purpose after her trusted friend Aloy disappears,” publisher Titan explains. “When a mysterious threat emerges in the wilds, she sets out to hunt and to defeat it, only to learn that a whole new breed of killer machines stalk the land!”

What these killer machines might be is anyone’s guess – but knowing Guerrilla, it’ll be something unique. HZD‘s Frozen Wilds expansion did an excellent job of introducing new machines and building on the existing lore. There’s no reason to expect otherwise from these comics.