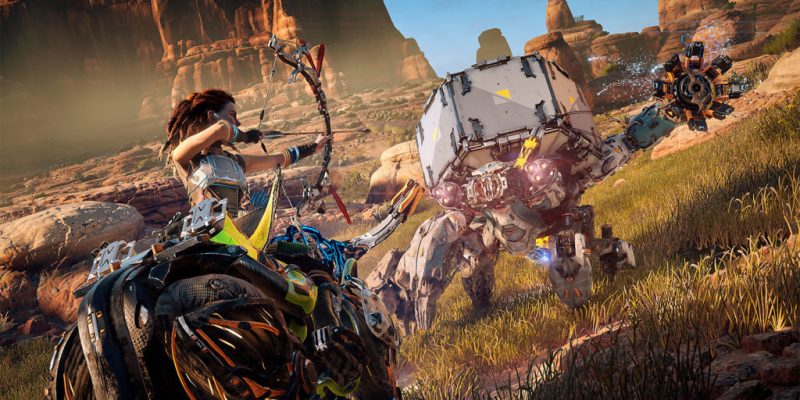 Guerrilla Games’ Horizon: Zero Dawn could be on the way to PC, sources tell Kotaku. The post-apocalyptic robo-dino slaying game has been exclusive to the PlayStation 4, but if those sources are correct, then it won’t be for much longer.

A few years ago, news of a Sony exclusive game coming to PC would be unprecedented. Historically, games published by Sony almost never budged from their home on PlayStation. However, the company published Death Stranding, made by Sony-owned Kojima Productions, for the PlayStation 4 — and that game is on its way to PC later this year. If Kotaku’s sources ring true, we could be witnessing a new type of console generation. One in which console manufacturers focus more on getting games into hands rather than using them as a way to push hardware.

If that’s the case, then we may see Sony trying to match Microsoft’s moves. The Seattle-based company has been publishing games for both Xbox and PC in recent years. Microsoft is also pushing its Xbox Game Pass hard in the last year, enticing gamers with a monthly subscription for both Xbox and PC games. The company has also been sending some of its longest-running exclusives to PC, including Halo: The Master Chief Collection. Halo Infinite, the sixth in the series, will launch on PC and Xbox Series X around the same time, if not the same day. 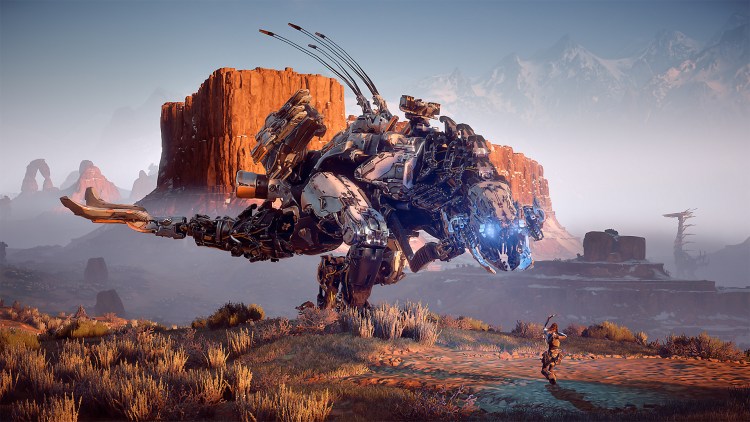 I, for one, would welcome our new robot dinosaur overlords. Horizon: Zero Dawn was a fantastic open-world game, proving to the masses that Guerrilla is capable of more than having you shoot space Nazis. Seeing Horizon running on PC with an uncapped frame rate would be divine. Of course, we can dream about it all day. But these are rumors in the end, and Death Stranding may end up the outlier. With Sony once more backing out of E3 this year, we won’t know if or when the announcement will make its presence.

There’s also the sequel to consider. Horizon: Zero Dawn came out in 2017, and Guerrilla should be well on its way to developing its successor. If the sources are correct, the second game may also head to PC not long after it hits Sony’s platform (whether that will be the PS4 or the upcoming PS5). Taking Death Stranding as a guide, Horizon: Zero Dawn 2 could head our way about a year after its console release. We’ll have to wait and see where the story develops from here.

World of Horror to terrify Steam Early Access in February